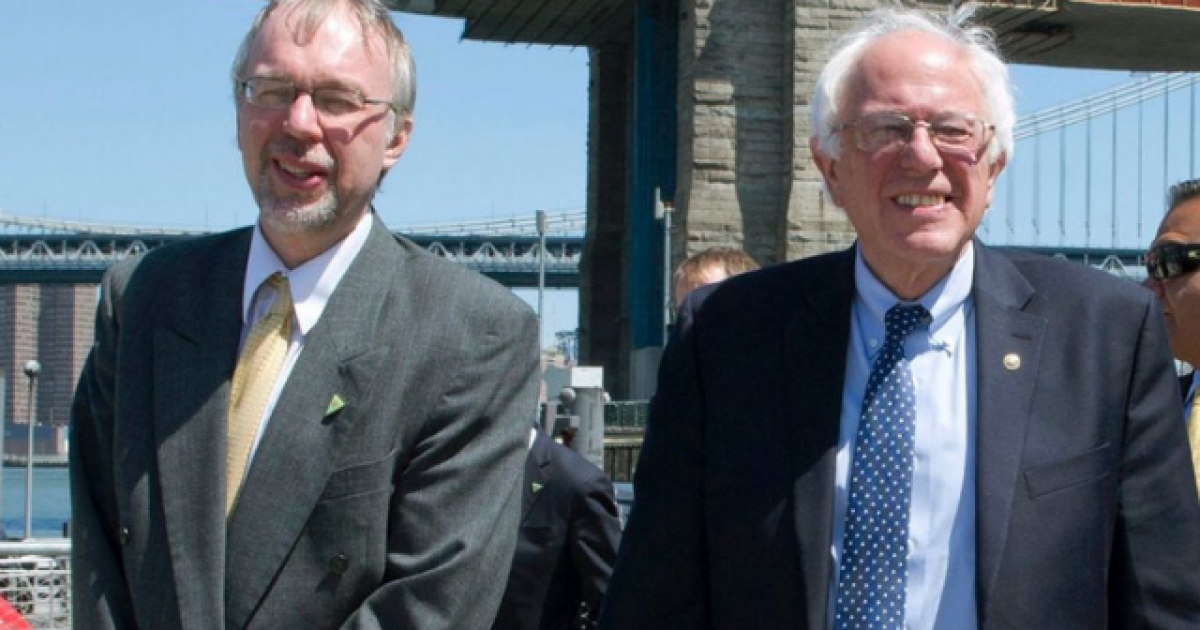 If the future of the Democratic party is socialism, it’s not starting with Bernie Sanders’ progeny.

This is fitting, considering the Senator wouldn’t even endorse his own son, Levi Sanders, because the family doesn’t believe in “dynastic politics.”

How very noble of them.

As taking such a highly moralistic stand often does, Sanders’ move did his son no favors in his first congressional primary.

He lost, and bad.

Levi Sanders was one of 11 candidates vying for the Democratic nomination in New Hampshire’s 1st Congressional District, a seat being vacated by retiring Democratic Rep. Carol Shea-Porter. The seat has seesawed between Shea-Porter and Republican Frank Guinta in every election since 2010.

State Executive Council member Chris Pappas was the victor in the race for the Democratic nomination. With about 70 percent of the vote counted, Pappas had 43.5 percent of the vote; his closest challenger has already conceded the contest.

Levi Sanders, in comparison, had received less than 2 percent of the vote and was in seventh place among the Democratic candidates.

Pappas’ GOP opponent is projected to be Navy veteran and former police chief Eddie Edwards; Guinta is not running this cycle either.

One has to wonder if it would have been any different had his father endorsed him.

Levi did run on his father’s same platform, that is, thinly veiled Marxism.

This ideology seems to be walking a very thin line between giving Democrats hope and being a thorn in their side, and no one seems to be able to decide if they want to just go full socialist or if they want to be entirely honest with themselves and work to win back the votes that went to Trump in 2016.

Considering how much they loathe Trump and resent those who support him, it looks like they’d sooner go full-in for Marx than ever woo a Trump voter.

VIDEO: What a Man Did to US Flags He Stole From Veterans Cemetery is Absolutely Disgusting