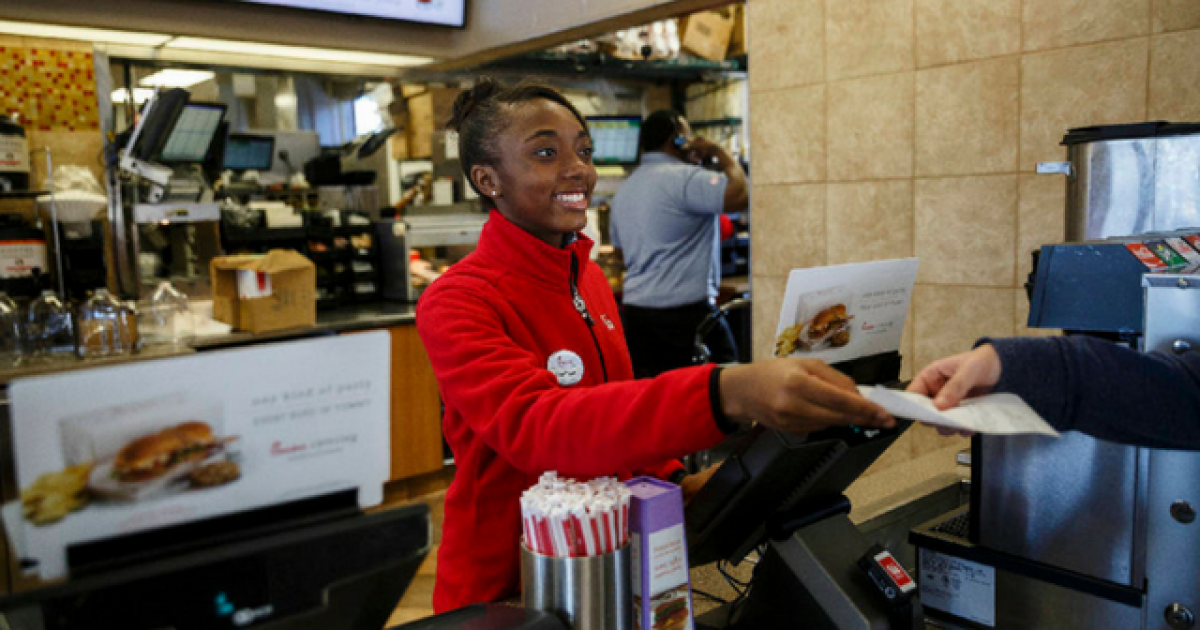 A virtue signaling, self-righteous piece over at the Huffington Post this week is making waves across the internet today as one of the biggest cultural battles of the last decade is revived once again. There’s only one problem–the author is blisfully unaware how similar he is to his ideological enemies.

In a piece insufferably entitled If You Really Love LGBTQ People, You Just Can’t Keep Eating Chick-fil-A by one Noah Michelson in which he equates eating at Chick-Fil-A to literally persecuting gay people.

Michelson says he loved eating at Chick-Fil-A as a kid, but that all changed when he learned of the personal politics of its president, Dan Cathy.

You can imagine how upsetting it was for me when Chick-fil-A’s president, Dan Cathy, proudly came out as a homophobe in 2012 by claiming, “We are inviting God’s judgment on our nation when we shake our fist at Him and say, ‘We know better than you as to what constitutes a marriage,’ and I pray God’s mercy on our generation that has such a prideful, arrogant attitude to think that we have the audacity to define what marriage is about.”

Even worse, the company put its money where Cathy’s vile mouth was by donating millions of dollars each year to anti-LGBTQ organizations via its Winshape nonprofit organization.

As disappointed as I was to learn the chain I had loved as a child was working to make my life and the lives of my fellow queers a living hell, I was heartened by the swift response from the queer community and its supporters. For several years, the only time you’d catch an LGBTQ person or an ally at Chick-fil-A was for a protest.

He goes on to lament the fact that, unfortunately, over time, the LGBTQ community and their so-called allies went back to eating at Chick-Fil-A after they had begun to single-handedly eradicate all personal religious objection to homosexuality, finally landing on the conclusion that if you don’t want to be an absolutely horrible human being, you should still take the bold stand of opting to eat your fast food from one of the other dozens of fast food establishments in America.

No one likes to hear that they’re doing something wrong ― or that they can’t have something that brings them immense pleasure ― but that’s still exactly what I’m telling you.

It’s time to choose where your loyalties lie ― with your community or with your stomach. I’m hoping you can find another restaurant to satiate your chicken sandwich cravings. If all else fails, there’s always this recipe to make a copycat version of the Chick-fil-A favorite at home. Sure, it won’t be exactly the same but it’s pretty damn close, and I promise it’ll go down a whole lot easier without all of that nasty queerphobia you’ve been ingesting.

Michaelson is completely unaware of his own hypocrisy here, as well as his very disturbing relationship with reality.

Dan Cathy, back in 2012, gave his opinion on gay marriage as a Biblical Christian. Secularists, particularly among the LGBT left, seem to be under the impression that when a Christian says that God is wrathful and we must obey His Word to avoid said wrath, that that’s hateful. It doesn’t matter if you believe the Bible or not, we genuinely believe what the Bible says.

If we hated homosexuals, we’d be perfectly happy to see them continue in their sin knowing we’ll be just fine come Judgement Day, right?

The “anti-LGBT” groups that Cathy donates to such as Family Research Council are actually pro-Christian groups that, again, with a Biblical perspective, believe that God’s view of the family and sexuality are morally positive for society. Yes, these groups have actively opposed gay marriage.

But it’s hyperbolic and difficult to respect when Michaelson jumps from an individual who owns a company and has personal beliefs that he acts upon philanthropically to Cathy “trying to make his life a living hell.” A civil union with your same-sex partner rather than a wedding isn’t exactly making your life a living hell, and it just goes to further highlight how much liberty the LGBT community has no idea that they have.

Like the liberty to spend their money wherever they chose, or write long, guilt-trippy op-eds in Huffington Post with the support of the entire left-wing media establishment.

The only problem is … Michaelson is exactly like Cathy.

He’s a man with a belief system that doesn’t want to participate in something because it opposes his own personal belief system. He would like to spend his money on causes that reflect these beliefs. He believes these things so strongly that he has no problem telling other people they’re morally wrong for spending their money on things that are inconsistent with his beliefs if they profess to feel the same way.

In a free market system with natural rights, these things normally play out beautifully on their own, and to Michaelson’s dismay, Chick-Fil-A has survived the controversy just fine because they have an awesome product and good principles that help their company function well.

Furthermore, he’s even recommending giving something up that’s very difficult to do so for the sake of one’s principles.

The one difference between Michaelson and Cathy, however, is their purpose for expressing their beliefs the way they do. While Cathy is concerned about saving as many people as possible from the judgment of God, Michaelson is putting himself on a pedestal for his impressive ability to resist a favorite fast food chain. The reward is personal pride, while Cathy’s is personal humility.

So you tell me who’s really making the sacrifice.

What Hollywood Producers Are Calling For With Abortion is Disgusting

The Left Launches War on Chick-fil-A Over LGBTQ Stance, Here’s What They’re Saying