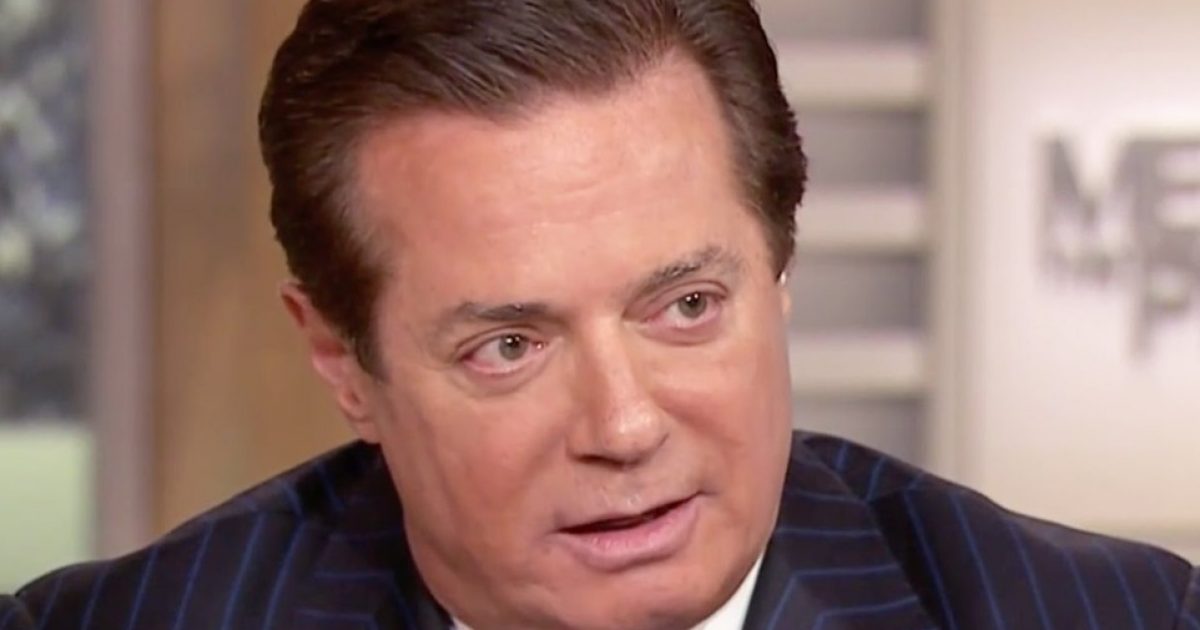 Former Trump campaign operative Paul Manafort has been found guilty of 8 crimes — none of which have anything at all to do with “Russia collusion” or even the Trump campaign.

A jury found Manafort guilty on the eight counts on Tuesday in the former Trump campaign staffer’s trial on tax evasion and bank fraud charges. But the jury did not agree on ten more charges, so the judge is set to declare a mistrial on those charges.

But not a single one of these guilty charges has anything at all to do with Donald Trump, according to The Washington Post.

Manafort was convicted on five counts of filing false tax returns, one count of not filing a required IRS form, and two bank fraud counts.

The verdict announced Tuesday comes as President Trump has stepped up his criticism of Mueller’s probe, publicly criticizing the investigation on a weekly basis. As the Manafort trial began, Trump called for Mueller’s probe to be shut down immediately.

The 18 charges in the Manafort trial centered around Manafort’s personal finances, and had little to do with the special counsel’s mandate of probing Russian interference in the 2016 election and whether any Trump associates conspired with those efforts.

No, Washington Post, it didn’t have “little to do with the special counsel’s mandate of probing Russian interference.” It has absolutely NOTHING to do with that so-called investigation.

Manafort was brought up on these charges for one reason and one reason only: in the hope that he would bargain for leniency and turn on Trump.

These charges were only a weapon used to force Manafort to say something, ANYTHING that the “special counsel” could use to destroy Donald Trump.

This guilty verdict seems to prove that Manafort had nothing to give them on the “collusion” investigation.

And, yes, it is looking more and more that Mueller’s investigation really is a witch hunt.

Clapper Tosses Brennan Under the Bus?

Alexandria Ocasio-Cortez’s Stunning Hypocrisy When it Comes to Taxis vs. Uber