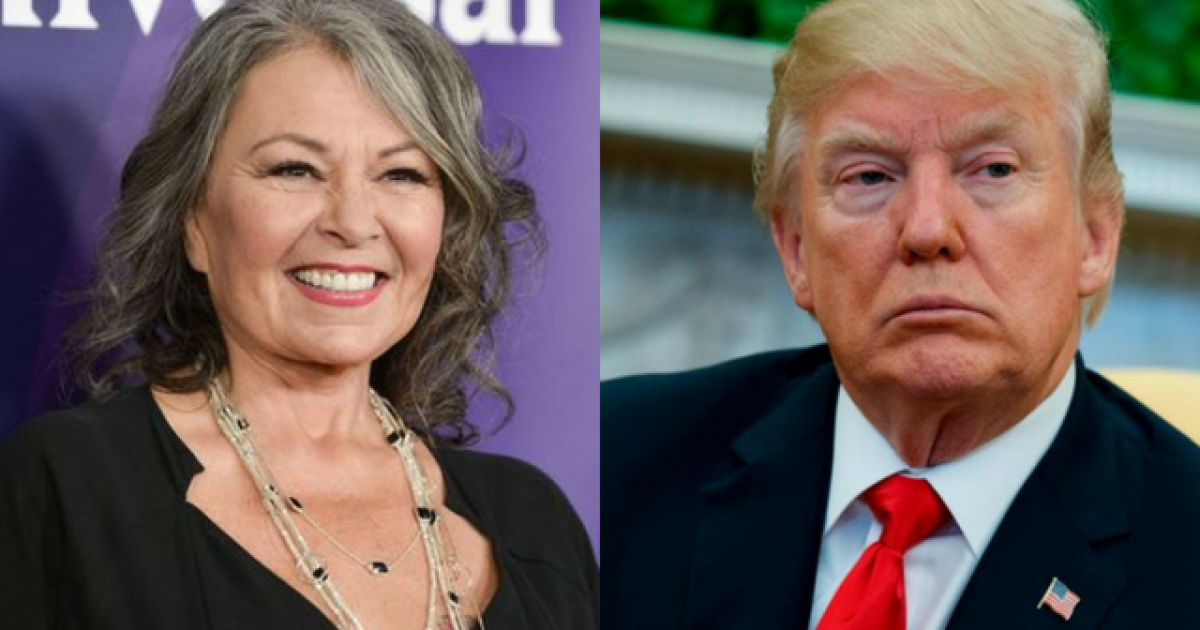 Trump has spoken out on the Roseanne Barr scandal and, considering the media were already having a field day with the story, his comments have most certainly fueled at least two more days of this already hotly discussed and endlessly covered story.

The most remarkable thing about Roseanne’s tweet and the subsequent firestorm that proceeded was not, in fact, Roseanne’s poorly thought out joke about Valerie Jarrett, the senior advisor to the Obama administration, but the glee the media have had on reporting on it.

Do not be deceived–the mainstream media is not shocked by Roseanne’s words, they’re thrilled by them, and by the looks of Jarrett on her media appearances, she is too.

Liberals absolutely love when they can use one isolated incident to call all conservatives racist and, of course, blame it all on Trump.

Trump, apparently unable to contain his opinion on the matter, tweeted out yesterday that “Bob Iger of ABC called Valerie Jarrett to let her know that ‘ABC does not tolerate comments like those’ made by Roseanne Barr. Gee, he never called President Donald J. Trump to apologize for the HORRIBLE statements made and said about me on ABC. Maybe I just didn’t get the call?”

Bob Iger of ABC called Valerie Jarrett to let her know that “ABC does not tolerate comments like those” made by Roseanne Barr. Gee, he never called President Donald J. Trump to apologize for the HORRIBLE statements made and said about me on ABC. Maybe I just didn’t get the call?

As you can imagine, the media’s focal point shifted immediately to the fact that he did not address Roseanne’s anathema comments about Valerie Jarrett looking like “Muslim Brotherhood and Planet of the Apes had a baby”, which many perceived, understandably, as quite racist considering Jarrett is a woman of color.

Sarah Sanders, asked on the matter, said of Roseanne that “nobody is defending her comments,” which she called “inappropriate.” She did add, however, that Trump is frustrated by the “double standard” in the media.

“The president is pointing to the hypocrisy in the media, saying that [sic] the most horrible thing about this president and nobody addresses it,” she said, pointing to several recent examples of ABC personalities making scathing comments about the President.

It appears, however, that pointing out this double standard in the media is all Trump wants to say. Sanders said he would not weigh in on the cancellation of ‘Roseanne’ from ABC.

If there’s one true statement we can extract from this whole mess, Sanders just said it: we have a heck of a lot of bigger things going on in the country right now.