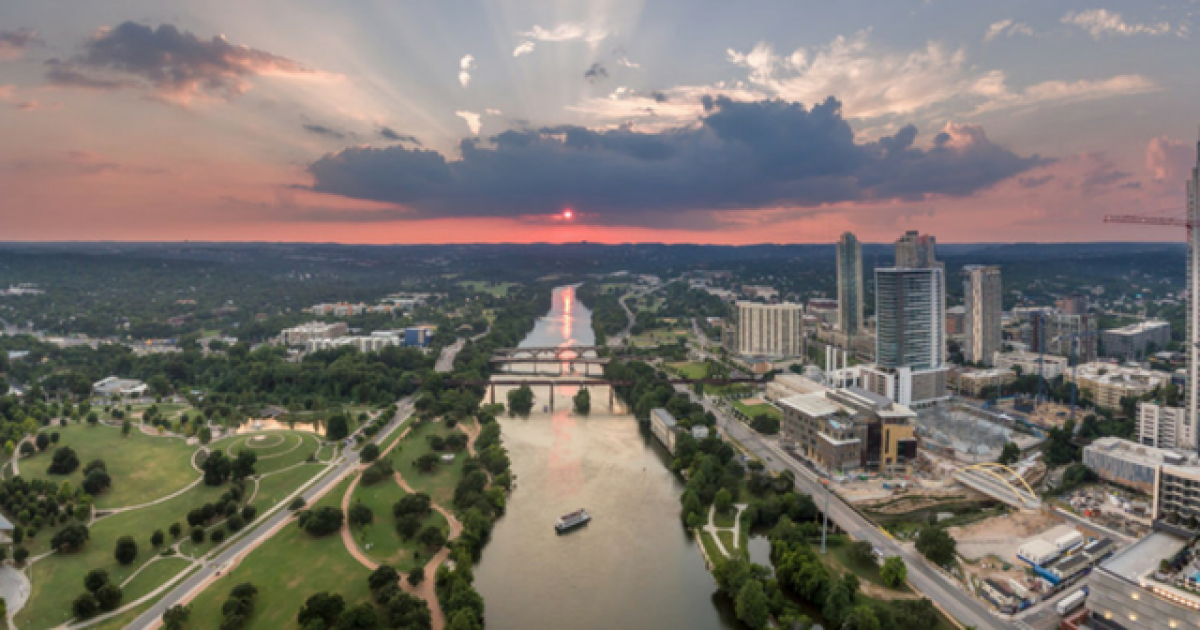 It’s cliche to reference George Orwell’s magnum opus, 1984. In fact, Dan Rather just did it to describe Trump’s regard for the media. Which is pretty ironic considering the MSM that Rather works for is a much better example of the propaganda machine of “The Party”, Big Brother’s shadowy government, depicted in the iconic work.

While Trump openly bashes specific media outlets that the majority of the American public has lost all faith in due to their blatant partisan politics and inability to objectively deliver the news, cities, counties, and states across the US are considering drastic measures to scrub their communities clean of any mention of the Confederacy or slavery.

The most extreme example we’ve seen yet, however, comes from the City of Austin, where the so-called Equity Office has proposed changing the city’s name as part of a city-wide politically correct re-naming makeover, because it’s founder, Stephen F. Austin, was apparently opposed to abolition.

The Austin New Statesman reports that the Equity Office, charged with rooting out any and all monuments honoring slaveholding Austin-ites and local supporters of the Confederacy, discovered that Stephen F. Austin, one of the fathers of Texas and the man who drew the states’ borders, “opposed an attempt by Mexico to ban slavery in the province of Tejas and said if slaves were freed, they would turn into ‘vagabonds, a nuisance, and a menace.'”

And so, the Equity Office suggested the city name “Austin” could go, though the Office admitted it would take an election, since the name would have to be “struck from the city charter and replaced.”

Altering Austin’s name is also far down on the list of priorities. The Equity Office considers the name “Austin” as a second-tier issue, to be considered after Austin’s citizens address a number of street names and local monuments that pay homage to questionable historical figures.

The city has already renamed Robert E. Lee Road and Jeff Davis Avenue, even though “a majority” of Austin’s residents “opposed the changes.” Up next on the chopping block are Dixie Drive, Reagan Hill Road, Sneed Cove, Confederate Avenue, and Plantation Road, as well as a series of historical markers “related to the Confederacy” that are on city property.

I can definitely understand why it may make many people feel uncomfortable to drive on streets or live in a city named for people who don’t reflect their values.

But in this highly divisive time, it’s certainly quite symbolic that so many Southern states are considering taking down statues and renaming streets, when those statues were erected and street names were given as part of The Great Reconciliation, an effort on the part of the Federal Government to unite the nation again under one flag.

Why, in the period following the greatest bloodshed in our nation’s history, at the hands of fellow countrymen who battled one another on our own soil, were they able to embrace the soldiers who literally succeeded from the nation, and today, we no longer want to even breathe their names?

There is also, of course, the danger of erasing history to the point where future generations aren’t aware of their own history. And you know what they say: those who don’t know their own history are bound to repeat it.

Study Proves Trump Was Right About the Negative MSM Coverage: Here Are the Numbers

Miss Chick-fil-A on Sundays? You Will Love the Innovative New Product They’re Testing