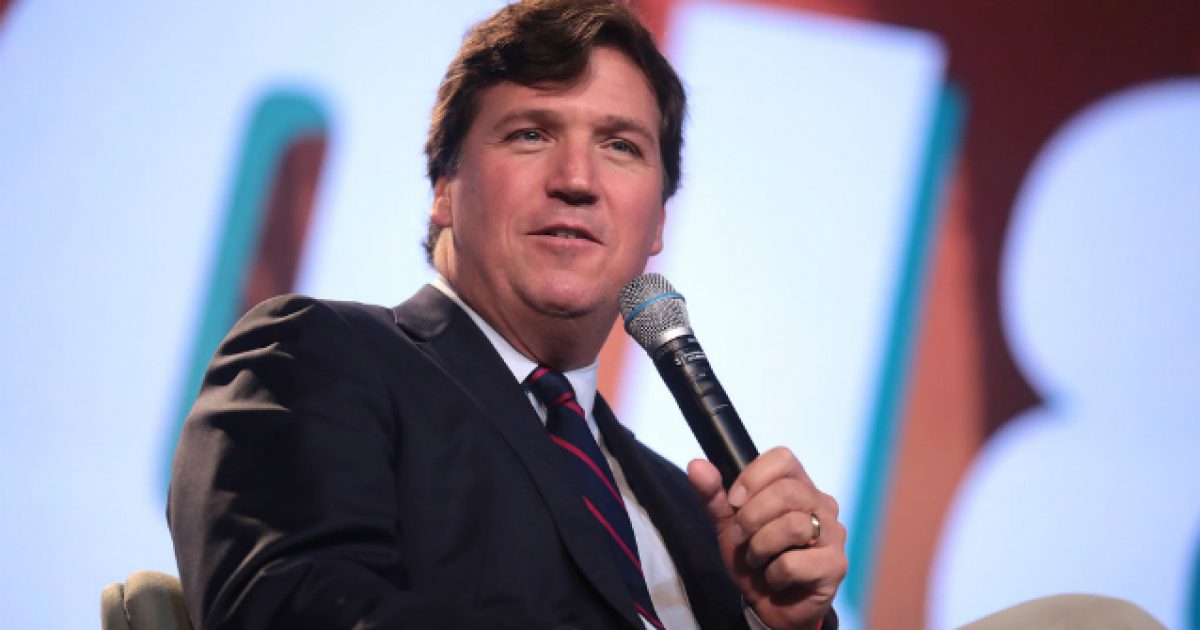 Fox News host Tucker Carlson went on a tirade against conservative think tank the Heritage Foundation during his program on Friday evening, claiming the group and similar organizations “colluded with big tech to shield left-wing monopolies from any oversight.”

Carlson himself used to work at the Heritage Foundation and said during his show that, “Heritage no longer represents the interests of conservatives, at least on the question of tech.”

According to The Hill, the Fox News host also criticized a policy paper by the organization, which he claimed “defends the special privileges that Congress has given to left-wing Silicon Valley monopolies.”

The Heritage Foundation wasted no time in responding to Carlson. Its vice president of communications, Rob Bluey, responded with a lengthy statement that blasted the television host for engaging in “ad hominem attacks.”

Unfortunately, Carlson did not contact us in advance of his segment or provide Heritage with an opportunity to respond to his accusations. Rather than engage in a substantive policy debate, he chose instead to make ad hominem attacks and question our integrity. We are disappointed this came from someone whom we admire and respect.

The Heritage Foundation will not let these attacks go unanswered and we welcome the opportunity to have a substantive debate on public policy.

Carlson’s claims began with an attack on a recent Heritage report about Section 230 of the Communications Decency Act. He claimed the report’s author repeated lines verbatim from a trade association. This is false. In fact, the 13-page Heritage report contained 22 footnotes, all of which were properly quoted and attributed to sources. The report went through a thorough and lengthy process of vetting and review by Heritage scholars to ensure accuracy and agreement among all Heritage analysts involved in technology and social media policy.

The conclusions of Heritage’s report were based on the principles that guide all of our policy recommendations—principles Carlson seems curiously less interested in defending. Instead, he made an unfounded assertion against Heritage and outrageous smear of one of our scholars. It is disappointing that Carlson would deceive his viewers with such patently false information.

The statement concluded by saying, “We won’t be intimidated or bullied as we continue to represent the interests of conservatives and all Americans.”

The bottom line here is that when conservatives attack each other, the left wins. These two powerhouses need to get together and figure out what’s really going on and let the facts speak for themselves.

ICYMI: Jill Biden Goes On MSNBC, Says Trump Is ‘Afraid to Run Against’ Joe In 2020