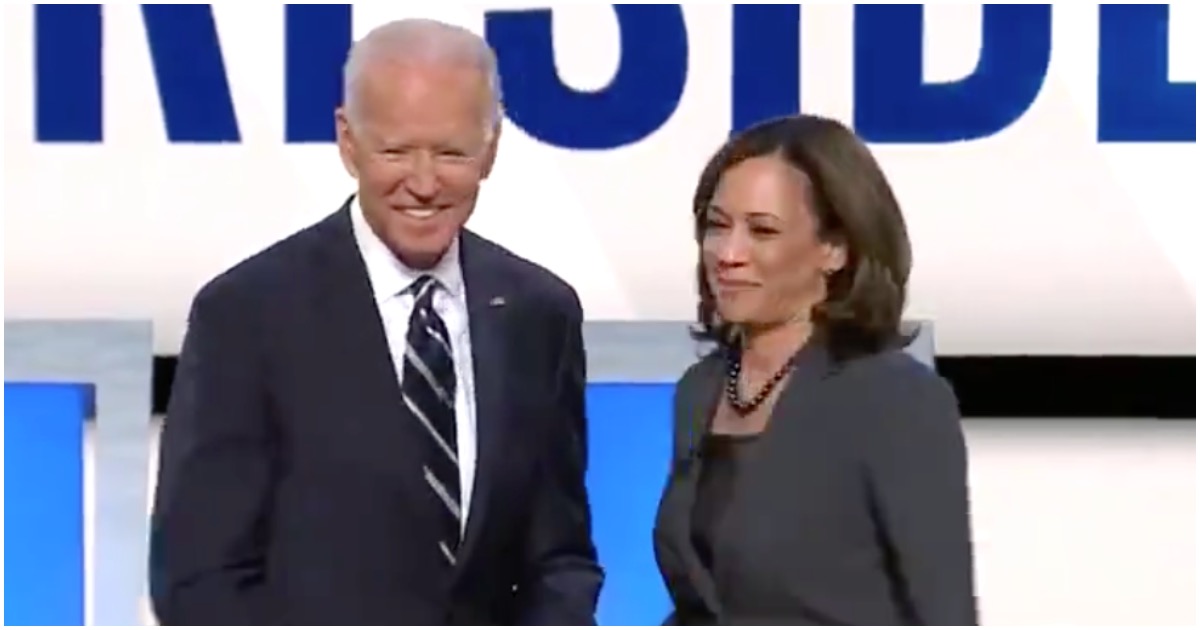 The second round of the second Democrat debates took place on Wednesday night.

The entire country tuned in to…just kidding. The ratings probably won’t be so hot.

Democrat presidential candidate Joe Biden asked Sen. Kamala Harris (D-CA) to go easy on him Wednesday night during the second night of the second round of debates on CNN.

Biden’s request of Harris comes after Harris hammered Biden during the first Democratic debate over his praise of racist Democrat lawmakers who supported segregation.

BIDEN to KAMALA: "go easy on me kid" pic.twitter.com/zGPmSp1Ts3

Next he’ll ask her if she got there in one of those newfangled flying machines.

In Biden’s defense, he actually is old enough to be the father of a 54-year old. #yikes

Gosh, who would guess an entitled white guy would say something like this?

Everyone's a kid when you're eight hundred years old

Simultaneously patronizing her, and acknowledging she's about to tear him a new ass.

Harris was one of the first big names to announce her candidacy for president.

If she wins in 2020, which seems pretty darn far-fetched considering Bernie Sanders or Joe Biden will most likely win the Democrat nomination, she’ll prosecute President Trump.

The senator’s past work as a prosecutor has made her a target for some progressives, but she made the case to Kimmel that it could be an asset when it comes to taking on Trump.

DCCC Pushes Out Executive Director, Forces Her to Resign — For Being White [Details]