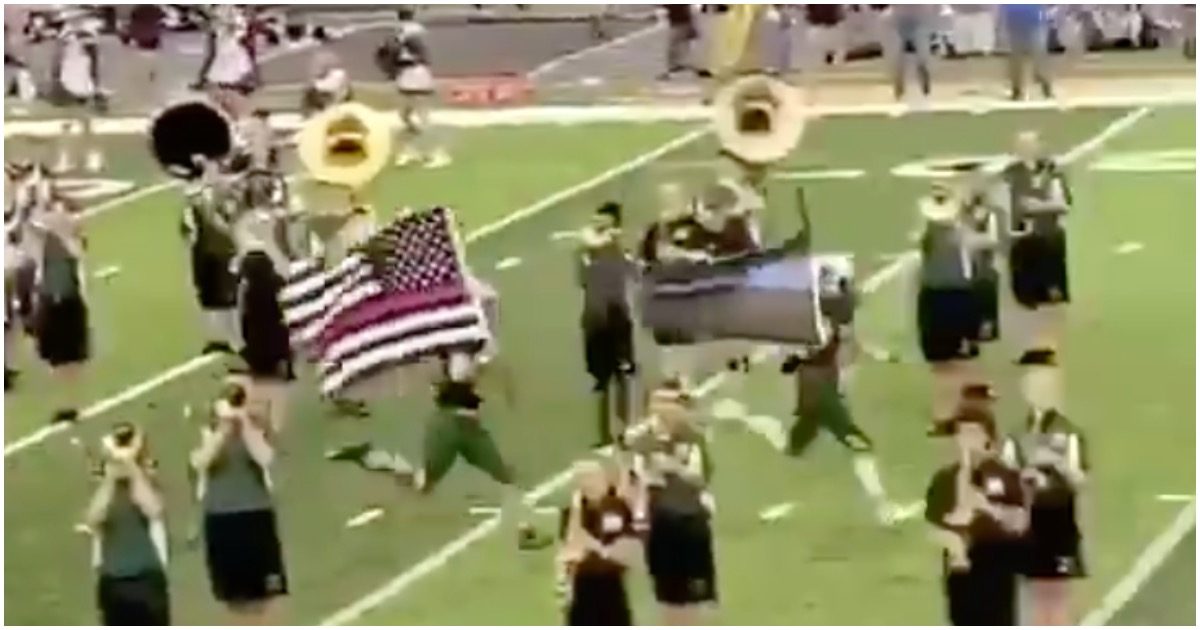 It’s almost wrong to honor the American flag and/or be proud of your country in 2020. That’s what liberals want people to believe. Unfortunately, thanks to left-leaning social media outlets, liberals are getting their message across to the politically uninformed.

Two high school students decided to honor fallen cops and firefighters on the 19th anniversary of 9/11 by running onto the football field with Thin Blue Line and Thin Red Line flags. Then they promptly suspended from the team. After some swift outrage, Brady Williams and Jarad Bentley were reinstated.

Now, look who is getting the last laugh.

Two Ohio high school students have been awarded scholarships after being briefly suspended from their football team for carrying flags onto the field during a game on September 11.

On Friday, a local non-profit group called “Holiday for Heroes” said it is awarding Williams and Bentley a scholarship for their statement, WJAC-TV reported.

Two Little Miami football players pay the price for civil disobedience. They were told not to carry onto the field thin blue line and thin red line flags at their 9/11 game. They did anyway. The school has now suspended them from the team indefinitely. #ThinBlueLine #ThinRedLine pic.twitter.com/19y9GAvaxr

There’s a decent chance these kids would’ve been allowed to carry Black Lives Matter or gay pride flags onto the field without any repercussions.