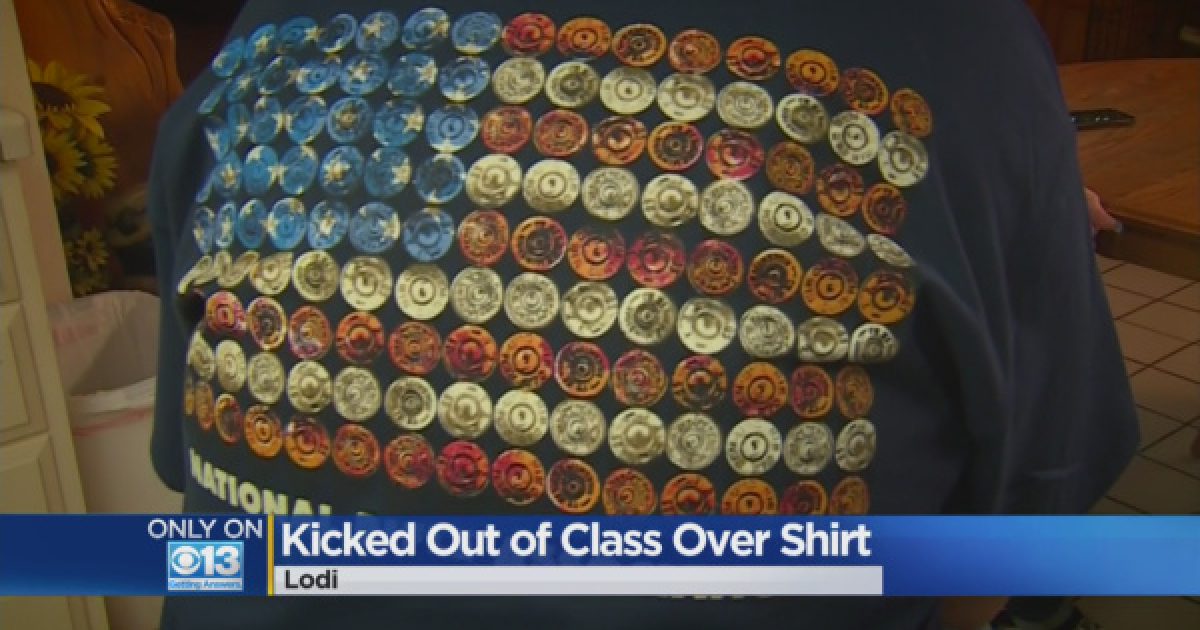 It appears that public educators do not like it when their students do not appear to be properly indoctrinated by the ideological programming centers our public schools have become.

A high school student in the People’s Republic of California was recently harassed and lectured in class by a teacher who clearly thought their own personal beliefs on a highly controversial political issue were appropriate to subject upon a student who simply wore an NRA shirt to class.

“She was basically being attacked in class,” said mother Charlene Craig.

Two sophomores were wearing the NRA shirts when they say they were singled out in class by their teacher, who started schooling them on why guns are bad.

“He basically yelled at her, telling her that she would be writing an essay if she disagreed with him.”

Craig says her 15-year-old daughter was lectured, while another student was sent to the principal’s office for refusing to take off the NRA shirt- a shirt that supports lifestyles they’ve grown up within families of hunters and farmers.

Here’s the kicker: not only was it completely inappropriate for this teacher to subject the students to his personal opinions on firearms, the shirts didn’t even violate the school dress code.

The dress code does indicate that students are not allowed to wear shirts that depict weapons on them, which is certainly understandable, but this shirt did not. Rather, it depicted several shotgun shells making up an image of the American flag: 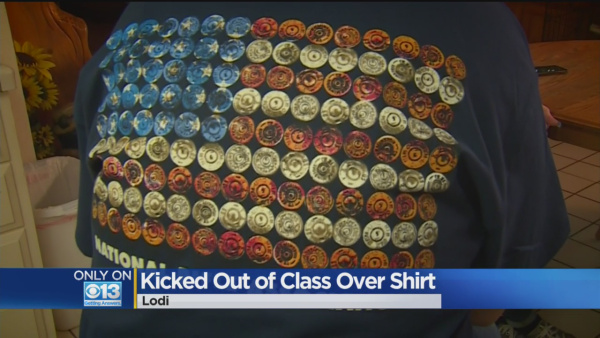 The fact that this all happened in history class, of course, couldn’t be more ironic.

If the teacher went off on the importance of the Second Amendment, it simply would have been a lesson on American history. But no doubt they’d be the one under fire.

How chilling is that?

Man Attempts Carjacking a Woman With Children, That’s When a Good Guy With a Gun Shows up And Changes Everything