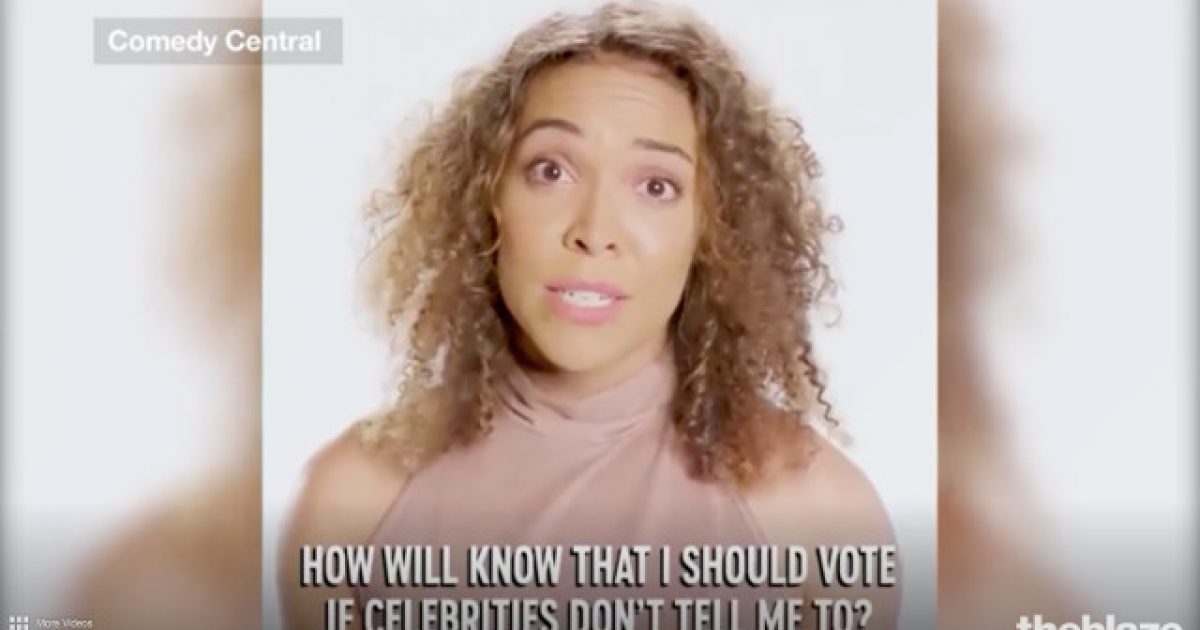 One of the most annoying aspects of election season is always the bombardment of political ads that get dropped on you every time you turn on the TV. It’s usually the same three or four ads played on an endless loop, repeated some many times that it begins to feel like an enhanced interrogation technique designed to drive you to the brink of madness so you’ll spill your guts. What information these folks seem to be after is anybody’s guess.

While these are obnoxious, they don’t hold a candle to how self-righteous, smug, and down right goofy the PSA type ads from celebrities are. You know, the ones urging you to just “go out and vote” when what they really mean is “go out and vote Democrat?”

Heck, some female celebrities — Chelsea Handler for example — are so desperate for attention they’ll even strip naked and ask you to vote, as if that’s going to be sufficient motivation to get you out to the polls and vote blue.

Comedy Central has created a hilarious new video that mocks these celebrity PSAs, and if you’re in desperate need of a laugh today, this will be good medicine.

Comedy Central is poking fun at the celebrity-filled “Get-out-the-vote” announcements with their own “Should We Vote?” campaign. Watch the hilarious parody below.

After losing the House to the Democrats and seeing so many celebrities online gloating about their victory — we’d probably be doing the exact same thing if we had retained it — it’s nice to get in a good chuckle.