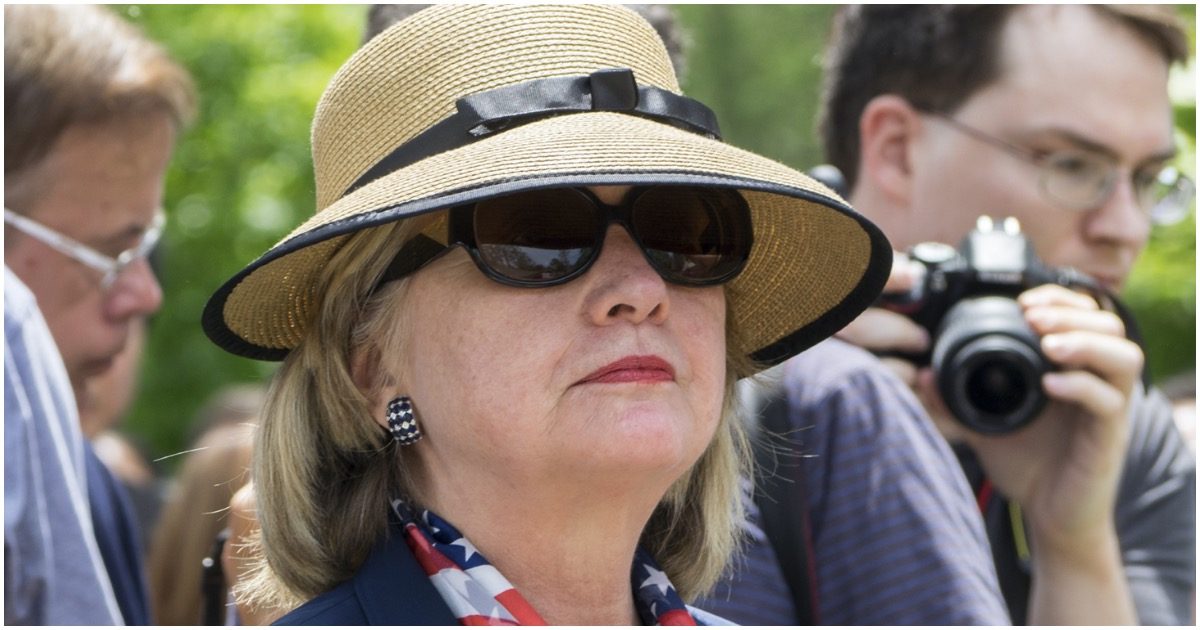 She just won’t go away, no matter how many times conservatives (and even some liberals) have to ask. Hillary Clinton just loves the spotlight, too much.

For some reason, the twice-failed presidential candidate wants to see a nationwide vote-by-mail plan for America in November.

Anybody want to guess why?

California Gov. Gavin Newsom (D) on Friday signed an executive order permitting all registered voters in the Golden State to vote by mail in the upcoming presidential election, citing concerns stemming from the Chinese coronavirus pandemic.

Actress Sandra Bernhard followed it with this one:

She was recently asked about First Lady Melania Trump.

On James Corden’s late night program, Clinton ripped into the president’s personal attorney like she got paid to do it.

ICYMI: Biden Said He Had 3 Degrees & Was Top of His Class, But It Was A Complete Lie