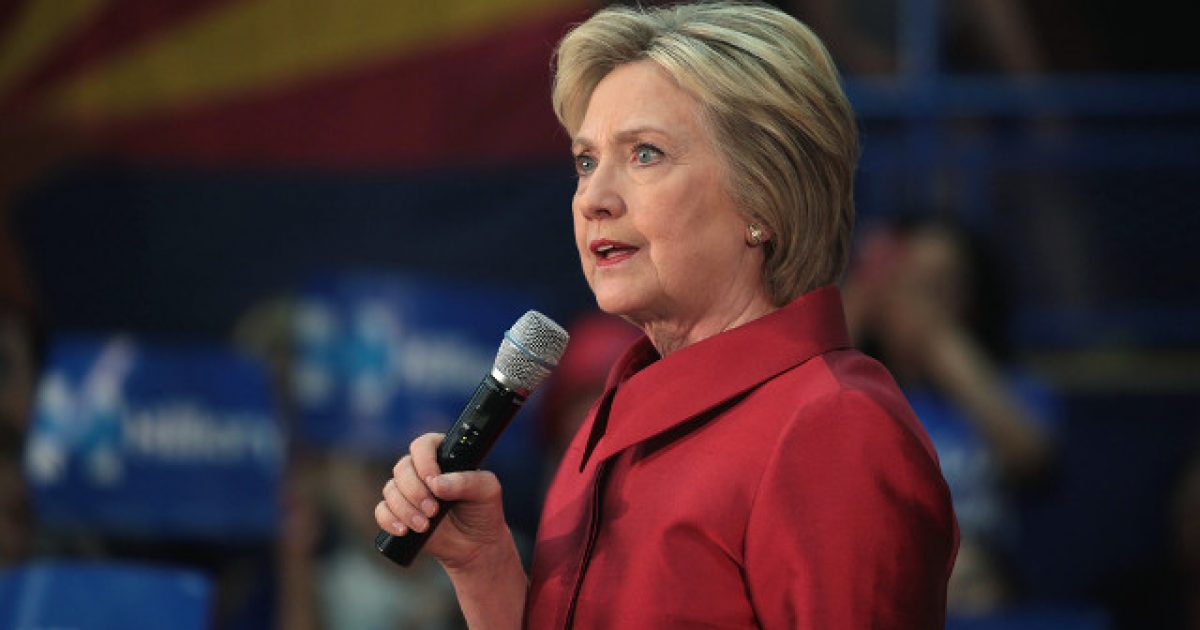 Former first lady and failed Democratic presidential candidate Hillary Clinton has not been shy about voicing her extremely vocal support of the recently announced impeachment inquiry into President Trump by Speaker of the House Nancy Pelosi, referring to Trump as a “reckless, corrupt human tornado” for his having allegedly asked the Ukraine government to look into former Vice President Joe Biden’s possible involvement in having the country’s top prosecutor removed after concerns about his son Hunter Biden’s business dealings.

Given her 2016 loss to Trump, her responses aren’t exactly a shock.

“I’m in favor of moving toward impeachment,” Clinton told People Magazine. “I did not come to that decision easily or quickly, but this is an emergency as I see it. Because he is undermining the more perfect union that is the goal of our collective efforts.”

“This latest behavior around Ukraine, trying to enlist the president of Ukraine in a plot to undermine former Vice President Biden or lose the military aid he needs to defend against Trump’s friend, Vladimir Putin and further Russian aggression — if that’s not an impeachable offense, I don’t know what is,” she continued.

Hillary went on to say that she wrote a memo in 1974 about what constituted an “impeachable offense” and that she is convinced the House will have no choice but to impeach President Trump.

“I know a lot about it, because I was the one who wrote the original memo back in 1974 about what was an impeachable offense,” said Clinton. “I think that we will be having a serious undertaking in the House now. And I don’t see any alternative to that.”

Hillary went on to criticize Republicans for refusing to stand up to someone as “reckless” as Trump and urged the GOP to put the country over politics.

“He has intimidated his entire political party. I know that it takes guts if you’re in a political party that is run by or dominated by someone who is a reckless, corrupt, human tornado, who cares only about himself. I understand. That’s hard. Because he has whipped up a certain segment of the electorate to go along with him no matter where he takes them. But they have to put country before party and there is no substitute to a careful, thoughtful response.”