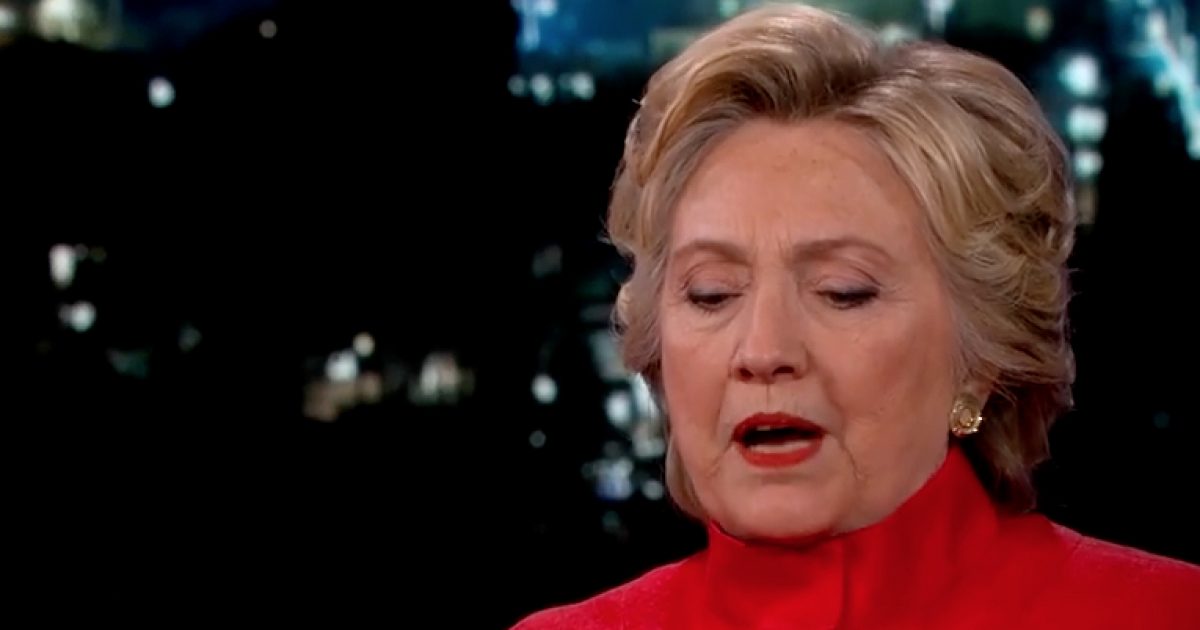 There are few political powerhouses in the USA today that conjure an image as corrupt and conniving as Hillary Clinton.

The former First Lady and former Secretary of State could very well be one of the least trusted politicians that our nation has ever seen.  From her constant, shifting narratives on civility, to her inability to recognize the deep concerns that Americans have about her health, Clinton was almost certainly the reason that the democrats suffered such an embarrassing loss in the presidential election of 2016.

In fact, a great many democrats themselves have expressed concerns over the DNC’s choice to forego the rules in order to confirm her nomination – something that was brought to our attention by a massive email spill from her campaign, which fell right into the waiting arms of Julian Assange and Wikileaks.

Now, as the 2018 midterms are upon us, those looking forward see an enormous 2020 contest on the horizon.  Unfortunately for the democrats, it looks like Hillary isn’t ready to leave them alone.

On Friday, failed Democratic presidential candidate Hillary Clinton stated she would “like to be president” during a live taping of Recode Decode at New York City’s 92nd Street Y.
“I’d like to be president,” stated Clinton. “I think, hopefully, when we have a Democrat in the oval office in January 2021, there’s gonna be so much work to be done.”

“I mean, we have confused everyone in the world, including ourselves. We have confused our friends and our enemies. They have no idea what the United States stands for, what we’re likely to do, what we think is important. So the work would be work that I feel very well prepared for, having been in the Senate for eight years, having been a diplomat in the State Department, and it’s just gonna be a lot of heavy lifting.”

When questioned on whether she would be a part of the heavy lifting, Clinton said, “I have no idea, Kara. I’m going to, you know, I’m not even gonna think about it till we get through this November 6th election.”

Given America’s dueling revolutions of information and conservatism, there is little hope that Hillary could rise to the occasion in two years.

Furthermore, any concerns over her health will be exponentially larger, especially with 4 more elderly years between her fainting incident in NYC and the grueling schedule of a campaign.

ANOTHER Migrant Caravan Is Headed for America, Hundreds Strong (Details)