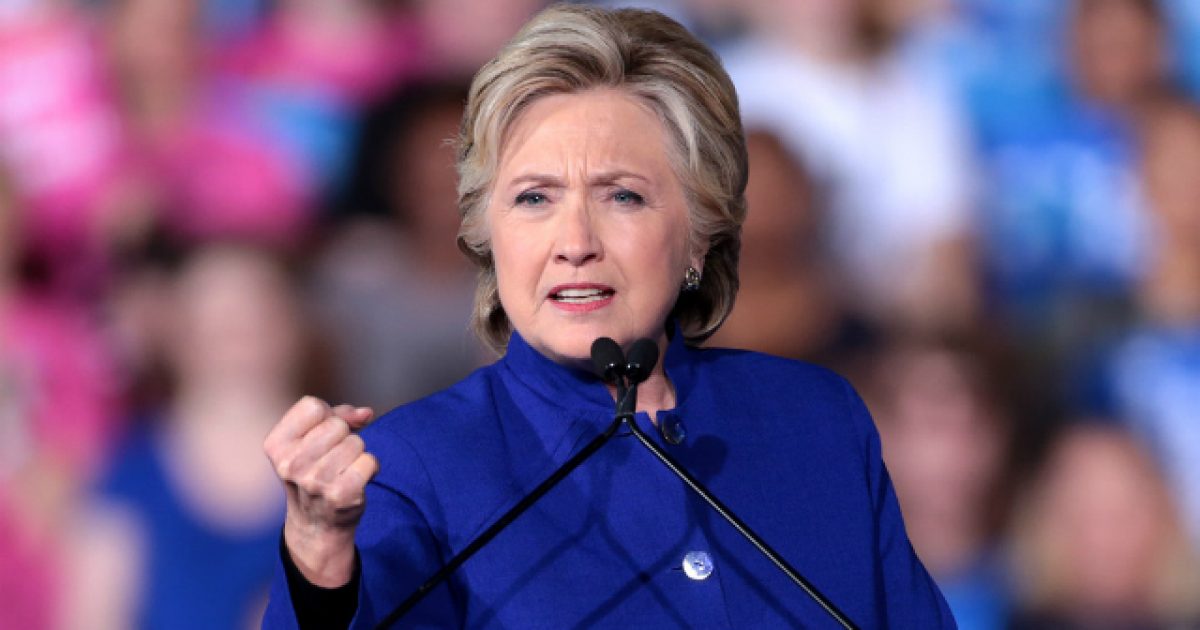 Former Secretary of State and 2016 Democratic presidential nominee Hillary Clinton attempted to downplay the financial contributions disgraced movie mogul Harvey Weinstein made to her political campaigns, stating that he contributed to every Democrat’s campaign.

This, ladies and gentlemen, is “crooked Hillary” at her finest.

“I don’t know whether that should chill anyone else from contributing to political campaigns, but it certainly should end the kind of behavior that he was just convicted for,” Clinton added.

Weinstein, 67, was convicted Monday of first-degree sexual assault and third-degree rape in New York City. He faces a possible sentence of between five and 25 years. Weinstein also faces charges in Los Angeles after he was indicted in January, just after the first trial got underway. In that case, he is accused of raping one woman and sexually assaulting another in back-to-back nights during the week of the Oscar Awards in 2013.

So how much money did Hillary get from Weinstein while running for Senate and the presidency? According to the Federal Election Commission data, about $55,000. Weinstein was also a huge contributor to Barack Obama’s presidential campaigns, donating around $72,000.

Clinton recently defended the rather well-documented friendship she’s had with Weinsten, saying earlier this year that there was no way she could’ve known about the movie mogul’s predatory impulses and actions.

“How could we have known? He raised money for me, for the Obamas, for Democrats in general. And that at the time was something that everybody thought made sense. And of course, if all of us had known what we know now, it would have affected our behavior,” Hillary said back in January.

Add this connection to the one she and her husband, former President Bill Clinton, had with pedophile sex trafficker Jeffrey Epstein and you begin to get a rather sinister picture of the sort of activities the Clintons might have been involved with.

One thing’s for sure, these folks know some very, very bad people.