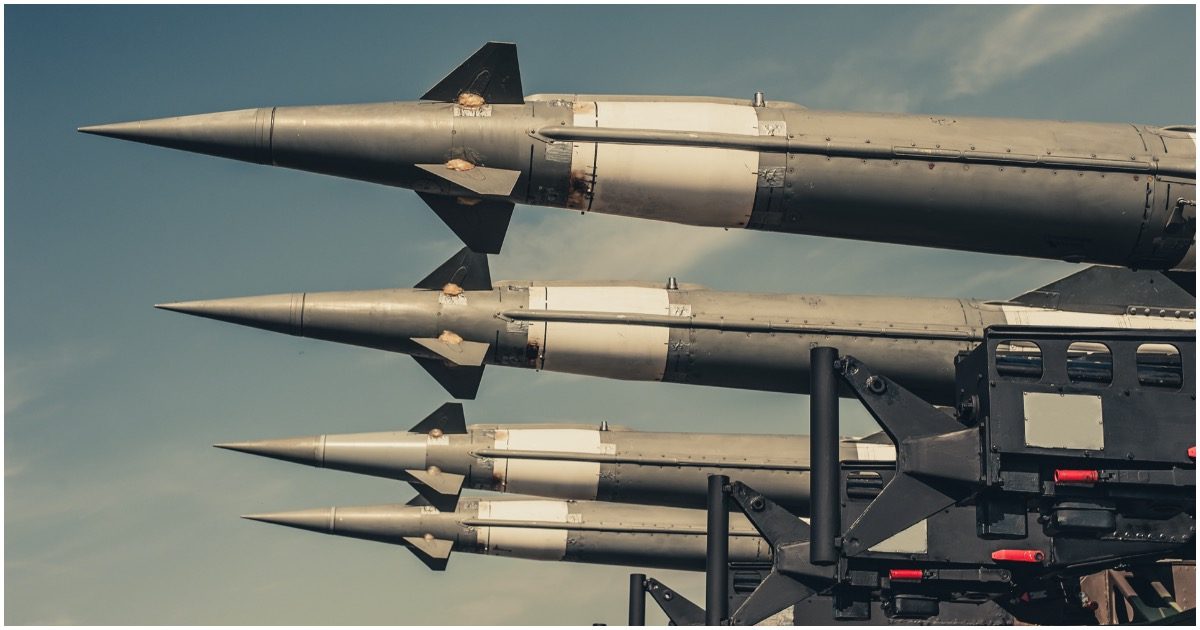 We live in difficult and dangerous times. Our nation’s missile defense program is not very high profile, yet it is protecting us right now. We need President Donald J. Trump to win this fall and to compete the promise of President Ronald Reagan to have a functioning missile defense to protect all Americans from enemies abroad.

Scientists say there are more than 18,000 artificial objects orbiting Earth, along with more than 600,000 hunks of human-made debris. Yet as NASA puts it, “with so much orbital debris, there have been surprisingly few disastrous collisions.” Space is so vast, it’s difficult to hit anything else up there.

So, if we are taking aim and actually trying to hit something in space, we better finish the job and destroy the target.

All this is to discuss the importance of the Redesigned Kill Vehicle (RKV) program that is under scrutiny right now. The RKV is a warhead that sits on the top of a Ground-based Midcourse Defense missile. The GMD program is the only technology that is able to protect the United States from intercontinental missile attack. It’s the last line of defense, and shoots down incoming missiles while they are still in space.

The good news is that this technology works. American military members have been able to hit an incoming (test) missile with GMD technology. The bad news is that the warhead on the end of the GMD system isn’t as good as it needs to be.

“Despite numerous warnings of critical problems from experts within and outside the government over roughly 10 years, the cost to develop the now-canceled Redesigned Kill Vehicle program for homeland missile defense more than tripled, and the program’s schedule slipped by four years,” the trade publication Defense News reported last month. As of last year, the Missile Defense Agency “had spent a total of $1.21 billion on RKV development — $340 million more than the agency’s original estimate for the entire RKV development effort, including eight initial production kill vehicles.”

The Government Accountability Office explains, “DOD cancelled the RKV program in August 2019 and initiated an effort to pursue a new, more advanced interceptor, called the Next Generation Interceptor (NGI). According to MDA, NGI will provide the GMD program a cost-effective solution that is survivable across all environments, capable of defeating complex missile threats, and adaptable to address future threats.”

This isn’t an indictment of missile defense. As we said, GMD is able to hit an incoming missile, and the existing Exo-atmospheric Kill Vehicle (EKV) uses the kinetic energy from a direct hit to destroy the incoming target vehicle. It is an indictment of the proposed RKV. It doesn’t do the job, and the federal government should demand that defense contractors develop one that actually works.

It’s time to name names: the faulty RKV was being built by defense contractor Raytheon. It was ludicrously overbudget when MDA decided to pull the plug and seek new contractors. But now, having failed over years and over budget, Raytheon remains in the running to develop the still-necessary RKV.

That is a mistake. Raytheon has had its chance, and despite plenty of federal funding, its technology simply didn’t work.

The United States needs missile defense. Perhaps now more than ever. With the international economy crippled by COVID-19, a rogue nation such as North Korea or Iran could decide it’s time to launch a nuclear strike on America. We can’t let our guard down.

GMD works, and it can be made to work better. Senators want to provide the funding it needs, and House lawmakers should go along. Certainly, the Trump Administration would be on board. But the entire project revolves around a kill vehicle that works.

It’s not enough to hit a weapon in space; we need to destroy it. A better contractor can deliver a cost-effective kill vehicle that will keep our homeland safe. Let’s give President Trump the tools he needs to defend America from the many adversaries who have missiles pointed at the U.S.

Edward Woodson is a lawyer and host of “The Edward Woodson Show,” which airs weekdays on WZAB Miami, streaming online at EdwardWoodson.com.

Cartoon of the Day: Science for the Lambs
March 1st, 2021 Liberty Unyielding