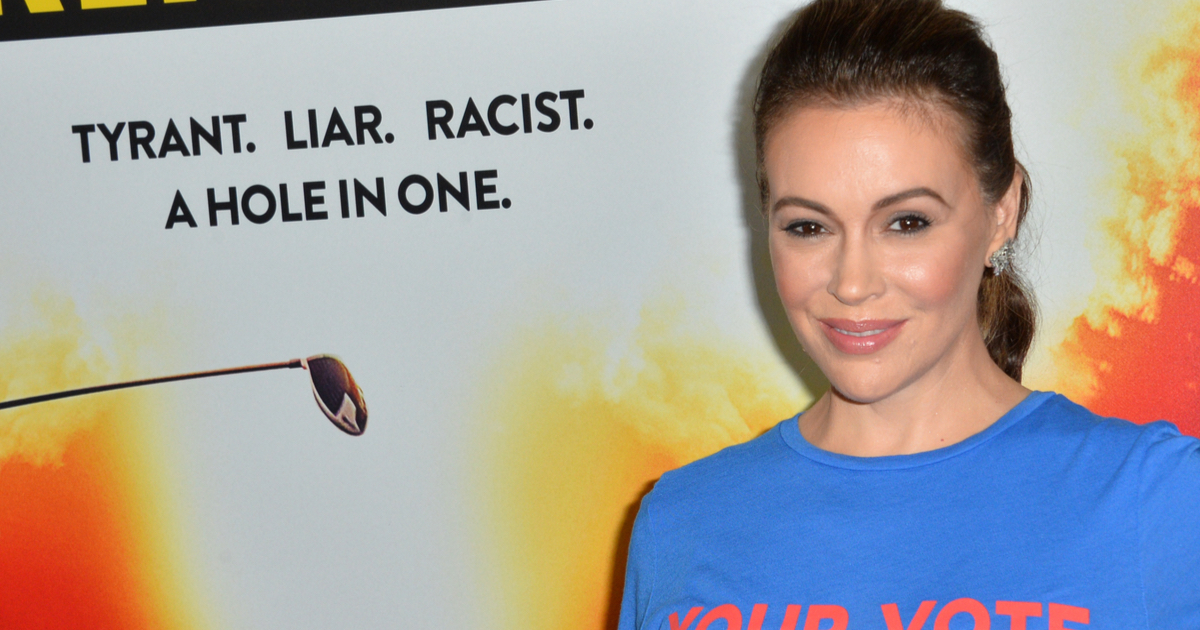 There is an unfortunate paradox within our society that seems to be slowly, but surely coming to light.

The issue is one of attention versus qualifications, and is well represented by some of the stranger things coming out of Hollywood.  You see, Tinsel Town has always held a special part of our attention, for better or worse.  We are constantly being bombarded with, or obsessing over, what these celebrities are doing.  After all, don’t we all, in one way or another, want to be them?

So we give them all of the attention in the world, and on a variety of subjects – a great many of which they have no business discussing.  Jenny McCarthy’s vaccination stance comes to mind as a prime example of this.

Now, we can add actress Alyssa Milano to the list of outspoken, but unwitting characters in our current political drama.

Self-proclaimed activist Alyssa Milano doubled down on her controversial tweet in which she compared “Make America Great Again” hats to the white hoods worn by the Ku Klux Klan. The Hollywood actress said she’s “sorry not sorry” in a new op-ed published by The Wrap on Wednesday night.

As previously reported, Milano took to Twitter on Sunday to address the viral video of students from Covington Catholic High School participating in the March for Life who appeared to clash with a group of Native Americans marching in the Indigenous Peoples March

“The red MAGA hat is the new white hood,” she wrote. “Without white boys being able to empathize with other people, humanity will continue to destroy itself.”

Then Milano doubled down.

The star, who received immediate backlash for the tweet, especially after longer videos emerged from different angles sparking debate over the behavior of people on both sides of the altercation, doubled down on her remarks in the lengthy column.

“Here’s the thing: I was right,” the actress penned.

The incident in question was nearly wholly refuted by the alternative media of the internet, who were quick to swoop in when they realized the extent of the fictional fabrication occurring in the mainstream…and at the expense of mere children.

Does Your Family Need a New Years’ Media Resolution? Here Are Some Tips