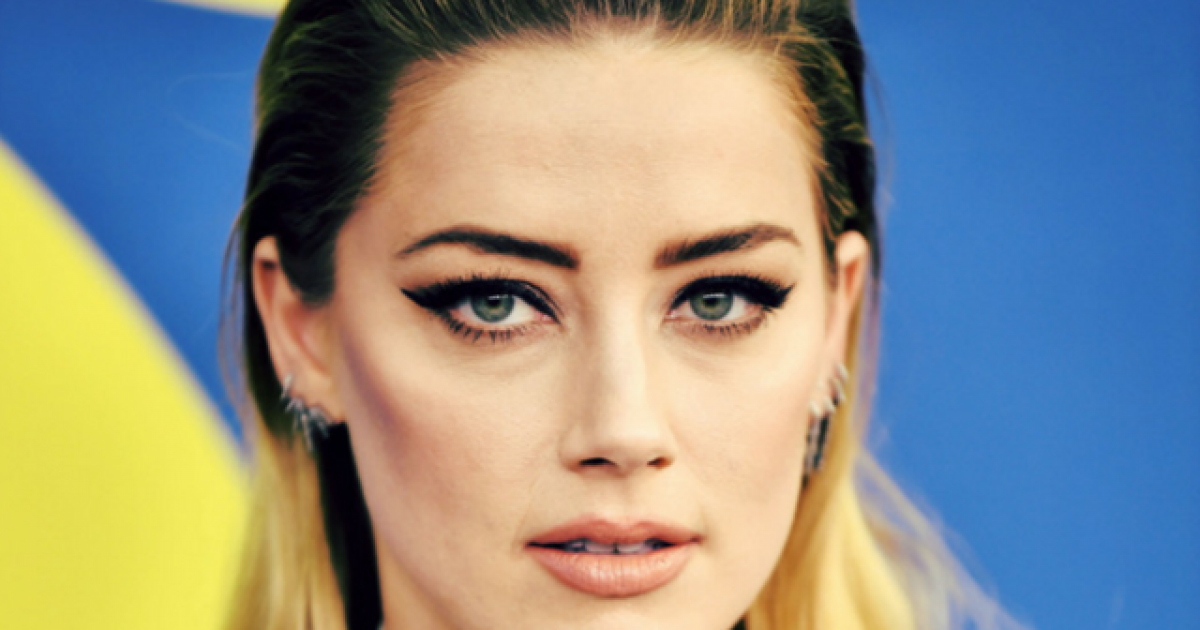 Of course, when her virtue-signaling A-lister celeb buddies saw her tweet, she got slammed by the left (while the right just sat back and cracked up.)

Heard, who has been joining other photo-op seeking Hollywood celebs in border protests, clearly thought she was doing the undocumented community a solid by tweeting out a warning of an “ICE checkpoint” that she’d seen in her neck of the woods. 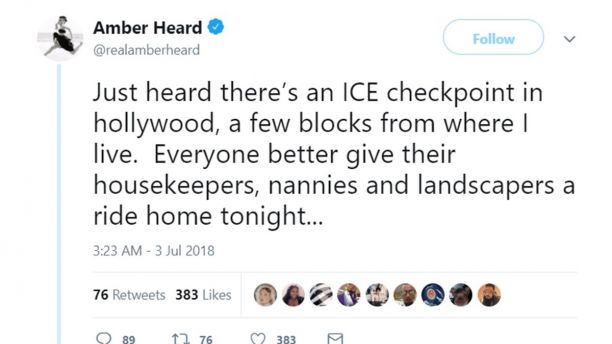 That’s right–in one tweet she revealed the extent to which Hollywood cares about undocumented immigrants as well as committed a seriously grievous sin against the gods of political correctness by implying that the only people concerned about an ICE checkpoint should be housekeepers, nannies, and landscapers and the wealthy elite who employ them.

“Not just because it’s actually racist to assume all ‘illegal immigrants’ are serving as domestics and in other unskilled jobs. It begs the question as to whom Hollywood immigration activists really believe they’re protecting by showing up fashionably late to immigration protests along the California border, but early enough to get their photo taken for Instagram,” she explains.

“Amber Heard, at least, seems to believe that an illegal immigrant underclass exists largely to serve her A-list and B-list kind as potentially underpaid, overworked, illegally hired servants, who have no recourse to the Occupation Safety and Health Administration, or state or federal authorities, if they’re mistreated or abused, lest they have to admit their lack of legal status and be deported.”

As a California native, I can attest that Heard was just naively failing to downplay the brutal truth about illegal immigration in the state that we all know. California offers only a relative prosperity to illegal immigrants–in reality, they’re still far more subject to abuse, abysmally low wages, and the patronizing gaze of people like Heard and all her wealthy peers.

“Many who agree with Donald Trump on immigration understand that the whole system needs to be reformed,” Zanotti points out, “so that those who want to come to the United States for a better life aren’t trapped in low-pay, dead-end jobs.”

“As for the ‘checkpoints,’ well, it appears that they were fictitious (and it’s the Border Patrol, not ICE, that operates checkpoints, anyway).”

VIDEO: Children Asked to Talk About What ‘America Is’ to Them. Their Answers Are Awesome.

Yes, Someone Really Did Try to Climb the Statue of Liberty to “Protest ICE”. Here’s What We Know