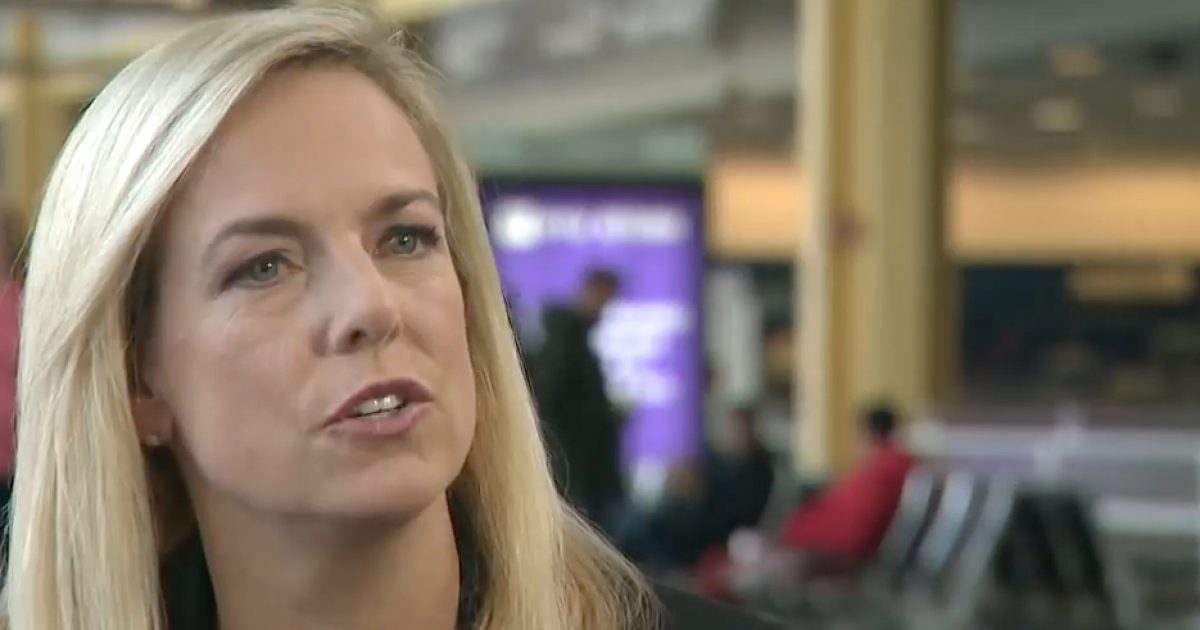 Somewhere in Mexico, a confrontation is brewing between a massive horde of Central American migrants and the US border patrol.

In a matter of days, up to 14,000 immigrants could arrive at the gates of America’s southern border, after traveling for weeks through Mexico and rejecting offers of asylum along the way.  Instead, these travelers are loudly countering such mercy with an emphatic “no thanks”, choosing instead to test President Trump and the US forces ready to receive them.

Secretary of State Mike Pompeo has already warned the caravan that they should simply turn around now, as there will be nothing for them when they reach the USA.

Now, Homeland Security Director Kirstjen Nielsen is weighing in and issuing a similarly tough tirade for the would-be immigrants.

Homeland Security Secretary Kirstjen Nielsen said the migrant caravan headed for the U.S. southern border will not cross over into the United States, on “Fox News Sunday.”

“I think what the president has been saying and will continue to say and certainly what I have been saying is, this caravan is not getting in,” Nielsen said. “There is a legal way to enter this country. Those who choose to enter illegally will be stopped.”

“We are working with our partners in Mexico. They have taken unprecedented efforts within their territory to ensure an orderly flow and that those who have no legal right to be there are removed,” she continued. “We intend to do the same but my general message to this caravan is do not come. You will not be allowed in. There is a right way to immigrate to the United States and this is not it.”

And that wasn’t all that Nielsen laid out for the Fox viewers.

Nielsen called the caravan a “crisis” and said President Donald Trump is exploring every option to resolve the situation as quickly and safely as possible.

“We have a crisis at the border right now,” Nielsen said. “We are stopping between 1,500 and 1,700 people a day trying to cross illegally into this country. This caravan is one iteration of that, but frankly we eventually see caravans every day with these numbers.”

Meanwhile, concerns are growing about the possibility of political assistance from anti-Trump forces reaching the caravan, who seem conveniently poised to enter conflict at the US border just in time to affect the 2018 midterm elections.

Kellyanne Weighs in On Media Culpability in Hate-Filled Week