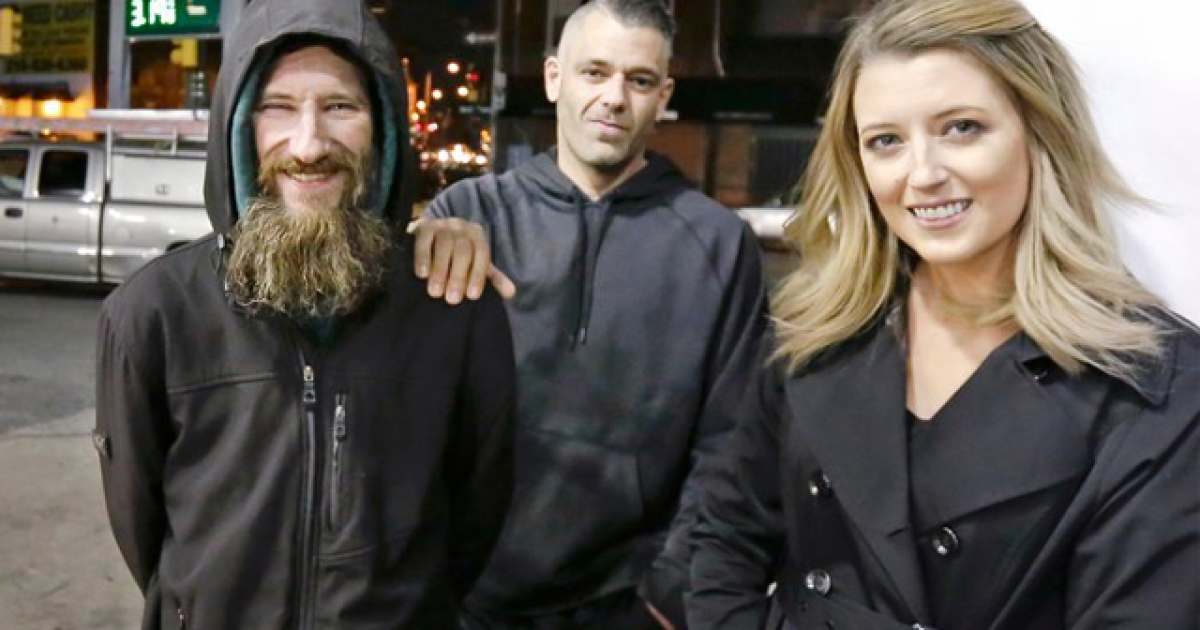 Every once in a blue moon, actual, real, tangible justice is served in this world, and when that happens its cause for Americans everywhere to rejoice. It’s sad to think that’s how rare a thing it has become to see justice on public display, but alas, that’s the time we are living in.

Homeless veteran Johnny Bobbitt was supposed to have received $400,000 from a GoFundMe page set up by a couple he assisted last Thanksgiving, however, that same couple who set up the page actually spent a large sum of the money.

Thankfully, GoFundMe has assured Bobbitt that he will indeed receive his money. Nice to see something work out for someone like this. Hopefully Bobbitt doesn’t blow his second chance here. It’s rare that you get one.

“GoFundMe and Cozen O’Connor, the Philadelphia law firm representing Bobbitt, announced Thursday evening in a joint statement that he will receive an amount equal to the balance of the funds he did not get from the online fund-raiser set up for him in November,” the Philadelphia Inquirer wrote.

“Johnny will be made whole and we’re committing that he’ll get the balance of the funds that he has not yet received or benefited from,” GoFundMe said in a statement. “GoFundMe’s goal has always been to ensure Johnny gets support he deserves.”

Bobbitt was a homeless drug addict when he gave his last $20 to Kate McClure, who was stranded on the side of the road in Philadelphia, in November. The story went viral and McClure and her boyfriend, Mark D’Amico, created a GoFundMe account for Bobbitt. Some 14,000 people donated.

There’s confusion about what happened after that.

​Lawyers for Bobbitt and the couple have disagreed on how much of the $400,000 that was raised has already been spent on Bobbitt’s behalf. Bobbitt’s legal team maintains that he was given a total of about $75,000. The couple’s lawyer, Ernest E. Badway, has said Bobbitt got $200,000 total. This week, Badway disclosed that none of the money remains.

Police raided the couple’s home on Thursday and photos from the scene revealed a black BMW being towed away. McClure and D’Amico have been ordered to make an appearance in court where they will be asked to give an explanation as to where the money went, but as of now, no charges have been filed against them.

Tow truck removes BMW from the Bordentown, NJ property of Katie McClure & Mark D’Amico, where @BurlcoPros is serving a search warrant. The couple is being investigated over funds missing from a $400,000 GoFundMe account they started for homeless veteran Johnny Bobbitt @CBSPhilly pic.twitter.com/cxPcFBrw9P

As of now, Bobbitt’s money will be transferred to a bank account controlled by his lawyers. However, the cash cannot be used until a judge can determine who should manage it.

Given Bobbitt’s past struggles with drug addiction, this is probably a really good idea. Hopefully this man will be able to get his life in order and use this money to pull himself out of the hole for good, setting up a sustainable future for himself.

Elizabeth Warren Says It’s Time to Boot Trump From Office. Here’s How She Wants to Do It