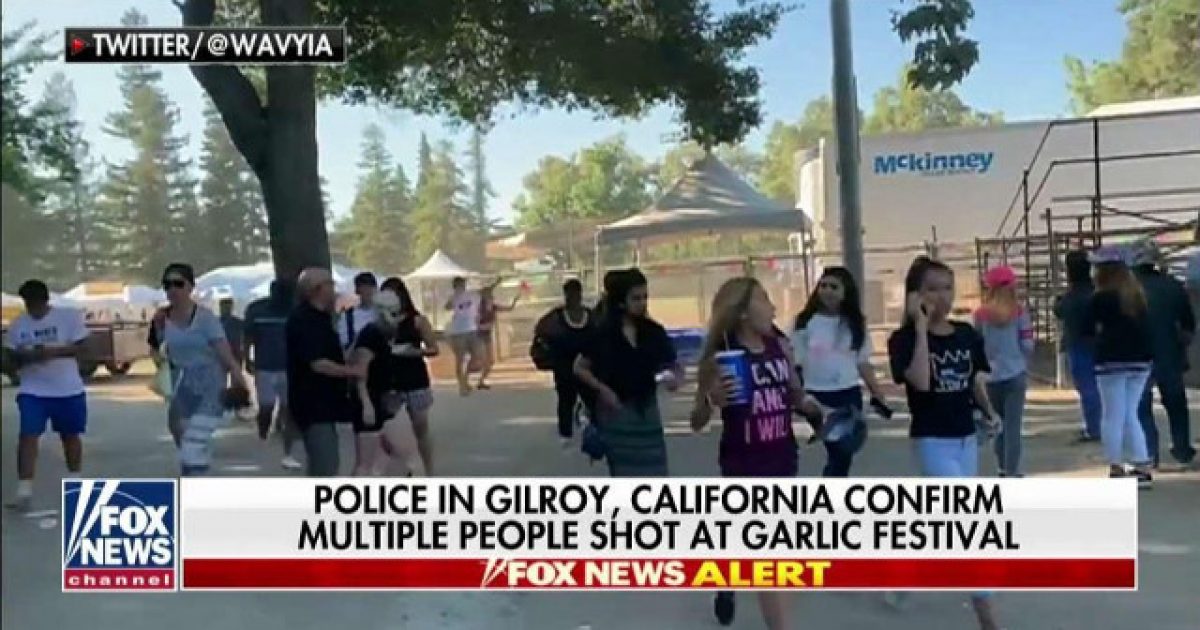 On Sunday evening, a shooter opened fire in the middle of the Gilroy Garlic Festival in California, leaving three people dead, including a six-year-old boy, and injuring at least a dozen other people before being taken out by police.

As you can imagine, the left wasted no time in immediately calling for gun control, immediately politicizing the situation before any of the facts surrounding the case were known, a habit they’ve long been in since the very beginning of the Obama administration.

President Trump and California Gov. Newsome have both weighed in on the tragedy.

“Initial reports said the shooter entered the festival area from a creek area outside of Christmas Hill Park, where the festival was held,” the paper reports. The chief of police told the press that the shooter appears to have used “some sort of tool” to cut through fencing so he could enter the festival without having to go through security, which included metal detectors.

The shooter, who has been identified as a 19-year-old male (his name is withheld here per Daily Wire policy on not releasing the names of mass shooters), was killed by law enforcement minutes after opening fire.

Gilroy Police Chief Scot Smithee said they were looking for a second suspect potentially tied to the attack, but police have not released a description of the suspect.

Jack Van Breen, a singer for a local band who was performing at the event said that he heard someone shout and ask the shooter why they were doing this. The reply from the shooter was allegedly, “because I’m really angry.”

Here’s how Trump responded to the shooting:

Law Enforcement is at the scene of shootings in Gilroy, California. Reports are that shooter has not yet been apprehended. Be careful and safe!

This is a totally tragic event, something that should’ve never happened. Unfortunately, we live in a world that is full of wicked, deceitful sinners who will give in to their base desires, caring little for how they hurt others.

Gun control is not the solution to this problem, no matter what the left might try to sell you on it. In fact, more gun free zones create these situations than they prevent. It’s a fact.

At the end of the day, what we really need is Jesus. The gospel and the spiritual renewal God alone brings is our only hope to overcome the wickedness in our world. Until we accept that and allow Christians to preach that message openly, it’s only going to get worse.

WATCH: Rashida Tlaib Openly Suggests Israel Only ‘Exists’ to the ‘Detriment’ of Palestine