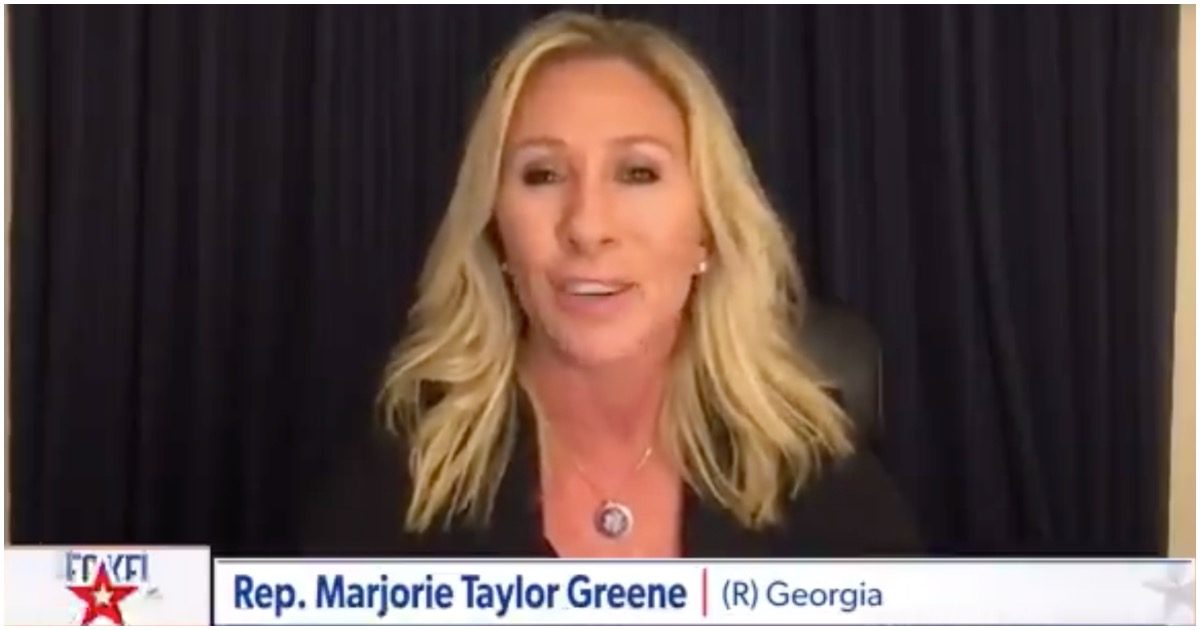 Donald Trump was threatened with impeachment immediately after being sworn into office, despite having done nothing wrong. Dems were going off of Russia nonsense, with next to zero proof. Then, finally, zero proof.

Might as well treat Biden the same way, no?

Georgia Republican Majorie Taylor-Greene is ready to step up to the plate.

75 million Americans are fed up with inaction.

It’s time to take a stand.

I’m proud to be the voice of Republican voters who have been ignored. #ImpeachBiden#QuidProJoe #BidenCrimeFamily pic.twitter.com/E83s1iOoVF

Check it out, via Mediaite:

Representative Jason Crow (D-CO) said he is looking at ways for Congress to possibly censure Majorie Taylor-Greene over her “depraved” conspiracy theories.

As a member of the House Committee on Armed Services, Crow gave an interview to CNN’s John Berman on Wednesday to address Congress’s upcoming attempt to impeach President Donald Trump for inciting the insurrectionist mob that laid siege to the U.S. Capitol. Berman turned the conversation toward Taylor-Greene, a QAnon acolyte who claims “President Trump will remain in office. 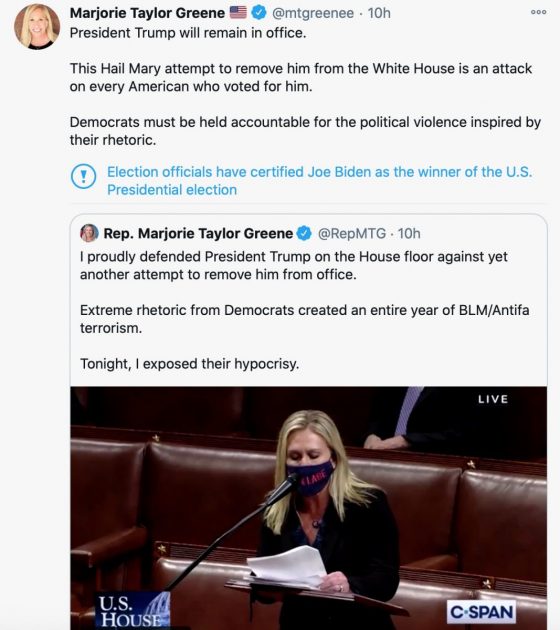 Do your thing, girl!

10 Congressional Republicans Side With Dems, Vote to Impeach President Trump