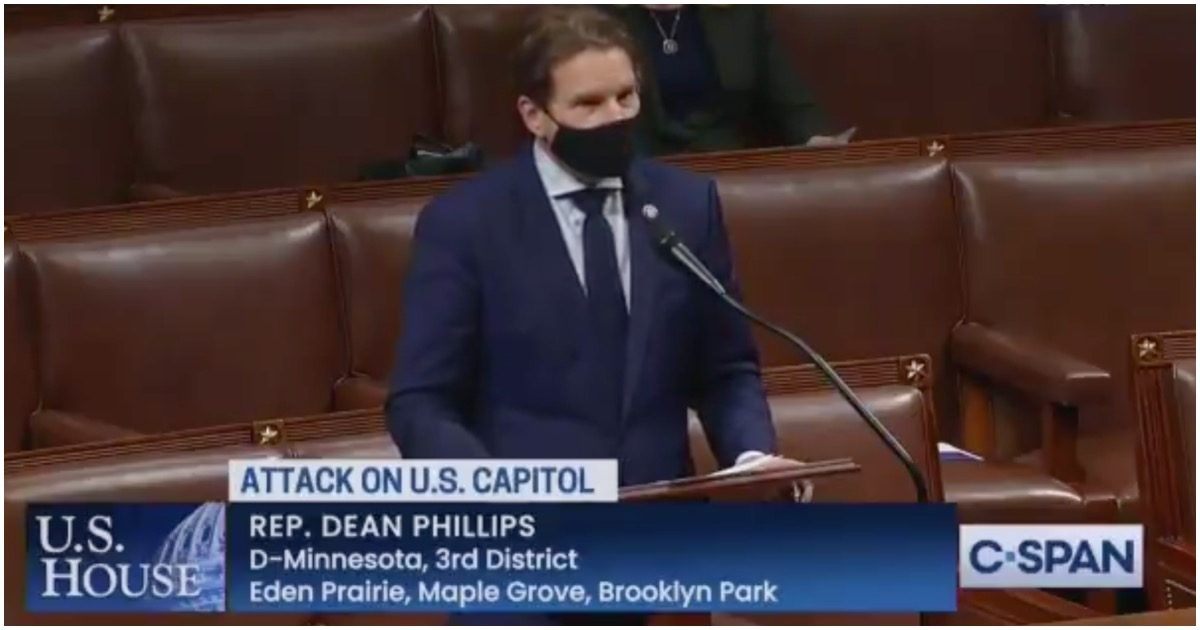 You have to be pretty screwed in the head to believe “white privilege” is real. If anything – anything – white people are being held back in order to boost up minorities.

People like this House Democrat do nothing for the country except make her weaker.

Addressing the House, Phillips recounted the events of Jan. 6, recalling that lawmakers had looked for objects to defend themselves when the Capitol was breached and realized “a pencil is about all we had.”

“But I’m not here this evening to seek sympathy or just to tell my story [but] rather to make a public apology,” said Phillips. “For recognizing that we were sitting ducks in this room as the chamber was about to be breached. I screamed to my colleagues to follow me, to follow me across the aisle to the Republican side of the chamber, so that we could blend in — so that we could blend in.”

Rep. Dean Phillips: "I'm here tonight to say to my brothers & sisters in Congress & all around our country, I'm sorry. For I've never understood, really understood, what privilege really means. It took a violent mob of insurrectionists & lightning-bolt moment in this very room." pic.twitter.com/PqnoBMiQDu

The Left Demands That We Follow Science, Except In Transgenderism — Opinion

Exposed: Bank of America Is Secretly Sharing Client Info With the Government (Report)