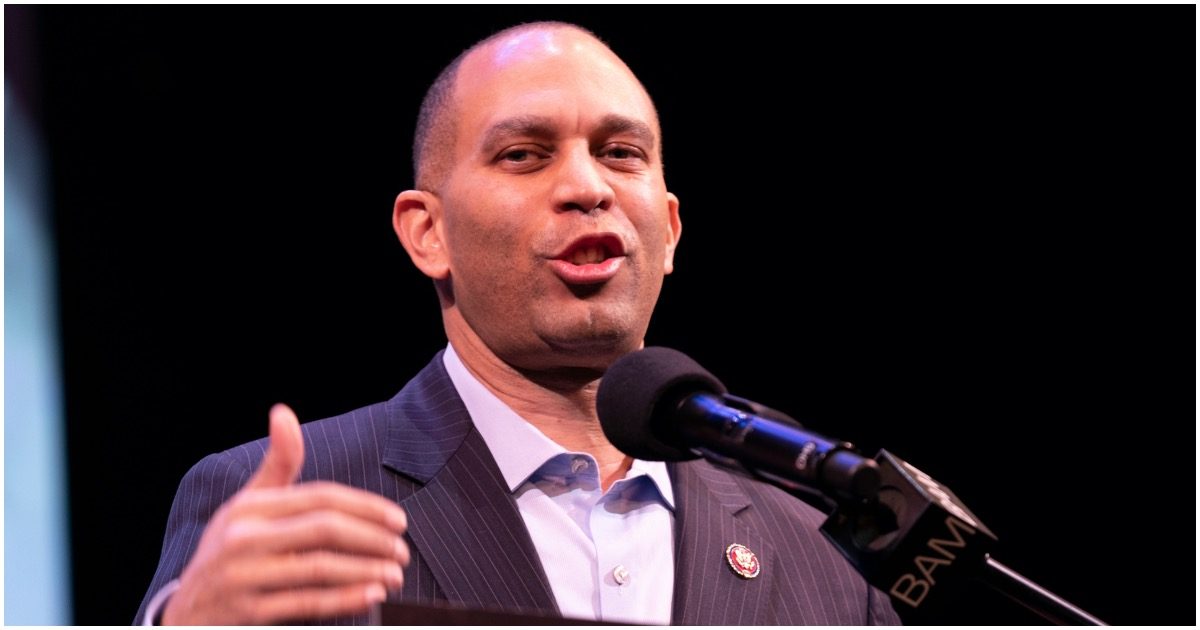 Even when applying liberal logic, this one is a complete head scratcher. It’s as if Rep. Hakeem Jeffries didn’t think anybody actually heard him saying these words. What a character. From Daily Wire:

Democratic House impeachment manager Rep. Hakeem Jeffries (D-NY) said this week during President Donald Trump’s Senate impeachment trial that it was not a problem for Democrats to get foreign opposition research on then-candidate Trump in 2016 because they “purchased” it.

The New York Post noted that Jeffries made the remark in response to a question from Sen. Richard Burr (R-NC), “who noted Hillary Clinton’s campaign hired Christopher Steele – a former British spy – to work with contacts abroad and compile the salacious dossier.”

Asked whether, under the Dems' impeachment standard, the Clinton campaign's solicitation of the Steele dossier would be considered foreign interference, illegal, or impeachable, @RepJeffries says no — because the Steele dossier "was purchased." pic.twitter.com/SbEKFGNwM4

Last Friday, Jeffries said something so blatantly ignorant about President Trump that he should be removed from his post.

The Steele Dossier was bogus from the jump and everyone knew it.

It was merely the Democrats’ first real attempt at doing what they could to discourage the American people from voting for Trump over Hillary Clinton.

Of course, Dems haven’t stopped doing everything they can to bring 45 down. It doesn’t matter that the economy is booming and unemployment numbers are at record lows.

What matters is Trump = bad, and that’s never going to change.

Last November, some interesting news dropped from the founder of Fusion GPS. According to the founder, now-discredited Steele Dossier memos initially made their way to Barack Obama’s desk back in 2016.

To some people, this is a big problem. To other people, men can grow their hair and and decide they are now women.

BREAKING: In new book “Crime in Progress,” set for release next month, #Spygate archvillain Glenn Simpson reveals that he was first hired to investigate Trump in “the fall of 2015” and that memos from his now-discredited Steele dossier made their way directly “to President Obama”

BREAKING: In new book "Crime in Progress," set for release next month, #Spygate archvillain Glenn Simpson reveals that he was first hired to investigate Trump in "the fall of 2015" and that memos from his now-discredited Steele dossier made their way directly "to President Obama" pic.twitter.com/inpB0swhkS