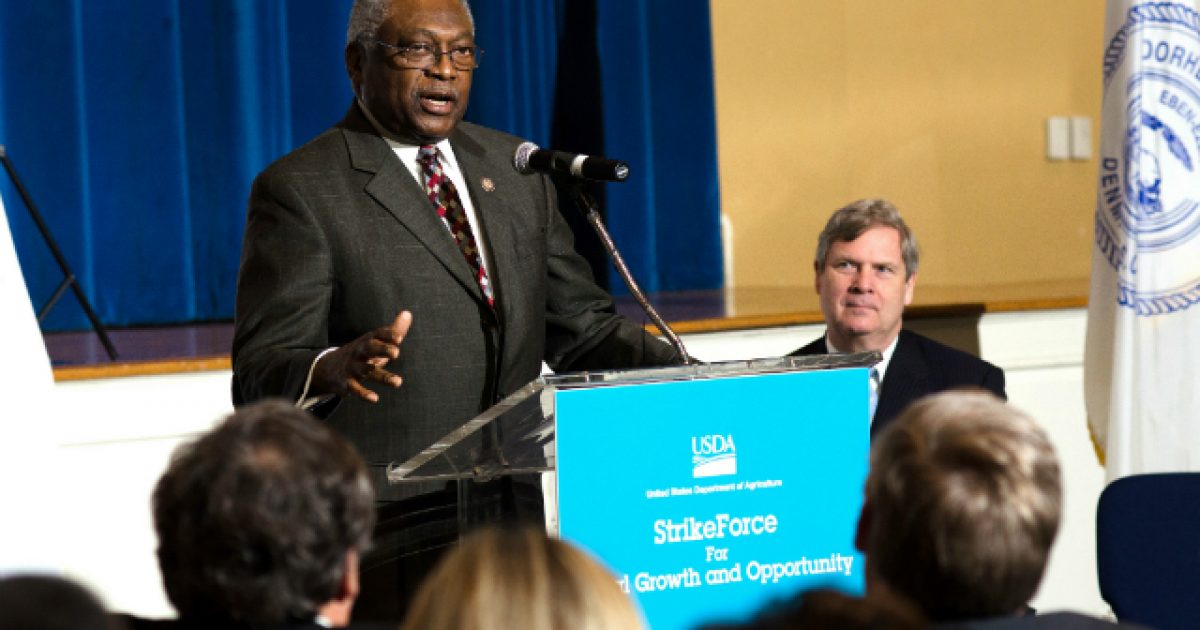 House Majority Whip Jim Clyburn is apparently ready to call the Democratic presidential primary race and move on to the Big Show after former Vice President Joe Biden had yet another powerful showing Tuesday evening. This comes hot on the heels of Biden’s Super Tuesday victories, leading many folks to believe that, at this point, that he’s going to be the nominee.

Clyburn was speaking with NPR as the results from Tuesday’s elections were rolling in, which is when he stated that it would be best for the Democratic Party if they called off the upcoming debates, ended the primary, and essentially declared Biden the nominee.

If this doesn’t lend credibility to the complaints of Sen. Bernie Sanders, that the party as a whole is totally against him, what will?

“I think when the night is over, Joe Biden will be the prohibitive favorite to win the Democratic nomination, and quite frankly, if the night ends the way it has begun, I think it is time for us to shut this primary down, it is time for us to cancel the rest of these debates,” Clyburn said, “because you don’t do anything but get yourself in trouble if you continue in this contest when it’s obvious that the numbers will not shake out for you.”

Clyburn wasn’t the only party elder ready to put an end to the primary brawl.

“This is all about November, these voters want to shut this thing down,” famed Democratic strategist James Carville said Tuesday night on MSNBC. “Our mission as a party is to defeat Donald Trump.”

But while Sen. Bernie Sanders, I-Vt., has not tipped his hand as to his next move, he and his army of supporters have historically bristled at attempts by the party establishment to nudge him to the side. The upcoming debate this Sunday, presuming it goes forward, would mark perhaps his last chance to halt Biden’s march to the nomination. With Biden continuing to stumble at times on the campaign trail – with gaffes and repeated clashes with voters, including a profanity-laced argument on primary day in Michigan – Sanders could hope to trip him up on Sunday.

It does seem likely that President Trump will be facing off against former Vice President Joe Biden in the general election this year, which means we might get to see these two go toe-to-toe on the debate stage sometime soon.

Talk about entertaining television. It’s going to be like a pay-per-view UFC fight. Just imaging how flustered Biden is going to get dealing with Trump and how much fun Trump will have ripping him to shreds right there on the stage. It’s going to be crazy.

Autoworker Who Got In Confrontation With Joe Biden Over Gun Control Speaks Out; Says Biden ‘Went Off The Deep End’