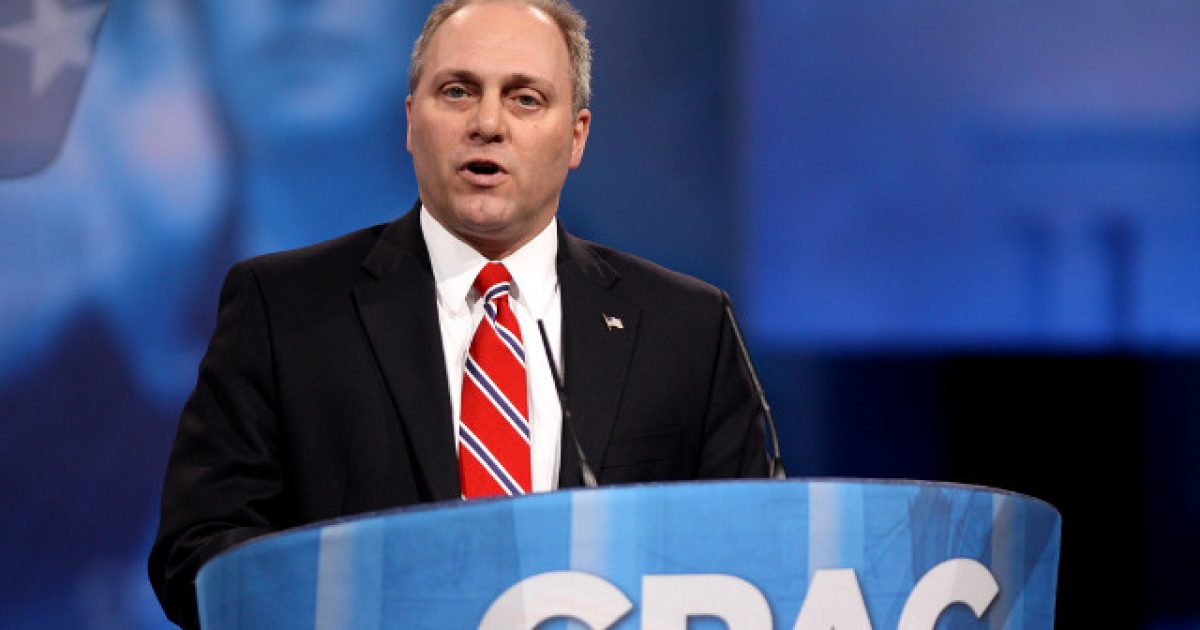 House Majority Whip Steve Scalise has taken it upon himself to deliver a much needed lesson in civility to wacky Democratic Rep. Maxine Waters after she recently made calls for liberals to mob and gang up on members of the Trump administration and harass them for their political beliefs.

Both Press Secretary Sarah Sanders and DHS Secretary Kirstjen Nielsen have been driven out of restaurants due to folks being displeased with their support of President Trump’s policies, particularly on the topic of immigration.

Many on the left are supporting such measures, like Waters, and are calling for more places of business to follow suit. Ironically, these are the same people who spit venom and vitriol at a Christian bakery for refusing to make a gay wedding cake.

Waters told a group gathered at a rally in California Sunday that they should continue to harass members of the Trump administration and to make sure Trump officials and supporters know they aren’t welcome “anymore, anywhere.”

“If you see anybody from that cabinet in a restaurant, in a department store, at a gasoline station, you get out and you create a crowd and you push back on them, and you tell them they’re not welcome anymore, anywhere,” Waters said.

Scalise nearly died in the shooting on June 14th of last year, the bullet having tore up some internal organs and shattering his hip. The man responsible for the shooting was a hardcore supporter of Sen. Bernie Sanders and was supportive of other liberal causes. He was part of a Facebook group called “Terminate the Republican Party,” a title he seemed to take all too literally.

The left is not at all up for having conversations about important issues and topics, taking the time to thoroughly research each side of the argument and seeing which one is true. Deep down, they know factually their worldview easily crumbles.

Therefore, they attempt to shut down the opposition, vilify them, and force their views on others whether they like it or not. It’s pure insanity.

For Maxine Waters to call for this kind of harassment, all the while slamming Christian businesses for refusing service for events that would violate their religious liberty is the height of hypocrisy.

Of course, hypocrisy is a symptom of liberalism, but tragically, the left seems oblivious to this fact, or perhaps they just don’t care to do anything about it.