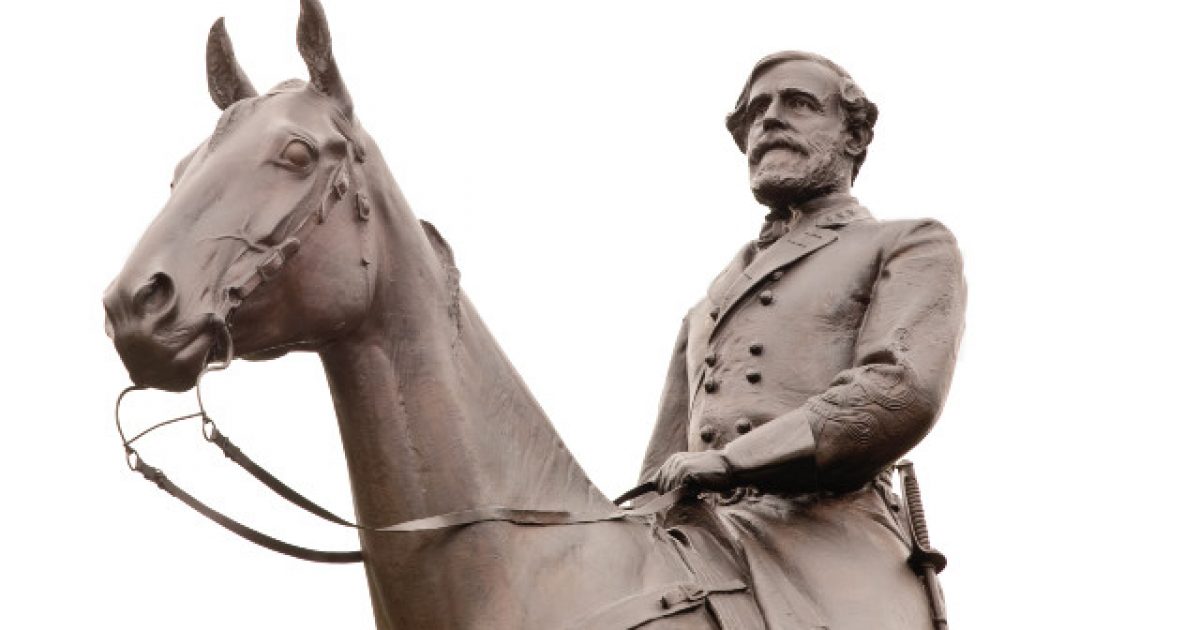 Democrats in the House are getting ready to cast a vote on a measure that will force the removal of any and all Confederate statues from the U.S. Capitol, along with some additional figures who are considered to be “racially insensitive,” including former Vice President John C. Calhoun and Supreme Court Chief Justice Roger B. Taney.

Because, apparently, the left wants to desperately erase our history and pretend that all of the bad things that we have done are shoved under the rug so people don’t have their feelings hurt. Sorry folks, but that kind of thinking is how you end up repeating the mistakes of the past. We must learn from our history and move forward.

“We must make the clear and unequivocal statement that there is no room in this Capitol for those who have perpetrated hate and division in the United States of America,” Rep. G.K. Butterfield, a North Carolina Democrat and co-sponsor of the bill, said Wednesday.

The House will bring up the measure under special rules that limit debate, prohibit amendments, and require two-thirds support of the entire voting body to pass the bill, which will increase pressure on Republicans to vote for the measure.

Speaker Nancy Pelosi, on June 10, requested lawmakers in the House and Senate who oversee the Capitol statue collection to banish 11 Confederate figures on display in halls and corridors throughout the building. That list includes former Confederate Gen. Robert E. Lee and former Confederate President Jefferson Davis, among other figures.

GOP lawmakers have rejected the request made by the statue oversight committee, stating that this is an issue that must be decided by the states. Each state has commissioned two statues that are on display in the Capitol. Taking this path would take a very, very long time.

However, that’s likely the point. States are indeed the ones who should decide this, as that is abiding by the Constitution. You know, that little document that protects our rights and is supposed to keep the government from usurping powers that it’s not supposed to have?

Speaker Pelosi and others have said the statues need to be evicted much sooner than that would allow. The main reason they want Calhoun’s statue booted is because he was a white supremacist who advocated for the continuation of slavery.

The bill sets out a four-month deadline for having these monuments and statues removed, and provided $5 million to the Smithsonian Institute to have the statues stored. They will eventually be returned to the states.