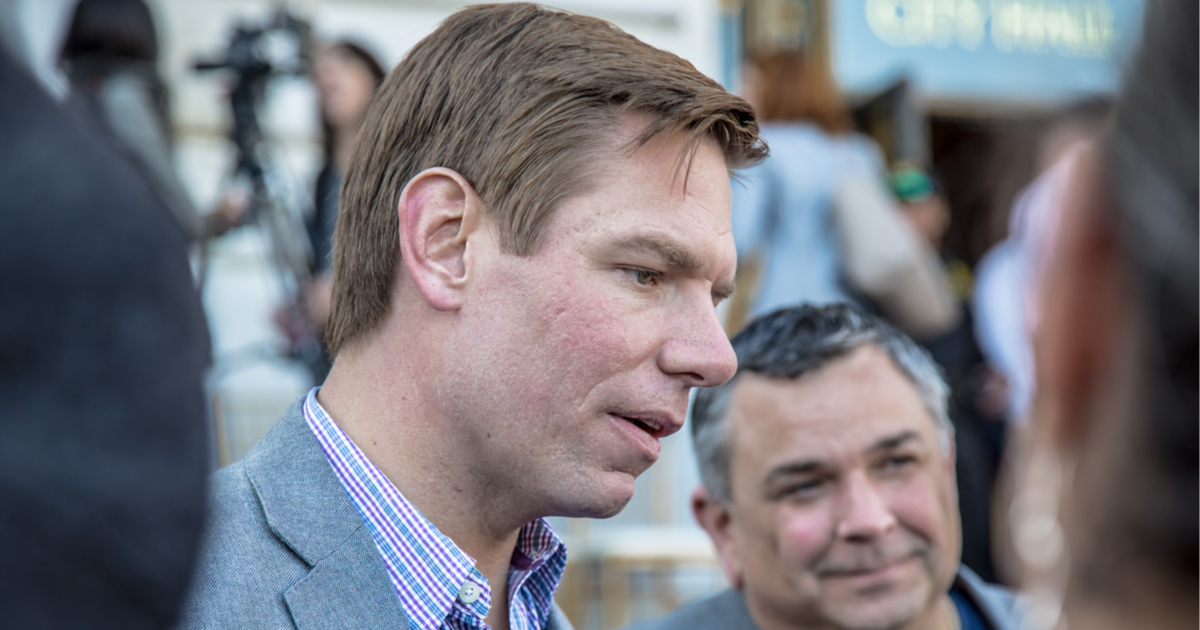 With Robert Mueller having allegedly begun work on his “final report” in the #RussiaGate case, the American people are beginning to become a bit antsy in anticipation.

Mueller has long been working in relative darkness, attempting to ensnare a number of former Trump acquaintances on process charges in hopes of a few of them “flipping” over to cooperation with the probe.  This has apparently worked on Michael Cohen, one-time Trump lawyer, who was spotted back in DC this week – presumably in a Mueller-related situation.

Of course, President Trump’s recent move to replace Attorney General Jeff Sessions with Matt Whitaker has seemingly turbocharged Mueller’s timeline, as Whitaker has been an extremely vocal opponent of the probe from the very start.

Now, in an effort to scare the American people into hysteria, one television-happy democratic House member is drumming up fear over Whitaker’s appointment.

In a conversation with Wolf Blitzer this week, Rep. Eric Swallwell had the following to say:

BLITZER: You saw this very strong article, the incoming chairman, we expect, Adam Schiff, of the Intelligence Committee, he just wrote it, posted in The Washington Post. ‘Matthew Whitaker, we’re watching you.’ Very strong words. You’ve got a strong tweet that you posted today, as well. Let me read it to our viewers: ‘The days of presidential immunity are OVER.’ Over, all caps. ‘Gone. No more free passes to cash in on the — on access to Oval Office. No more colluding with Russia, and we’ll see if you’re a tax cheat. America is putting a balance of power on your abuses of power. Welcome to democracy.’ So tell us exactly what you mean by that, including your reference to a balance of power.

SWALWELL: And first, Wolf, happy Veterans Day to our veterans out there. That was a response to the president’s tweet, blaming a dip in the stock market today on what he calls presidential harassment. And what he may be viewing as harassment is probably a response to the two years of immunity that he’s been receiving and what he now sees is going to be oversight. And while we’re going to prioritize, you know, the economy and lifting up, you know, wages and protecting health care, we’re also no longer going to let the president get away with, you know, easing sanctions on Chinese companies while he gets a $500 million loan from the Chinese and a Trump Tower project. We’re not going to allow the president to just, you know, kill this Russia investigation by hiring an assassin like Matt Whitaker to come in and take it out —

BLITZER: When you say assassin, what do you mean?

SWALWELL: Yes, well, he— Whitaker was hired because of his views on the investigation, those views. He’s prejudged the investigation. Vox has reported that the president and Whitaker have been plotting, essentially, to have Whitaker come in and wind down the investigation. If that had happened on Monday, you know, last Monday before the election, we would be powerless. But the voters want a check on these abuses of power. We’re not powerless any more.

As of this writing, there has been no official indication that Matt Whitaker will be taking any steps to stymy Mueller and company, making Swalwell’s comments nothing more than speculation in hopes of swaying the public.

Andrew Klavan Reveals Why American Political Discourse is So Brutal Today, And The Media Plays a Huge Role

Burglars Stick Gun in the Face of Store Manager, What She Does Next Leaves Them Shocked.