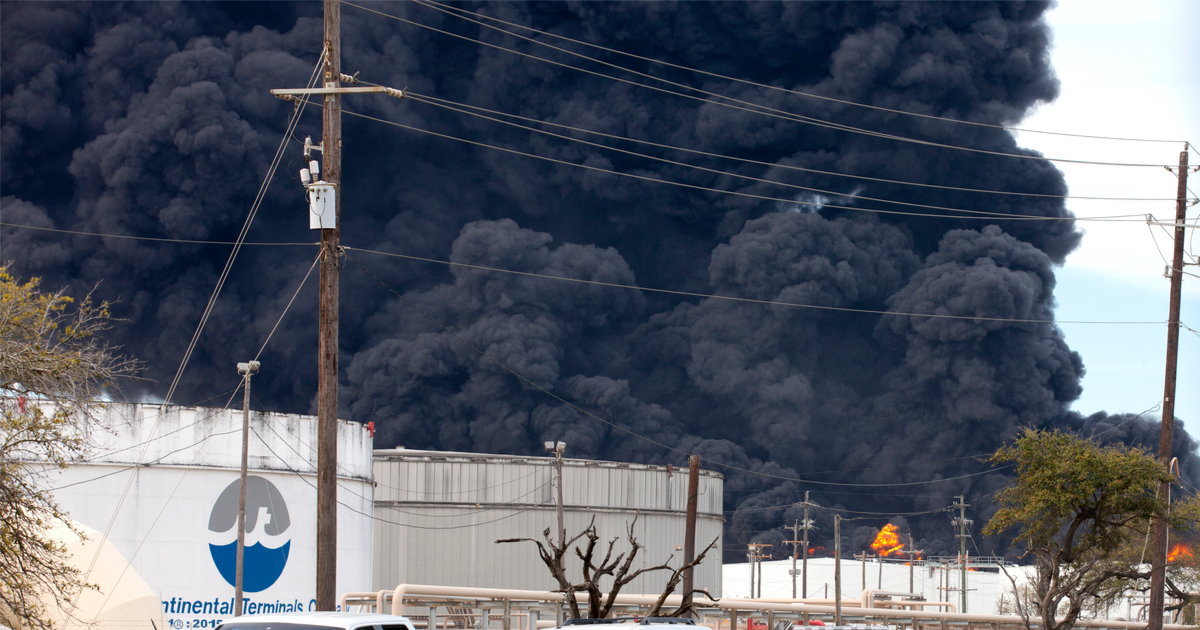 The people of Houston, Texas are in trouble.

On Sunday, a massive chemical plant in the Texas city went up in smoke.  Alarmed social media users in The Lone Star State took to Twitter to share the harrowing images of a dark plume of who-knows-what smothering the sky over their homes.

The joy of living in Houston. That’s smoke from Naphtha, Xylene and Toluene fires blowing right into the city. pic.twitter.com/rqSKe2GICd

Houston residents were told that there was no need to be concerned about possible health concerns, despite the noxious plume having spread far and wide.

Suddenly, and frighteningly, authorities have backtracked on that assessment, and are now warning residents to stay indoors.

National Guard troops have been called in and residents were told to stay inside after elevated levels of benzene were detected early Thursday near a Houston-area petrochemicals storage facility that caught fire this week.

Harris County officials said the Guard and hazardous materials teams have established perimeters around the Intercontinental Terminals Company in Deer Park, which is about 15 miles southeast of Houston.

The Texas Environmental Protection Agency said Wednesday that benzene levels near the facility didn’t pose a health concern. But authorities issued a shelter-in-place order Thursday following “reports of action levels of benzene or other volatile organic compounds” within Deer Park, according to the city.

Residents near to the fire have reported a range of strange symptoms, including headaches and nosebleeds, according to local environmental groups.