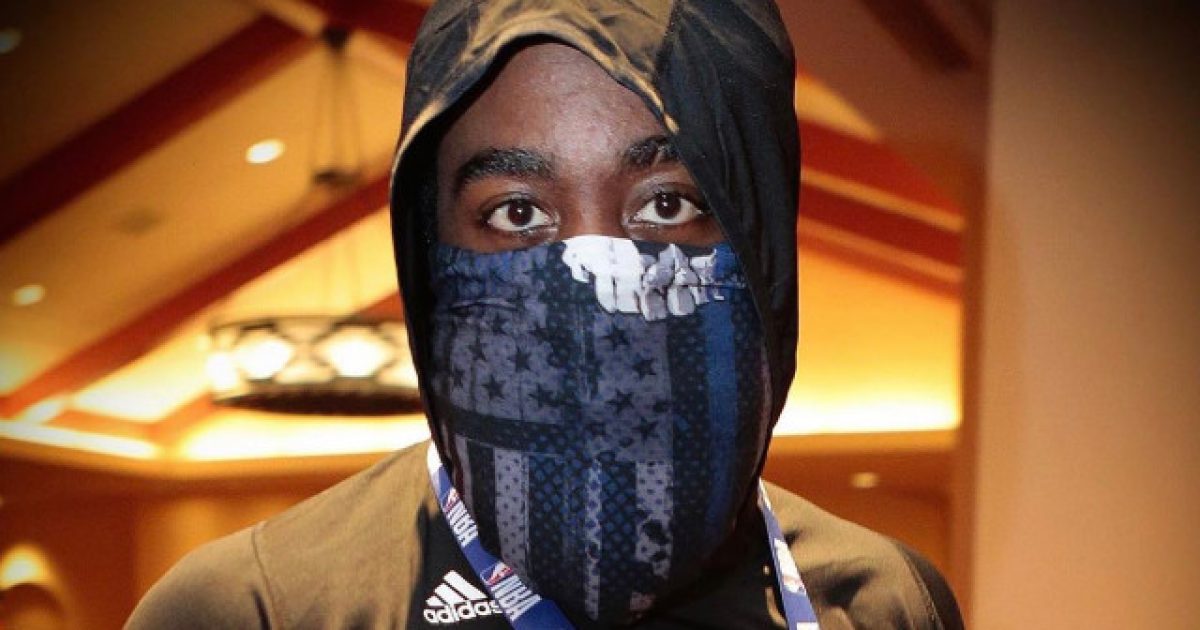 The National Basketball Association and the Houston Rockets are no doubt about to take a lashing from liberals all across the country as they are promoting a photograph on Thursday of superstar James Harden wearing a face covering that featured a pro-police “Thin Blue Line” on an American flag with a skull logo on it.

If you listen closely, you can hear the screaming and wailing from here.

“The black space above the blue line represents society, order, and peace, while the black below, crime, anarchy, and chaos,” Thin Blue Line USA says. “The Thin Blue Line running between them, ‘law enforcement,’ separates the two, keeping crime separated from society.”

The NBA also tweeted out an image of Harden wearing the face covering, writing, “The Masked Beard!”

The Washington Post reported, “Neither the Rockets nor the NBA, which also shared an image of Harden’s mask to their Twitter account’s more than 30 million followers, responded late on Thursday to questions about where Harden got the mask or whether it was meant as a political statement.”

Why does it matter? Who wants to know? Is this the kind of society we live in where a dude can’t sport a mask of his choice without being hounded? It’s ridiculous.

Regardless, here’s to hoping that Harden wore the mask to simply state he supports law enforcement officers and is willing to break from the pack and actually think through issues for himself. That kind of mentality is sorely lacking in our world today.

It’s likely the skull image is a reference to the Marvel Comics character “The Punisher,” which apparently the company is not happy to see embraced by cops and those in the military.

In fact, law enforcement officers love The Punisher so much they are refusing to remove the logo from their gear.