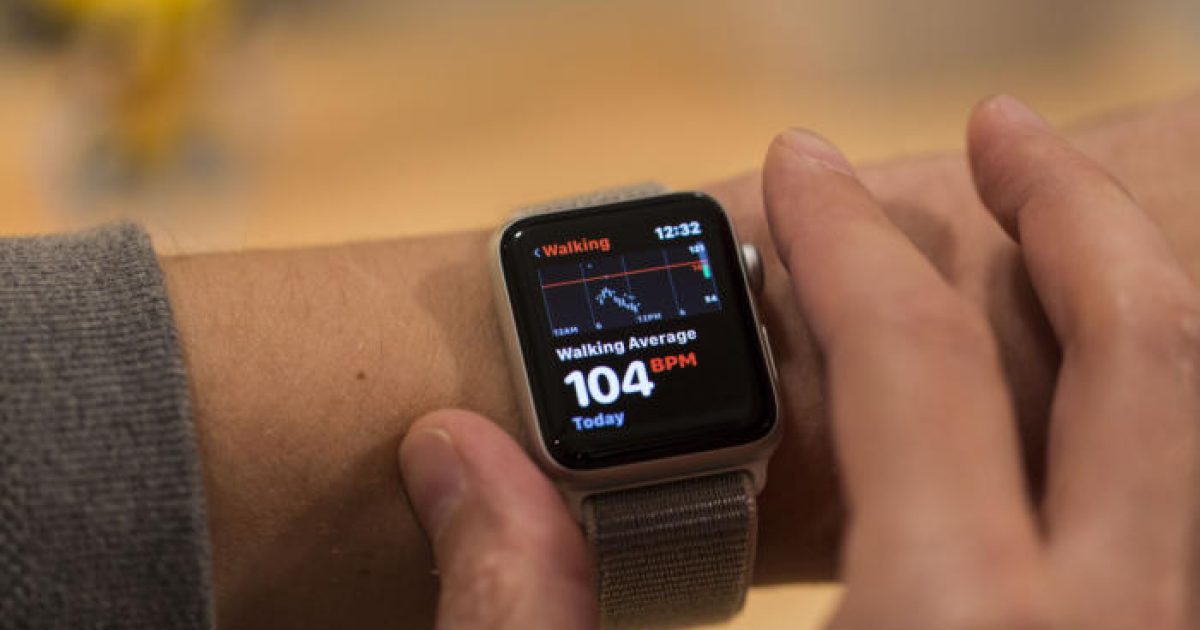 Technology can be such a double-edged sword. On the one hand, it’s improved our lives tremendously, on the other, smartphone addiction and social media smackdowns can often leave us feeling like we may be better off without so many modern breakthroughs.

For 46-year-old Ed Dentel, however, he’s likely thanking the Lord that he lives in a world with the Apple Watch, as the sleek, pricey gadget may have very well saved his life.

The Apple Watch certainly prides itself on its health integration and emergency features that have contributed to several real-life stories of prevention and survival, but Dentel likely never thought he’d be one of them when he put his watch through a routine software update…and ended up in the Emergency Room.

“The application on the launch sounded off right away with atrial fibrillation — not something I’ve ever heard of, but since I’m in pretty decent health and never had a problem before, I didn’t give it much thought,” the 46-year-old told ABC News.

Dentel, who works as a communications consultant in Richmond, Virginia, has no history of heart issues, and stays active with regular taekwondo, biking and skiing.

“I figured something was glitchy, so I set everything down turned in for the night,” he said.

But when he tried the watch out again the next morning, he got the same troubling result.

He powered it off and started it up again, tested it on each wrist, even tried it on his wife a few times, but he kept getting the same result. So, despite still being in serious doubt that anything was wrong, he decided to seek medical care.

Dentel reluctantly drove to a local urgent care clinic. But when he arrived to find a packed parking lot and waiting room, he almost turned right around.

But after checking the watch “one more time” and receiving the same result, he decided to stay.

Though Dentel said he felt like a hypochondriac explaining to the physician that his watch detected a heart problem, after a brief EKG scan, the watch’s results were confirmed.

“Yup, you’re in AFib,” a doctor told him. “This thing may have just saved your life.”

He was referred to a cardiologist who once again confirmed the watch’s diagnosis.

What is particularly striking about Dentel’s condition is that while AFib is usually liked to smoking or excessive drinking, he is a healthy, active man with no reason to worry about his health.

Don’t ever imagine you’re immune to health scares—but don’t forget how much technology can help us in these times!

WATCH: The Powerful Moment the Nashville Airport Screeched to a Halt for the National Anthem