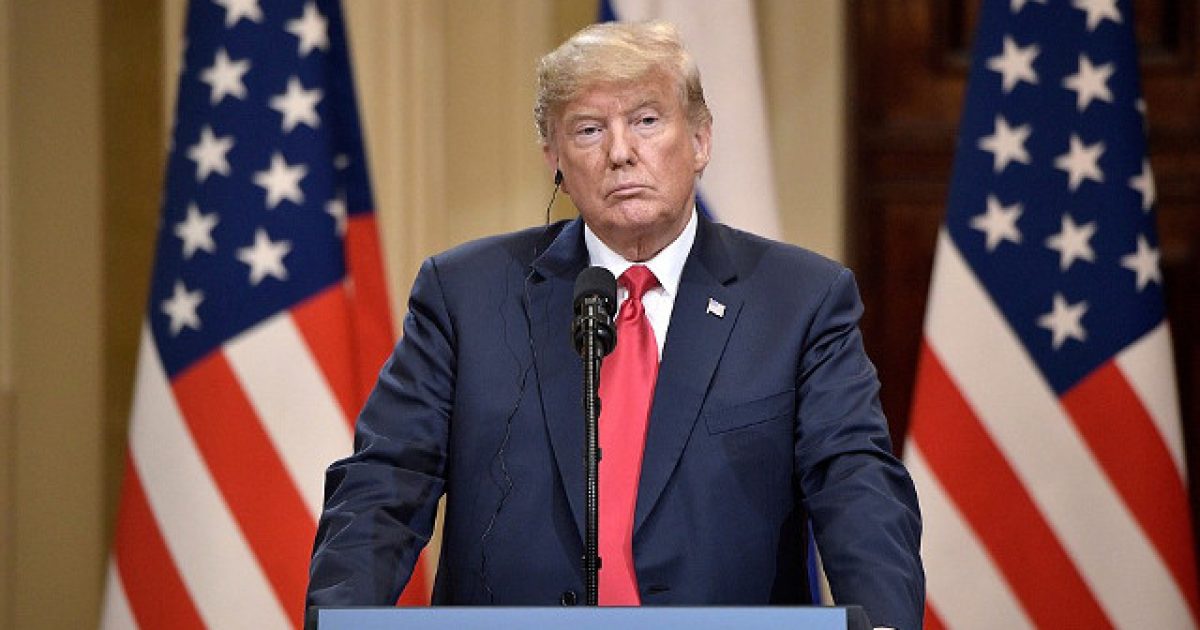 Just 24 hours before the midterm elections, President Trump stated that he didn’t think the outcome would end up being some sort of referendum on his first two years in the Oval Office.

Well, as it turns out, his confidence in the House was just a bit misplaced.

By 10 p.m. EDT, several major networks called the House for Democrats. At the same time, the nets said Republicans would hang onto control of the Senate. But it’s the House loss that will define the next two years of Trump’s presidency: If Democrats make Rep. Nancy Pelosi Speaker of the House and install Trump haters into leadership positions, Trump faces a very unpleasant end to his first term, filled with investigations and gridlock and endless partisan sniping.

In the end, exit polls showed voters made Trump a major factor in their decisions. “Nearly two-thirds of those voters said Mr. Trump was a factor. One quarter of those casting a House ballot said they did so in part to support him. Four in 10 said they cast a vote to oppose him. Only one-third said he played no role in their voting,” CBS News reported.

The booming economy, which Trump was counting on to shore up his party, didn’t play as big a role as he’d hoped.

In a big change from previous midterms, just 1 in 5 voters said the economy was the most important issue in the election this year — even though Trump sought to make that the center point of his effort to push Republicans.

The Associated Press reported that nearly 40% of voters cast their ballots to express opposition to the president, according to a national survey of more than 115,000 voters.

Opposition to Trump proved to be more a motivating factor for Democrats than support for the president a factor for Republicans. Still, Republican voters tended to be overwhelmingly supportive of the president.

More voters disapproved of Trump’s job performance than approved — a finding that is largely consistent with recent polling.

While the loss of House seats for Trump’s administration is pretty bad, it’s still better than when President Obama lost the House back in 2010. Obama lost 63 House seats right after the Affordable Care Act was passed.

CBS News pinned the loss on President Obama, with the point being that whenever a president loses part of Congress, or the whole thing, the blame is always laid on the president.

The question we need to ask is whether that assumption is right. It’s hard to argue that Trump’s often divisive, sometimes seemingly childish rhetoric is off putting for a lot of folks, Republicans included. Could that have played a significant role in mobilizing liberals to come out and vote in larger numbers?

It’s a real possibility. Most of the time, when you hear complaints about President Trump, it goes back to things he’s said or something he’s done in his past, which just goes to show, if you have any sort of interest in politics, even just a little teeny, tiny bit, you need to be extraordinarily careful with your behavior and the things you say. They could come back to haunt you later.

Democrats Who Voted Against Kavanaugh Have Major Regrets After Midterm Elections