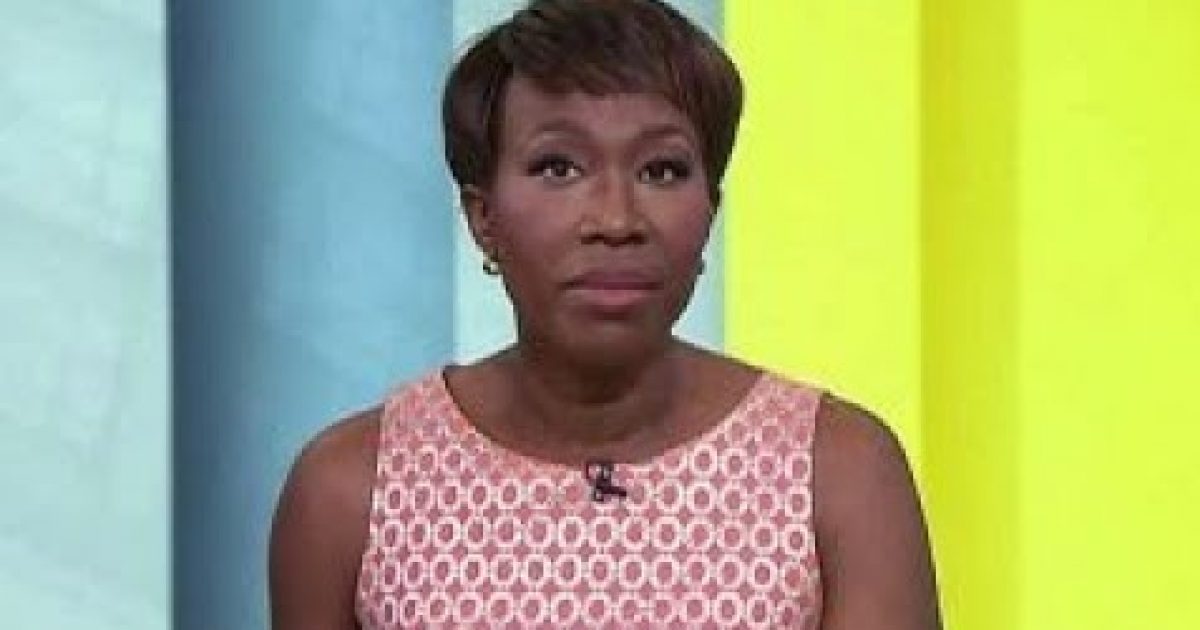 Joy Reid is a farce. She tries to project herself as a “tolerant” liberal yet since her personal website was discovered we’ve learned that she seethes with hatred toward others. Five weeks ago posts displaying her hatred of Gay people were discovered. She also photoshopped a picture of Sen. John McCain suggesting he was responsible for the Virginia Tech massacre and was revealed as a 9/11 “truther.”  Lost in the story of Rosanne Barrwas our revelation that Joy Reid is not a fan of Mexican immigrants, believes the anti-Semitic canard that Jews and Israel control American foreign policy, spewed the modern version of the anti-Semitic blood libel and much more. Because it is essential for the present discussions about Ms. Reid, her bigoted blog posts are presented and expanded upon below, and simliar comments made on her MSNBC program are included.

Did you know that the Mexicans who come to the United States don’t really care about freedom? That’s what Ms. Reid believes.

I’ve said on the radio show, and on this blog, that in my opinion, the immigration debate largely misses a very important point: many, if not most, of the illegal migrants who come to this country overland from Mexico are not coming here for citizenship, or freedom, or some other Statue of Libertyesque truism: they’re coming here for cash, that they intend to send home to Mexico (to the tune of becoming that country’s second largest component of GDP.)

Another thing Joy Reid isn’t a fan of is CNN’s, Wolf Blitzer. She doesn’t believe a Jew like Wolf Blitzer should report on the Middle East, as he is just a tool of the [Jewish?] lobby which controls Congress on behalf of Israel:

“lobby that holds the whip hand over Republican and Dmeocratic members of Congress alike, and whose role in a certain series of Iran-related spying cases raises troubling questions about whether foreign agents are operating inside the United States, with the purpose of screening American foreign policy in the Middle East for the government in Tel Aviv? (Or twisting it on Israel’s behalf…)”

That must be why Reid was upset at the POTUS moving the US Embassy to Jerusalem, she was monitoring the development of US policy in Tel Aviv.

I wonder if MSNBC’s bigot knows that Mr. Blitzer was responsible for a real Israeli spy, American Jonathan Pollard getting a life sentence for his crime. Three weeks before Pollard’s sentencing, Wolf Blitzer, at the time a Jerusalem Post correspondent, conducted a jail-cell interview with Pollard and penned an article that ran in The Washington Post called, “Pollard: Not A Bumbler, but Israel’s Master Spy.” That article upset both the prosecution and the judge who mentioned it at Pollard’s sentencing. The angry Judge gave Pollard a life sentence which was unusual for the crime and uncommon because of the fact the government had not even asked for one.

But Reid must believe that anyone who is Jewish cannot be a fair reporter:

Blitzer’s behavior is not only anti-journalistic, it’s irresponsible and transparantly ideological. If he wants to do an editorial program promoting the interests of a foreign government (Israel,) he should petition his bosses at the network to do just that. Otherwise, if he is purporting to do “news,” he should stick to the news, and put aside his AIPAC flak jacket. (Syrian Ambassador Imad Moustapha didn’t fare much better with MSNBC’s resident twitterbug Norah “Giggles” O’Donnell, who even managed to characterize the U.S. veto of a U.N. resultuion condemning Israel’s use of excessive force in Gaza as a repudiation of criticism of Israel by the Security Council…)

(…) BTW, loved the insertion of Martin Indyk of all people as an “analyst.” Yeah. No bias there, CNN..

Martin Indyk? Martin Indyk is not a fan of Israel. He has been accused of being downright nasty toward Israel in public and even worse in private. Indyk once gave a sermon at his Washington DC Synagogue on the holiest day on the Jewish calendar, Yom Kippur and standing there on the pulpit in front of the Torah he trashed the Jewish State. Granted these incidents occurred after Joy Reid wrote her posts, but Indyk didn’t just change his stripes when he was put on the payroll of the Hamas funding government of Qatar. Remember he was a close ally of Hillary Clinton who is also anti-Israel.

Why would Reid show antagonism toward Martin Indyk who is not friendly toward Israel? The only answer is that Joy Reid’s venom is directed toward Indyk for the same reason she trashed Blitzer–he is Jewish.

In another post, Joy Reid agreed with former Iranian President Ahmadinejad’s description of Israel that there is no reason a Jewish State should be in the Holy Land.

BTW, Joy, his first name is Mahmoud. Ahmad was his father he was a barber (and the last name is spelled Ahmadinejad, not Amadinejad.

Wizbang makes this Ahmad Amadinejad zinger (I can finally write that without looking it up) their quote of the day (and their readers curiously vote for France…):

“You believe the Jews were oppressed, why should the Palestinian Muslims have to pay the price? You oppressed them, so give a part of Europe to the Zionist regime so they can establish any government they want. We would support it. So, Germany and Austria, come and give one, two or any number of your provinces to the Zionist regime so they can create a country there… and the problem will be solved at its root.”

I hate to admit that Mr. Amadinejad has a point

Also in 2006, Reid used the modern version of the anti-Semitic blood libel by implying that when Israel is defending its self, it is only doing so because it’s a blood-thirsty warmonger:

Israel’s brutal response to the kidnapping of one of its soldiers by Palestinian militants has touched off what looks for all the world like all out war in the Gaza Strip. The Israeli assault has even included overflying the home of the president of Syria — an interesting non-sequitor. Now, enter Hezbollah from Lebanon.

(…) What next, Israelis? How many simultaneous wars are you going to fight? Is the goal to try and topple not only the Hamas government in the Palestinian territories but also the government of Syria?

She wrote the above almost precisely a year after Israel left Gaza and didn’t care that Israel was responding to terrorism.

Ms. Reid’s issues with Israel continued into her time at MSNBC, for example in a 2014 program she suggested that the US blindly supported Israel and that support for Israel was a racial issue as people of color do not support America’s stance. Blindly supporting?  Didn’t she realize that anti-Israel Barack Obama was president? Racial? She needs to examine history because one of the biggest supporters Israel ever had was the Reverend Martin Luther King Jr.

On her program MSNBC program in 2016, she blasted Ted Cruz because he said the government should stop funding colleges that supported the anti-Semitic BDS movement. Her bigoted believe that the purpose of the boycotts, divestment, and sanctions movement (BDS) was to push Israel to make peace which isn’t true. The BDS movement is political warfare used against Israel, intended to isolate it economically, culturally, and politically. The BDS movement bases its attacks on fabricated tales of human rights violations, double standards, comparisons to apartheid South Africa, and false accusations of “war crimes.” Understand, this movement has just one purpose, to delegitimize Israel and to deny the Jewish people their right to self-determination. Both the U.S. State Department and Pope Francis have declared that denying that the Jews have the right to have their own state, is a form of Antisemitism. Perhaps that hatred is behind Ms. Reid’s support of BDS.

BTW before you start thinking that Joy Reid only hates Gay people, Hispanics, Jews and Israel, keep in mind she once complained during her MSNBC program that there were too many Catholics on the U.S. Supreme Court. In December 2017on MSNBC she compared “Christian beliefs [about Israel] to ‘Something out of a novel.’

Was ABC Justified in Cancelling Roseanne’s Show? Yes and No