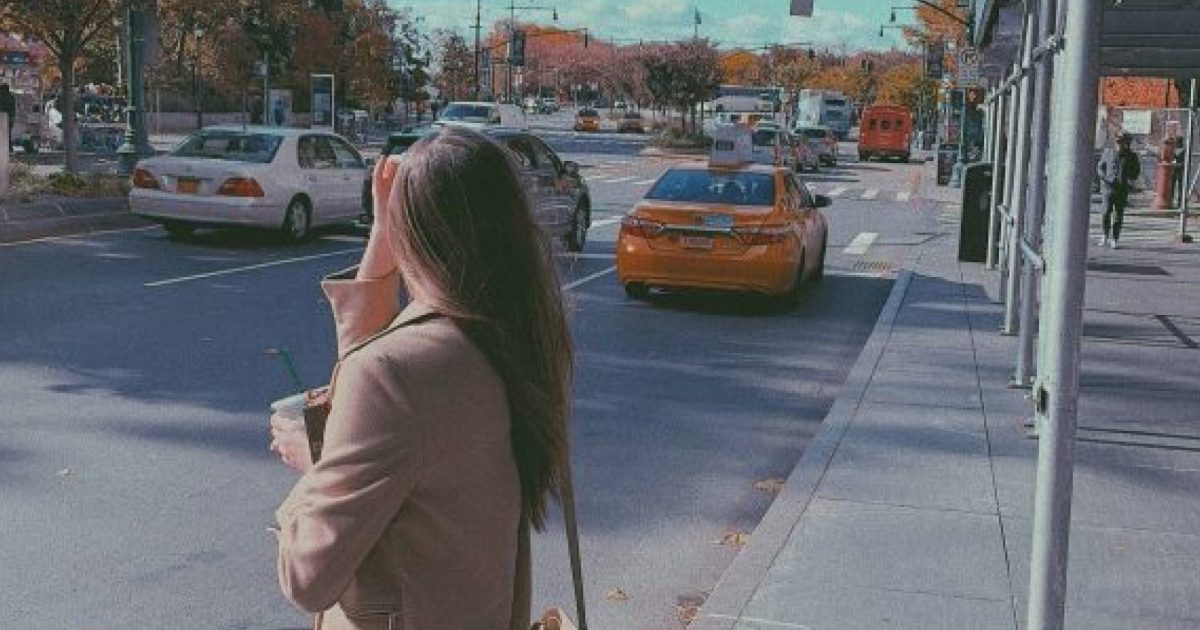 What is it about life that makes us so happy and excited about something new, but as time goes on we tire of it or even begin to hate it?

For blogger Christen Limbaugh Bloom, it’s life in New York City. To people like Christen, the bustle, noise, lights, and people of NYC offer promise of excitement and a healthy dose of fun.

It’s the same bubbly feeling Christen had during one of her first summers in New York working as an intern, until one day she took a strange cab ride that threatened to break her positive attitude. In an opinion post for Fox News, Christen detailed the encounter that taught her a lesson she still relies on to this day.

“You’re not from around here, are you?” said the driver.

“It’s that obvious?” I laughed.

“Well, I can tell your friend has lived here for a while by the way she was rushing you into the cab. She seems like she’s in phase two.”

Being a small-town girl in the big city for the first time, I typically tried to avoid engaging in long conversations with strangers. But this cab driver seemed particularly friendly so I asked,

“Phase two? What does that mean?”

“There are different phases of love for New York City. I can always tell which phase my passengers are in. For example, you’re in phase one. I’m guessing you just got to New York, so you love EVERYTHING about it. You’re happy and excited about it, so your positivity shows. But that positivity starts to fade as you graduate to each new phase,” he explained.

Christen was practically a kid back then, but she was sure her effervescent affection for the Big Apple would never fade. Still, the cab driver knew the facts.

“You say that NOW.” said the cab driver. “But trust me, that’s what everyone thinks when they first move to New York. People move here and love everything about it in the beginning. And then they get to phase two. That’s when you still love the city, but things aren’t new anymore. You start to see the problems and the difficulties, but you’re still willing to stick it out.”

He went on, “Then comes phase three. When people hit phase three, they’re over it. They realize the city is expensive and it’s hard to get around, they get sick of the small apartment, the cold weather, you name it. Basically, eventually, people end up hating everything about it.”

Christen was concerned but committed to blocking off her cabbie’s pessimistic outlook, even after he showed her a notebook in which he’d tallied the “phases” of his various passengers over the years and found that upwards of 90 percent of them were firmly planted in “phase three”.

Stepping out the door at the end of that strange cab ride, Christen made a vow to herself, right then and there, that she’d never enter into “phase three.”

It wasn’t until later that Christen realized a much deeper meaning to the parable of the cabbie: nothing in this life, no possession, no achievement, not even any person, can give us true, lasting joy. If moth and rust can get to it, it can’t give us permanent peace and happiness.

“So often we’ll set a goal for ourselves thinking ‘If I can achieve this, THEN I’ll be happy,’” Christen continues. “But soon after we’ve achieved it, our happiness fades away and we find ourselves back at square one, pining for the next goal.”

Our human nature, she adds, makes it difficult for us to stop and remember that God is the giver of all good things in our lives. Instead, we tend to take His blessings for granted and trudge onward in search of the next new thing.

“When this happens, we should pause and ask God to help us see things from His perspective,” Christen suggests. “We must replace expectation with gratitude for the gifts God has already given us.”

“God has stopped me in my tracks when I’ve been tempted to complain about the frustrations of life by remembering that crazy cab ride,” Christen said, offering such incredible encouragement.

“I’m reminded of the days when I merely dreamt of living in New York City, and suddenly things don’t seem so bad…I’ve learned that getting back to ‘phase one’ is as easy as remembering the dreams that have already come true.”

God can use such peculiar people and circumstances to remind us of His truth, isn’t it amazing?