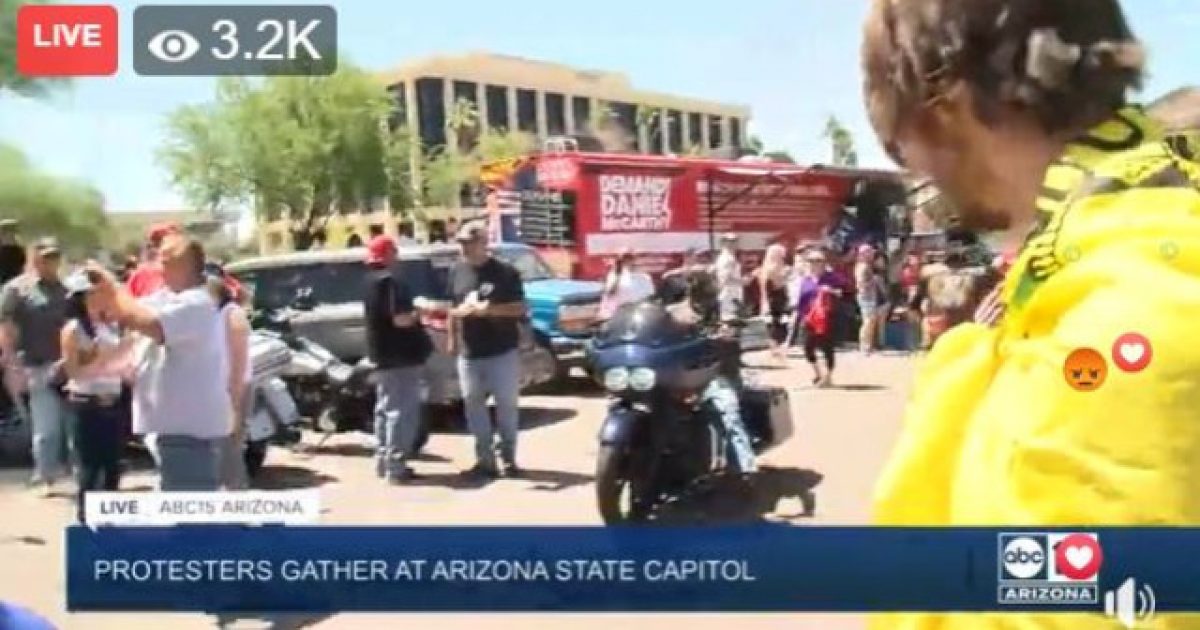 One of the things we’re seeing on almost daily basis is the rising up of American patriots who are ready to do battle against government overreach for strangling their livelihoods and stripping away their freedoms in the name of safety.

Hundreds of protesters took to Wesley Bolin Memorial Plaza, located across the street from the state Capitol of Arizona in Phoenix to protest the shutdown enacted by Gov. Doug Ducey back in March that extends through the end of April.

Most folks will think this is insane, but the real reason these folks are out protesting has little to do with them wanting to open everything up all at once as these individuals are being accused of by liberal media. What they really want is to not be forced to abide by laws and regulations that destroy their ability to provide for themselves.

Organized on Facebook by a group called Reopen Arizona, several hundred people filled the park, played music and listened to speeches over a loudspeaker. Notably, many were not wearing masks or practicing social distancing as the Centers for Disease Control and Prevention have stressed when out in public. Signs were on display with sayings such as “#endthefearrany” and stories about how the order has shut down their small businesses.

A large bus wrapped in President Donald Trump signs was parked in one of the lots along with a fire engine that hoisted an American flag into the sky with its ladder.

The vast majority of the signs held at the protest stated that the people are unhappy with the shutdown orders and feel it is an infringement of their liberties.

The media has reached out to Gov. Doug Ducey’s office to get his take on the protests, but as of this writing he has not responded.

The People Answer the Mayday Call of Distress: A Coronavirus Opinion

Scott Adams Says This Spanish Ad Could Spell The End For Joe Biden… Is He Right?
August 3rd, 2020 Clash Daily

Erwin Rommel & How His Death Plays Into The Q Psyop
August 3rd, 2020 Sons of Liberty Media