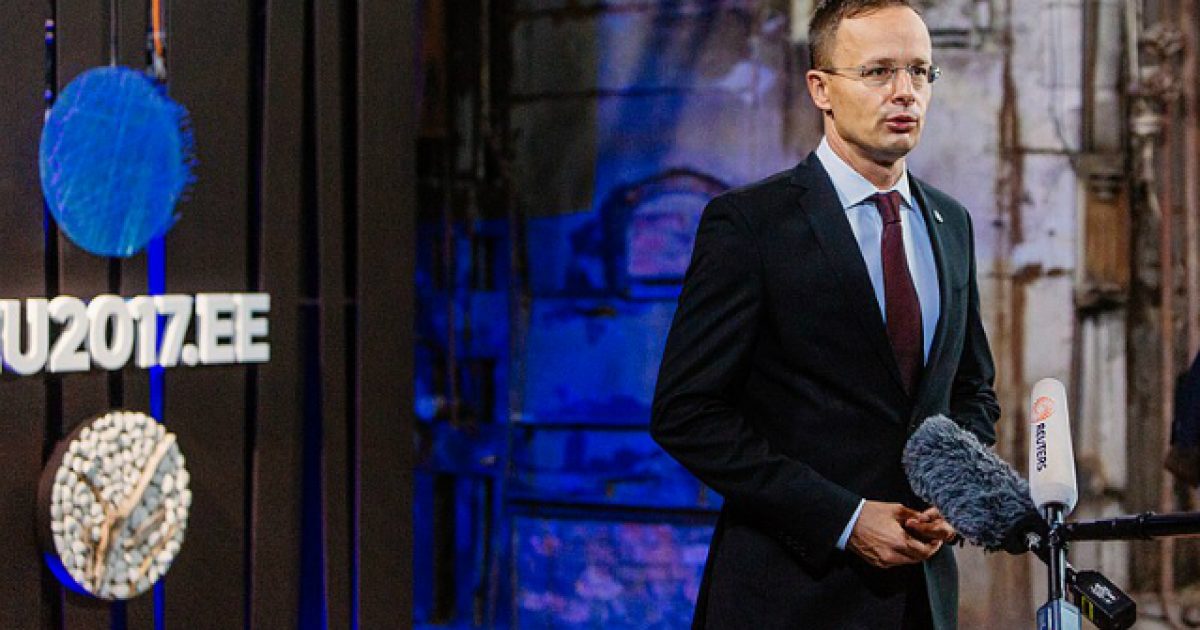 A top Hungarian official recently stated that George Kent is not a credible witness for the impeachment proceedings against President Trump, poking fun at his allegations that Prime Minister Viktor Orban encouraged the president to view Ukraine negatively.

“This is a great honor for us, to be honest, that we were portrayed as a central European country which can change the position of the president of the United States,” Hungarian Foreign Minister Peter Szijjarto joked in an interview with the Washington Examiner on the sidelines of the NATO Leaders’ Meeting. “It can be taken as an honor. Well, I’m afraid it has distance from reality, to be honest.”

Orban emerged as an unlikely player in the Ukraine impeachment controversy in October, when a senior State Department official testified that the Hungarian leader had contributed to Trump’s distaste for Ukraine. George Kent, one of the State Department’s top officials for Europe, told lawmakers that Orban echoed Russian President Vladimir Putin in portraying Ukrainian President Volodymyr Zelensky as in a “thrall” of corruption.

“He’s not that credible in this regard,” Szijjarto said of Kent, whom he noted did not attend Orban’s May 13 meeting with Trump. “Simply because he was not there. I was there, he was not there.”

“Viktor Orban’s beef with Ukraine is derived in part [from] his vision, in my opinion, of a greater Hungary. This issue of greater Hungary is at the top of Orban’s agenda. And so he has picked this particular issue and, for instance, blocked all meetings in NATO with Ukraine at the ministerial level or above because of this particular issue. So, his animus towards Ukraine is well-known, documented, and has lasted now two years,” Kent continued.

Kent then went on to say in his testimony that the Hungarian leader launched into an attack against Ukrainian President Zelensky during his meeting with Trump.

“Both Putin and Orban extensively talked Ukraine down, said it was corrupt, said Zelensky was in the thrall of oligarchs,” Kent said.

Sijjarto said that wasn’t the case.

Sijjarto went on to state that Orban would no longer veto NATO meetings with Ukraine if Zelensky took time to repeal the laws that they oppose.

“We had, and we still have, good hopes when it comes to President Zelensky, because we think that he can be a game-changer. We cross fingers for his success.”