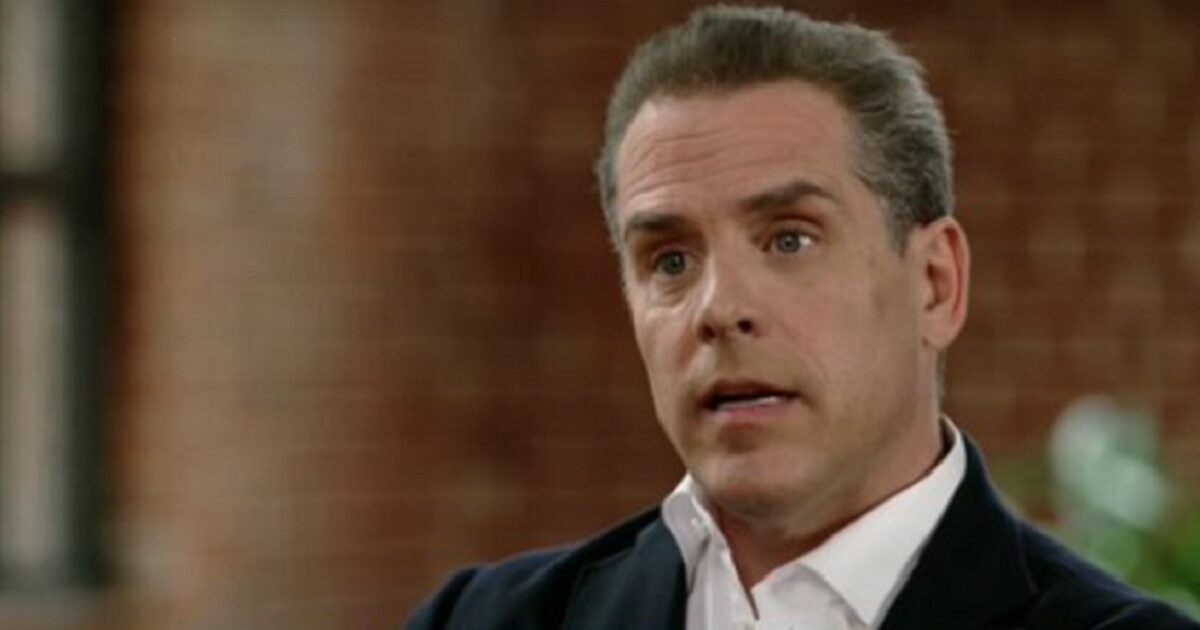 As 2020 came to a close, all of us were hoping we’d be having a better 2021 after the annus horribilis of the coronavirus pandemic and George Floyd riots.

For almost all of the individuals in President Joe Biden’s orbit, that’s generally been true.

For Hunter Biden, it hasn’t.

For the president’s wayward son, the revelations and accusations that have come this year have been major: If information in his autobiography is correct, he almost certainly lied on a federal form to obtain a firearm.

CNN, MSNBC, the Washington Post & the New York Times have all refused to cover Hunter Biden’s use of the n-word. What would they have done if one of Trump’s sons had used the n-word? This is the very definition of media bias. Read & share this: https://t.co/fKLFQdtv44

They’ve been minor-but-seriously-embarrassing: He bragged about smoking crack with former Washington, D.C., Mayor Marion Barry, among other faux pas.

You can file this one in the third category, although it’s yet another sign that Hunter Biden believes that the rules simply don’t apply to him. And when someone calls him on it, he’s willing to name-drop Barack Obama’s daughter to get him out of trouble.

According to newly reported emails found on his infamous laptop, Hunter once claimed that the mistress he slipped into his office after hours was actually a basketball “mentor” to his daughter Maisy and Sasha Obama.

Biden fathered a daughter with the woman, Lunden Roberts, now 29. Not that he was a particularly ebullient dad; he was forced to take a paternity test after he denied the child was his and refused to pay child support. After a legal struggle, he settled out of court last year.

At the time of the 2017 incident, Hunter was accused of letting guests in through a side door to avoid security at the House of Sweden, a Washington building where Hunter leased space. There’s a good reason for that level of security, considering the fact the building is home to the embassies of Sweden and Iceland.

After an email from the building management politely reminded Hunter of the rules, he responded with an angry missive in which he claimed Roberts was actually a basketball coach — or “mentor,” as he put it.

The incident was first reported by the Swedish newspaper Expressen in February. Bits of Hunter’s email to building management came out then, including an accusation that someone was being racist and judgmental toward his visitors. (“If [name redacted] has a problem with my guests’ race or attire, I think we should all sit down and talk about it with a lawyer present,” Hunter wrote.)

The exchange was sparked by a simple request from the House of Sweden office management:

“It has again come to my attention that it appears that visitors have gained access to number 507 through the northern entrance after office hours – as we have 24/7 video surveillance throughout the building,” the real estate representative for the building wrote. “Help us keep the building safe by following House of Sweden’s rules.”

The U.K. Daily Mail got hold of the full email to building security that Hunter wrote in September of 2017, obtained from his infamous laptop. Amazingly, it turns out to be more privilege-tastic than you probably imagined it to be.

For starters, it’s worth noting Roberts had played basketball at Western Illinois University and Arkansas State University, according to Heavy. She didn’t particularly distinguish herself in either capacity; she played one season at Arkansas State, during which she scored 3.2 points per game.

That’s not how she came to Hunter’s attention, however.

The New York Post reported she met the future president’s wayward son at his favorite strip club in Washington — the Mpire Club, where Roberts was employed in, um, a capacity other than management. (At the time, it’s worth noting, Hunter was in a relationship with Hallie Biden, the widow of his brother Beau.)

If you’re going to go off on the management of the House of Sweden for not letting you break the rules, however, it’s difficult to score points by saying you were trying to get a stripper into your office without going through security.

“Lunden is in her final semester at George Washington University’s National CSIS Masters Program and ranked #1 in her class,” he wrote, according to the Daily Mail.

“I had phoned ahead to let security know that my youngest daughter’s basketball mentor she worked out with Maisy and Sasha Obama when they played in rec league together. Maisy, my daughter continues ton [sic] pursue a NCAA Div. One team and Lunden continues to help.”

He also pasted part of her sporting history.

“Averaged 21.5 points, seven rebounds and three assists during her senior season at Southside…was a four-year letterman, earning all-conference honors in her final three seasons and all-state honors as a junior and senior…an AHSAA All-Star game nominee and McDonald’s All-American following her senior season,” the email stated, according to the Daily Mail.

She was an above-average high school player who didn’t do much in college and was now a “mentor” to Maisy and Sasha Obama did I mention Sasha Obama?

Before introducing Lunden, “Biden went on a rant about how someone in the House of Sweden was a bigot who was targeting his guests because of, among other things, how big they were.

“For some reason [name redacted] seems to be offended or concerned with the shape size color ethnicity weight — who knows — of my visitors,” Hunter wrote.

“I have never tried to evade security and that can be confirmed by all members of your security team. I assume that [name redacted] is now referring to ‘visitors’ THAT RECENTLY ENTERED THE BUILDING THROUGH THE NORTH ENTRANCE WHERE THEY WERE MET AT MY OFFICE DOOR BY SECURITY.”

There was more White House name-dropping when it came to another guest he let in: “In particular (among several) [name redacted] took issue with a middle aged African American woman who because of her economic circumstances was dressed in clothes I will assume Ms. [redacted] would associate with an extremely poor person,’ he wrote.

‘The woman’s name is [redacted] and I have known her for 17 years. She has had a very difficult life, but is one of the more honest and caring people I have ever known. She has been homeless for quite sometime and I have always tried to help by giving [redacted] odd jobs that fit with her odd hours so that she can have somewhere safe to sleep. I assure you she is not a threat to the Icelandic Ambassador.

“IF YOU WOULD LIKE HER TO COME IN AND PROVIDE ID FOR BACKGROUND LET ME KNOW,” Hunter said, again making good use of that caps lock key. Also, he made sure whoever read it remembered who he was: “She has stayed in MY parents home. She has been to the White House with me and she has met my entire family.”

Hunter would eventually give Lunden Roberts a job at his consultancy firm, Rosemont Seneca, in 2018. A Daily Mail report earlier this month alleged that, in private messages found on his laptop, Hunter ordered Roberts to be kicked off the firm’s health insurance after she gave birth.

In his recent memoir, “Beautiful Things,” Hunter claimed he didn’t even remember the encounter that begot him a daughter.

“My relationship with Hallie [Biden] belonged to a whole other category, and the other women I’d been with during rampages since my divorce were hardly the dating type,” Biden wrote.

“We would satisfy our immediate needs and little else. I’m not proud of it. It’s why I would later challenge in court the woman from Arkansas who had a baby in 2018 and claimed the child was mine – I had no recollection of our encounter. That’s how little connection I had with anyone.

“I was a mess, but a mess I’ve taken responsibility for.”

Hunter Biden’s “taken responsibility for” this mess, yet he won’t even mention Lunden Roberts or his daughter by name in his memoir.

Sasha Obama’s name, on the other hand, comes readily to his mind.

Given the other unpleasant surprises that doubtlessly lie on the laptop that keeps on giving — as well as that pesky tax investigation — one doesn’t see 2021 getting any brighter for Hunter Biden.

78 Women and 78 Men Competed Against Each Other in Historic Golf Tournament, Leading to One-Sided Results