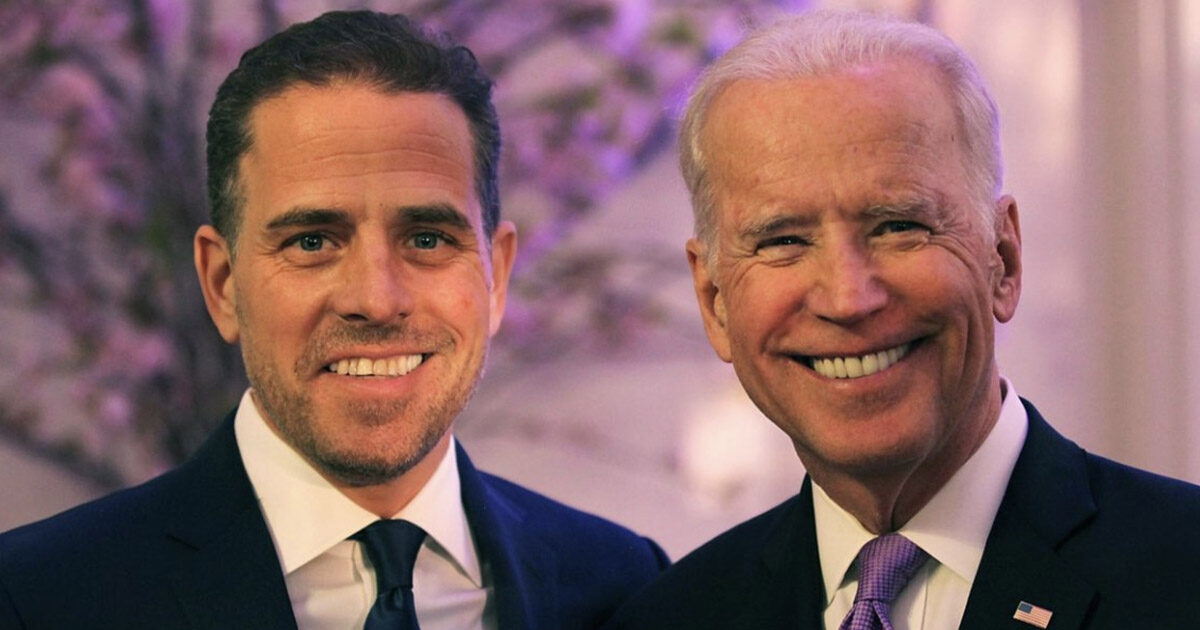 One of the most prominent storylines leading up to the 2020 election had to do with one of the cardinal sins of politics: Nepotism.

There were concerns among some Americans that Joe Biden, who was vying for the office of the President, may have used his clout and connections to set his son Hunter Biden up with some cushy foreign contracts, leading to the latter’s rapid increase in wealth.

The pair have long denied any such arrangement, but now there appears to be evidence to the contrary.

Peter Schweizer, president of the Government Accountability Institute (GAI), said on Monday that his organization had confirmed that President Joe Biden “was a direct beneficiary” of Hunter Biden’s financial deals with foreign interests.

“We do have a copy, by the way, here at GAI of [Hunter Biden’s] laptop and all the files,” Schweizer said on the Sean Hannity Show. “It confirms that Joe Biden was a direct beneficiary.”

GAI asked, “How can we demonstrate whether the emails are real?” … We already have, for example, Hunter Biden’s Secret Service travel records. They were released by Senator [Ron] Johnson’s committee. These are the official records that say the Secret Service traveled with Hunter to this location, to that location, etcetera.

So we asked, “Do the emails on Hunter Biden’s laptop correspond with the travel records? If our email references that [Hunter] is in Dubai on a certain date, does that line up with the Secret Service travel records? Absolutely, 100 percent.

So there is no question. Of course Hunter Biden hasn’t denied it. But there’s no question that the laptop emails that we have possession of are 100 percent accurate and correspond directly with existing material, and the information is devastating.

Any and all stories beginning with the Hunter Biden laptop discovery have been buried by the infotainment industry, who’ve made no effort to hide their biases in recent months.