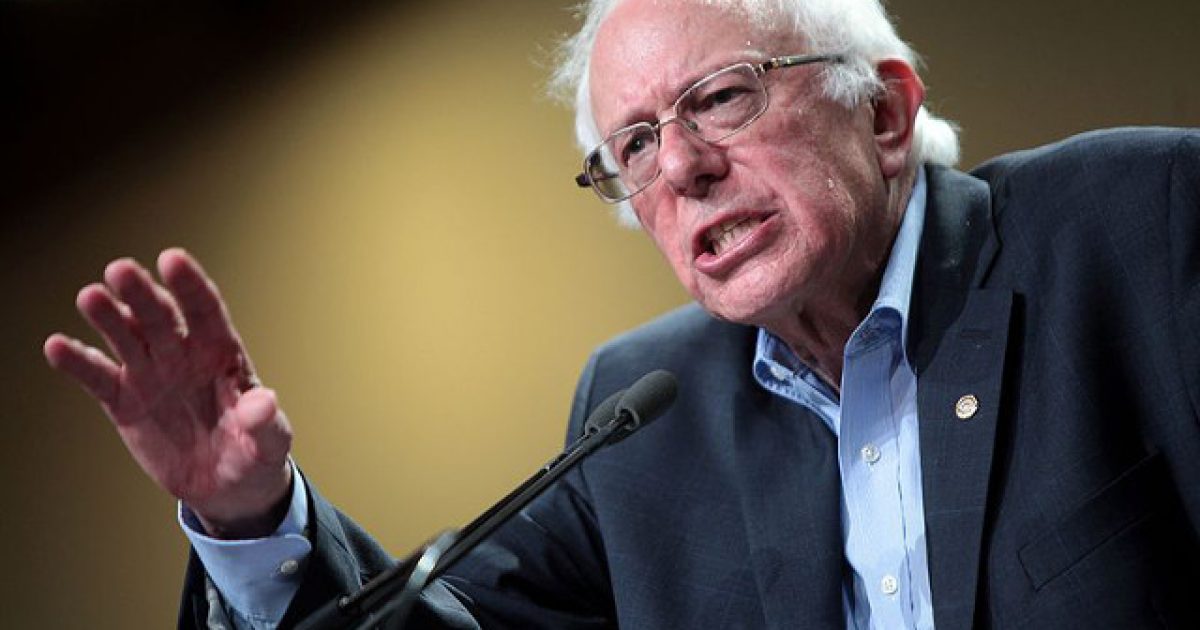 Democratic presidential candidate Sen. Bernie Sanders’ campaign is in the midst of a labor battle against its own union workers who are demanding they get paid the same $15 hourly minimum wage Sanders is trying to force on other American employers across the country.

In doing this, Sanders has revealed that liberals only really stand up for the principles they claim to hold when it’s politically convenient. When it’s time for them to be held accountable to their own policies, they suddenly change their tune.

This is called hypocrisy.

Bernie 2020 made history earlier this year, when it became the first presidential campaign whose workers are represented by a union. According to The Washington Post, the employees did not waste any time in utilizing their collective bargaining rights.

The Post obtained emails and other documents showing the conflict over pay has been going on since May, the same month campaign workers ratified a contract to be represented by the United Food and Commercial Workers Union Local 400.

In a draft letter set to be sent to campaign manager Faiz Shakir as early as this week, the union argues that field organizers “cannot be expected to build the largest grassroots organizing program in American history while making poverty wages.

“Given our campaign’s commitment to fighting for a living wage of at least $15.00 an hour, we believe it is only fair that the campaign would carry through this commitment to it own field team.”

The letter explains that salaried field workers making salaries of $36,000 annually are working at least 60 hours per week, making their average pay less than $13 an hour. Union representatives go on to say, “many field staffers are barely managing to survive financially, which is severely impacting our team’s productivity and morale. Some field organizers have already left the campaign as a result.”

The union is asking for field organizer salaries be boosted to $46,800, and for 100 percent of health care costs to be provided for all campaign employees making $60,000 per year or less. Workers are also seeking mileage reimbursement for field staff at $0.58 per mile.

Now to be fair, it’s unclear at this point in time whether or not Sanders himself is aware of the complaints. If he’s not, then that changes things a bit.

However, if he is aware, this only further proves the original point made at the start of this piece. Liberals talk a big game, but when it comes time for the rubber to meet the road, they suddenly start singing a different tune.

The other inconvenient truth here is that a minimum wage hike will not have the desired effect that liberals think it will. It will, in fact, do more damage to the economy instead of improving things.

A hike in the minimum wage immediately results in a higher cost of living, which defeats the whole purpose behind raising the wage in the first place. The reason for this is that when the cost of producing a product or service goes up, the owner of the business has to find a way to absorb the cost in order to make a profit. This is usually done by passing the cost on to the customer by raising prices.

Many companies also have to let employees go for lack of ability to pay them due to increased wage. Others will be more selective about the kind of people they hire for positions, which means the barrier to entry for many companies and industries will be higher, preventing folks from getting valuable work experience they need to establish an employment history.

In other words, this is a horrible idea and those who are pushing for it need to stop.