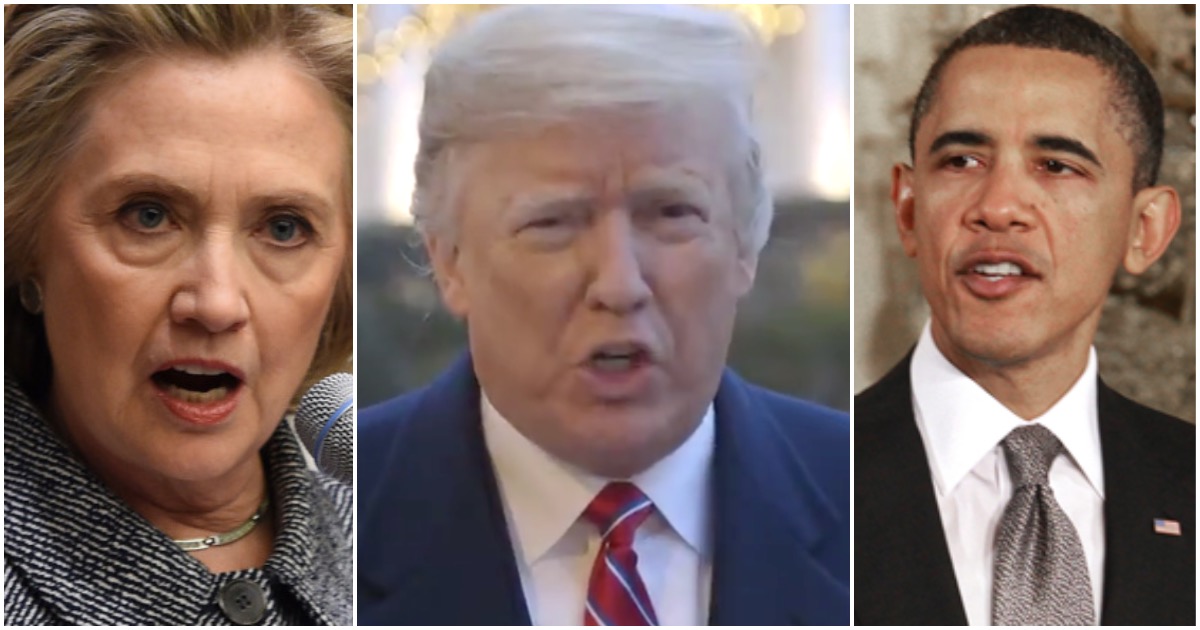 President Trump landed a solid blow to both Hillary Clinton and Barack Obama before bed on Thursday night.

It wasn’t even that hard, either.

All Trump did was use their own words on border security against them.

It was pretty simple, actually.

Let’s not do a shutdown, Democrats – do what’s right for the American People! pic.twitter.com/bZg07ZKQqo

Pretty wild how Democrats used to be all for border security as recently as a handful of years ago.

In 2015, Hillary boasted about voting to build “barriers” on the southern border to keep out illegal aliens while she was a senator.

On Hillary’s stance, per Weekly Standard:

On Schumer, via Fox News Insider:

While speaking in Texas days before the midterm elections before 18,000 at the Toyota center, Trump said the Honduran migrant caravan (with some people reportedly from Congo, Bangladesh, and other nations) is paid for, and “Democrats had something to do with it.”

HERE WE GO: Judge Orders Mueller to Hand Over Documents, & Things Get Interesting

AOC Says That If President Trump Wants To Stop The Rioting Then He Has To Implement Her Socialist Agenda (VIDEO)
June 2nd, 2020 Clash Daily