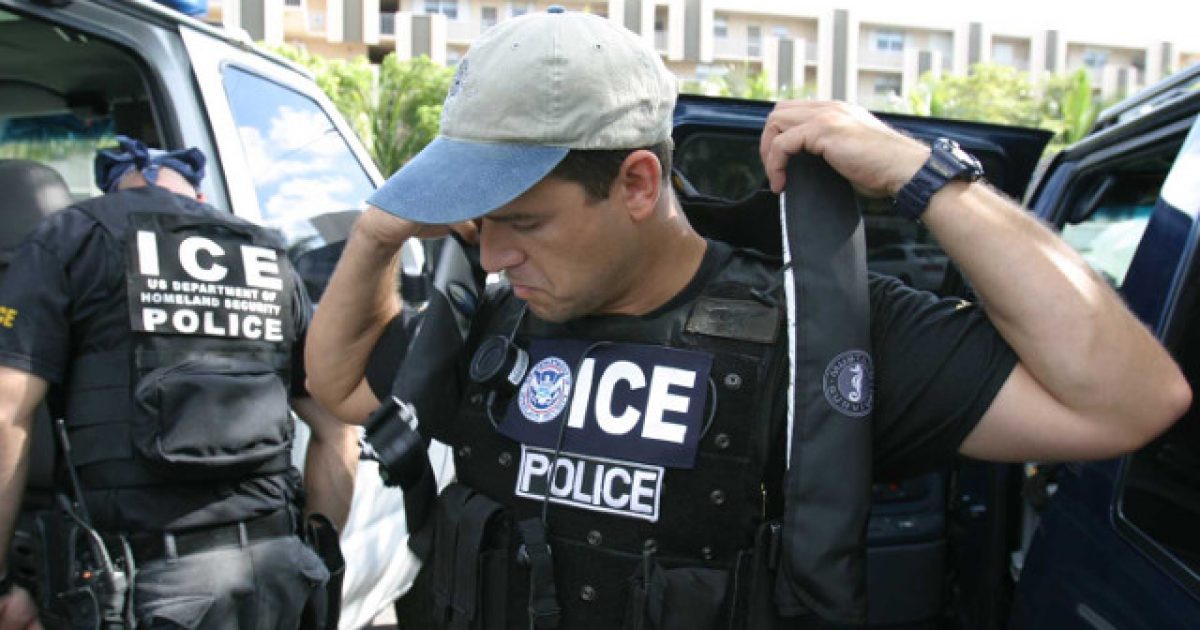 Police in Portland, Oregon refused to come to the aid of Immigration and Customs Enforcement agents trapped inside their building by violent protesters holding a week long demonstration.

The National Immigration and Customs Enforcement Council, a group that represents ICE employees, sent a cease-and-desist letter to city’s mayor, Ted Wheeler, demanding that he ensure the police provide equal enforcement of the law to protect all citizens.

This is truly disgraceful behavior and these police officers ought to have known better.

“Your current policy forbidding Portland law enforcement agencies from assisting employees of the Immigration and Customs Enforcement Agency who request law enforcement assistance while at or away from work is a violation of the United States Constitution’s Equal Protection Clause,” the letter says.

Demonstrators, some affiliated with the domestic terrorist organization Antifa, set up a city of tents outside the ICE offices. After setting up camp, they became violent and incited violence several times.

“Every person in law enforcement knows there are few things as dangerous or as unpredictable than an angry mob,”said Chris Crane, president of the national union, WWeek reported Monday. “No one could have responded quickly enough to protect our employees who were trapped inside this building. All of this because the Mayor of Portland has a beef with the president of the United States.”

The activists were able to get the government to shut down the Portland ICE offices June 20, but were able to return to work July 3, The Daily Caller News Foundation reported.

The Occupy ICE camp was officially shut down July 25, after more than a month of demonstrations. They infected the area so much, the mayor called it a biohazard.

First off, how disgusting are all of these leftists who were so filthy and dirty the place was labeled a biohazard? If that doesn’t make you turn green and nearly vomit, you have an iron gut. Be proud.

Secondly, it’s shameful that the mayor and police department were willing to place political agenda above equal enforcement of the law. That sort of thing absolutely cannot be tolerated, and in all honesty, Mayor Wheeler should resign effective immediately for dereliction of duty.

It doesn’t matter if you like the president or not. Laws exist to protect people and to keep them safe. It’s his job to enforce them. Period. If he can’t do the job, he needs to step down.