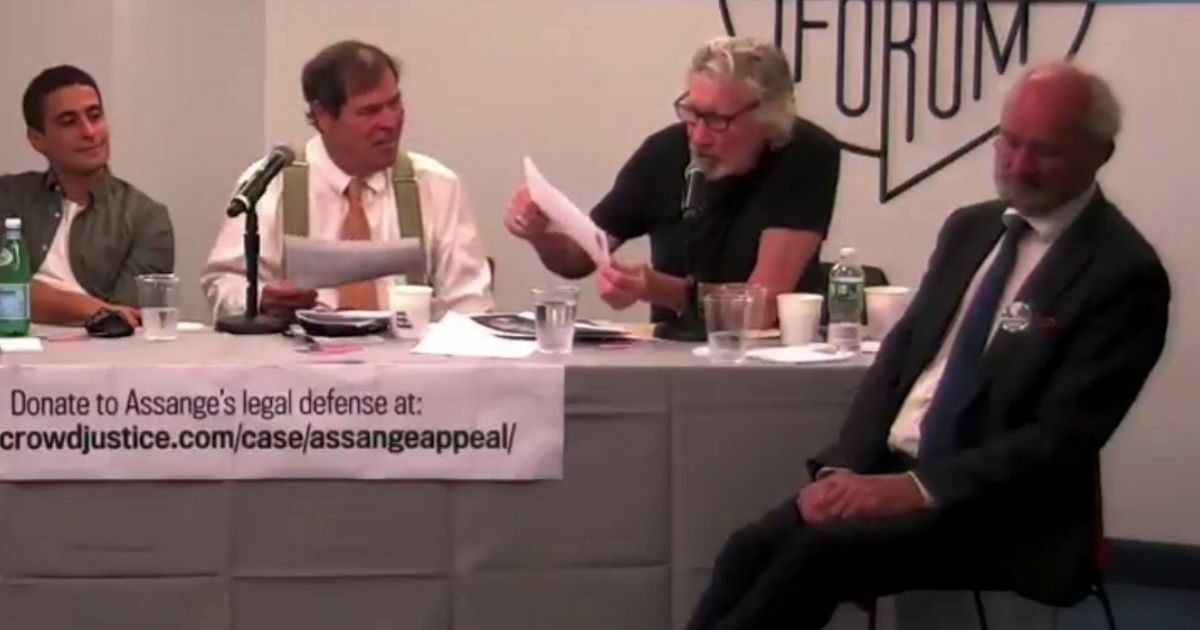 Roger Waters, co-founder of the rock band Pink Floyd, did not mince words after receiving an offer from Facebook for the rights to use the 1979 hit song “Another Brick in the Wall, Part 2″ in an Instagram ad.

Speaking to reporters at a pro-Julian Assange event held last week in New York City, Waters held up a sheet of paper he said had arrived that morning. “It’s a request for the rights to use my song, ‘Another Brick in the Wall, 2’ in the making of a film to promote Instagram.”

“I only mention that because this is an insidious movement of them to take over absolutely everything. … I will not be a party to this bulls***, [Mark] Zuckerberg.”

Water read from the letter, “We want to thank you for considering this project. We feel that the core sentiment of this song is still so prevalent and necessary today, which speaks to how timeless the work is.”

“And yet, they want to use it to make Facebook and Instagram even bigger and more powerful than it already is, so that it can continue to censor all of us in this room and prevent this story about Julian Assange getting out to the general public so the general public could go, ‘What? What? No. No More.’”

“How did this little p***k who started off by saying, ‘She’s pretty, we’ll give her a four out of five, she’s ugly, we’ll give her a one.’ How the f*** did he get any power? And yet here he is, one of the most powerful idiots in the world.”

This was a reference to FaceMash, a website Zuckerberg launched from his dorm at Harvard in 2003. The site was used to rate the attractiveness — or the lack thereof — of the women on campus and was featured in the 2010 film “The Social Network.”

The Washington Examiner contacted Facebook to confirm the story. The company told the outlet the story was true but said that Zuckerberg himself had nothing to do with the offer.

WARNING: The following video contains vulgar language that some viewers will find offensive.

We may enjoy Waters’ contempt for the tech billionaire, but his other political opinions leave something to be desired.

The Los Angeles Times reported that Waters recently supported “a cultural boycott of Israel in response to the Israeli-Palestinian conflict.”

According to the Times, Waters had been “banned by former bandmate David Gilmour from posting on Pink Floyd’s Facebook page, with its 30 million followers.”

He also loathes former President Donald Trump. At a February 2020 Q&A following the screening of his new film, “Us + Them,” he called Trump a “tyrant” and a “mass destroyer,” according to The Washington Times.

At the time, Waters couldn’t understand why young people in the U.S. were not resisting the status quo, as they were in the rest of the world.

“Because if they were, you wouldn’t have Donald Trump as a president, you wouldn’t be having all this nonsense with the Democratic primaries, with them trying to destroy the only candidate who can possibly win against Donald Trump, [Sen. Bernie] Sanders,” he said.

Continuing his diatribe, Waters said, “We’re living here in a fool’s hell. The United States of America is not a fool’s paradise; it’s a fool’s hell. And watching [the film], it reminded me that the great battle is the battle between propaganda and love. And propaganda is winning. And sadly, the buttons of the propaganda machine are being pushed by people who are f***ing sick. These sick, sociopathic f***ers, all of them, every single one of them. Believe it or not, Donald Trump is somewhere down here, floundering around in the muddy water at the bottom of the oligarchic pool.”

“And this is a man who has failed at f***ing everything in his life except becoming the biggest … tyrant and mass murderer and mass destroyer of everything that any of us might love or cherish in the whole [world], only because he has the power. Unfortunately, he has his finger on the button on it, and he’s right. In ‘Pigs,’ when we put up that he has a bigger button and it works, it does. And it’s working all over the world, murdering brown people for profit.”

So, perhaps Waters isn’t the best judge of character and we should probably take his assessment of the Facebook CEO with a grain of salt.

Dad Shuts Down CRT with the Perfect Question: How Do I Have Two Degrees if I'm Oppressed?