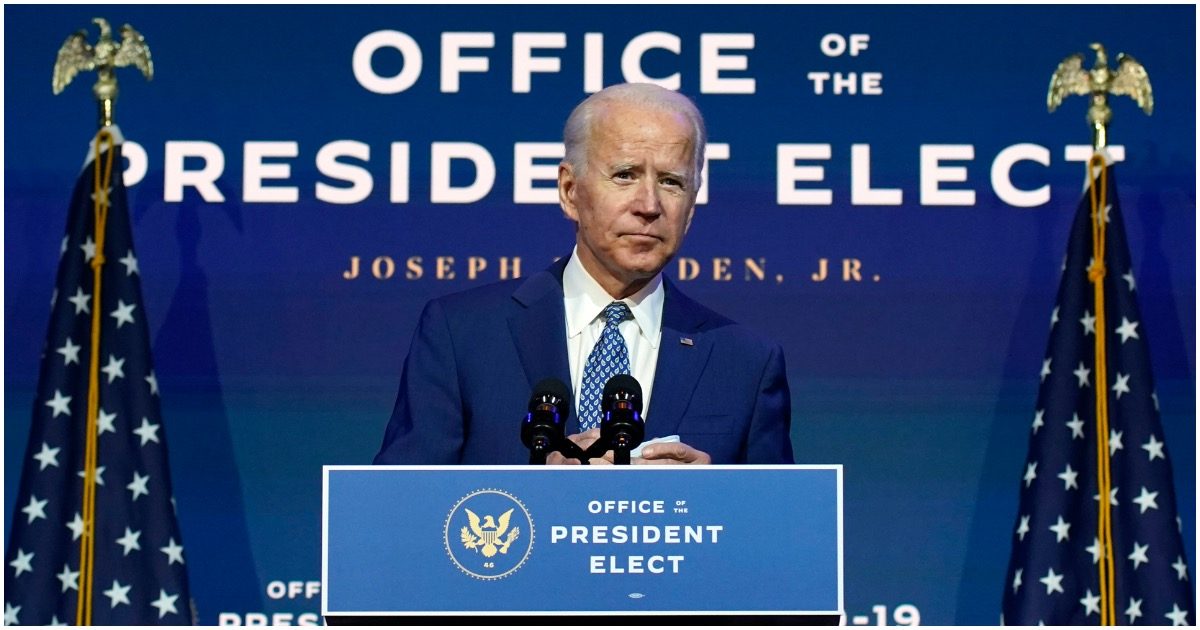 It’s going to be a long four years if Joe Biden is sworn-in as commander-in-chief. The man is a walking gaffe-machine, among other things. It’s also blatantly clear that he isn’t the person choosing his cabinet.

If he was, you would think he’d be able to pronounce their names properly. Sheesh.

And we’re supposed to believe this guy earned over 80 million votes, huh?

"For Secretary of Health and Education Services, I nominate Xavier Bacheria."

Joe Biden is a mess.

It's Health and Human Services.

And it's Xavier Becerra.

Biden doesn't know the the cabinet office or name of the official. pic.twitter.com/5joLVKgdcc

President-elect Joe Biden’s decision to take a page out of the Trump playbook and pick a recently retired general as his nominee for defense secretary has put him at odds with congressional Democrats.

Biden confirmed Tuesday in an article in the Atlantic that he has selected retired Army Gen. Lloyd Austin as the man he wants to run the Pentagon. “I chose Lloyd Austin as my nominee for secretary of defense because I know how he reacts under pressure, and I know that he will do whatever it takes to defend the American people,” Biden wrote.

Keep praying that President Trump can pull this thing off!!

Flashback: Pelosi Could Be Acting POTUS If Electoral College Can’t Elect Successor By 1/20

President Goofy said some pretty silly things about America and the Trump Administration on Tuesday afternoon. Better guess used to hearing that. Unfortunately, whether we like it or not – or whether the country can hang on long enough – we’re stuck with Joe and Kamala. These people and their supporters loathe America. It couldn’t be clearer. WATCH: https://twitter.com/tomselliott/status/1354147571552440320 https://twitter.com/tomselliott/status/1354149480367595521 Reaction from Right Scoop: Americans have not bought into a zero sum game and that’s not how America operates. But this is the bizarrely skewed version of America that Democrats want Americans to believe is happening. Which is why they always drag out this tired and very dishonest propaganda. One of the things that makes America great is that everyone in this country has the opportunity to succeed as long as government stays out of the way. It doesn’t matter if someone grows up in poverty or with a silver spoon in their mouth. Just look at Ben Carson as a great example! Joe is attempting to make it clear that he will be the most “progressive” president this country has ever seen. Not good. Not good at all.