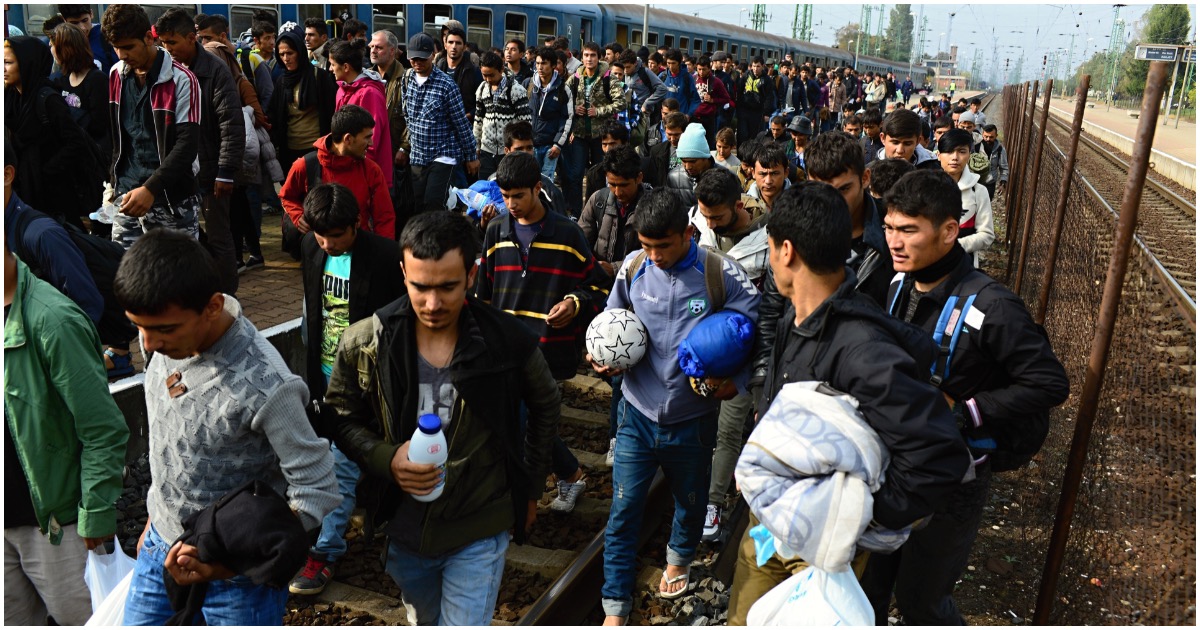 That’s because the 9th Circuit is far-left.

However, the court made a big move by siding with POTUS on Tuesday evening. He’ll enjoy it very much.

9th Circuit Court of Appeals panel AGREES to allow the Trump administration to continue its policy of forcing some migrants to remain in Mexico for the duration of their asylum case.

The panel agreed to stay the SF federal court injunction of the policy pending appeal.

9th Circuit Court of Appeals panel AGREES to allow the Trump administration to continue its policy of forcing some migrants to remain in Mexico for the duration of their asylum case.

The panel agreed to stay the SF federal court injunction of the policy pending appeal.

NEW: The 9th Circuit ruled the Trump admin can continue enforcing the “remain in Mexico” policy for some Central American asylum seekers while the case proceeds on appeal: https://assets.documentcloud.org/documents/5993259/5-7-19-Innovation-Law-Lab-Opinion.pdf … Previously from @Haleaziz on this: https://www.buzzfeednews.com/article/hamedaleaziz/asylum-policy-remain-mexico-court-trump-decision …

NEW: The 9th Circuit ruled the Trump admin can continue enforcing the "remain in Mexico" policy for some Central American asylum seekers while the case proceeds on appeal: https://t.co/AJHro8Sy6P Previously from @Haleaziz on this: https://t.co/rdYO1TvlbO pic.twitter.com/d0eksKX7J4

The Trump administration says the policy responds to a crisis at the southern border that has overwhelmed the ability of immigration officials to detain migrants. Growing numbers of families are fleeing poverty and gang violence in Guatemala, Honduras and El Salvador.

One thing that seems to go unnoticed about Donald Trump’s presidency is how he is reshaping the federal judiciary.

Now, the far-left Ninth Circuit Court of Appeals is set for a big league makeover.

Once Trump’s latest picks to the 9th Circuit, including Ken Lee and Dan Collins, are confirmed as expected and remaining vacancies are filled, 13 of the 29 active seats on the key appellate court will be filled with judges picked by Republican presidents. At this time last year, 16 judges on the 9th Circuit were appointed by Democrats, with only six chosen by Republicans.

45 is doing what he was elected to do.

That’s why he’ll be re-elected next year.

Kavanaugh Sides With Liberal Justices Against Apple, Now Becoming An Ally for Democrats

FLASHBACK: Obama Admin Spent Hundreds of Millions On Lawyers for the Undocumented

The video of a Minnesota police officer with his knee on the neck of George Floyd obviously looks extremely brutal. And, at the same time, the officer has a history of complaints filed against him. The thing is, people jump to conclusions way too soon. We all know this. It was sad that Floyd died, that goes without saying. But we don’t know the whole story just yet. WATCH: NEW: Minnesota prosecutor says video showing George Floyd’s death is “terrible” but says there’s “other evidence that does not support a criminal charge” https://twitter.com/BNONews/status/1266136952874696709?ref_src=twsrc%5Etfw%7Ctwcamp%5Etweetembed%7Ctwterm%5E1266136952874696709&ref_url=https%3A%2F%2Ftherightscoop.com%2Fwatch-minnesota-county-prosecutor-says-there-is-other-evidence-that-does-not-support-a-criminal-charge-against-officer-in-george-floyds-death%2F Lest we forget… https://twitter.com/CrankyTRex/status/1266154825605099521?ref_src=twsrc%5Etfw%7Ctwcamp%5Etweetembed%7Ctwterm%5E1266154825605099521&ref_url=https%3A%2F%2Ftherightscoop.com%2Fwatch-minnesota-county-prosecutor-says-there-is-other-evidence-that-does-not-support-a-criminal-charge-against-officer-in-george-floyds-death%2F From New York Post: A man was shot dead outside a Minneapolis pawn shop Wednesday night as violent protests over the death of George Floyd rattled the city, authorities said. Minneapolis cops are investigating reports that the victim was a looter shot dead by an owner of the business, police department spokesman John Elder said at press briefing early Thursday. The man was found with a gunshot wound outside Cadillac Pawn and Jewelry on East Lake Street near Bloomington Avenue at about 9:25 p.m. local time, Elder said. MORE: https://twitter.com/mukhtaryare/status/1266115955714936832?ref_src=twsrc%5Etfw%7Ctwcamp%5Etweetembed%7Ctwterm%5E1266115955714936832&ref_url=https%3A%2F%2Ftherightscoop.com%2Fbreaking-minnesota-gov-calls-out-the-national-guard-in-response-to-rioting-over-george-floyd%2F https://twitter.com/cbsnewspath/status/1266008553636139009?ref_src=twsrc%5Etfw%7Ctwcamp%5Etweetembed%7Ctwterm%5E1266008553636139009&ref_url=https%3A%2F%2Ftherightscoop.com%2Freport-looter-shot-dead-by-pawn-shop-owner-as-minneapolis-riots-raged-and-fires-burned%2F

The Blessing of Compassion
May 29th, 2020 TCP News