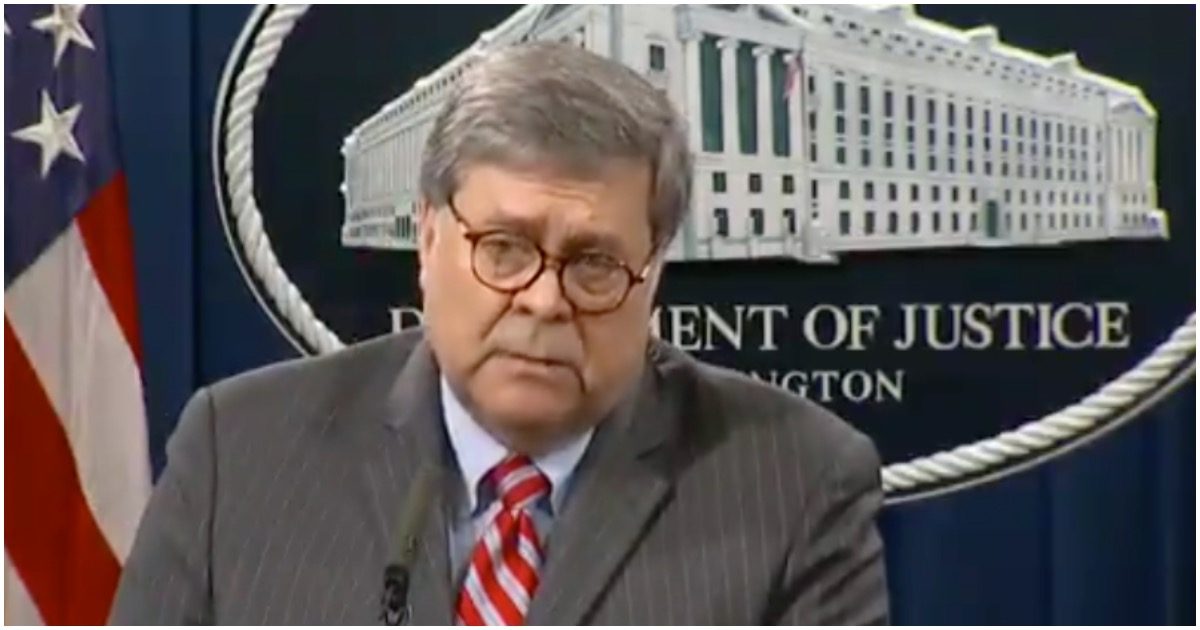 Well, it appears as though both Barack Obama and Joe Biden are off the hook once again – for now, at least. The odds of either of them actually being punished for anything were always going to be slim to none.

Here’s the latest from the attorney general, via Fox News:

Attorney General Bill Barr said Monday he does not expect U.S. Attorney John Durham’s review into the origins of the Russia probe will lead to a “criminal investigation” of either former President Barack Obama or former Vice President Joe Biden — while noting that their concern of “potential criminality” in the conduct of that probe is “focused on others.”

This comes after both Obama and Biden — the presumptive Democratic presidential nominee — have faced heightened criticism from Republicans for any potential role in the early stages of the probe. Trump last week even called for Obama to be summoned to testify before Congress.

Barr says he does not "expect" that the ongoing review of the Trump-Russia probe will lead to a criminal investigation of Barack Obama or Joe Biden: "Our concern over potential criminality is focused on others" https://t.co/HcJ4ge7ZNj pic.twitter.com/N7F0WvaeFE

AG BARR: "What happened to the President in the 2016 Election.. was abhorrent, it was a grave injustice and it was unprecedented in American history." pic.twitter.com/tCxHfoLZIJ

Attorney General William Barr’s office slammed far-left NBC News host Chuck Todd on Sunday for “deceptive editing” after Todd took remarks that Barr made out of context and used the distorted remarks to smear the Department of Justice (DOJ).

Today on Meet The Press, @chucktodd wildly took context out of an answer AG Bill Barr gave about his decision to drop the case into Gen. Michael Flynn.

I cut Todd's segment along with Barr's full answer together. Look at how blatantly dishonest this is. pic.twitter.com/tODOEwL48V

Very disappointed by the deceptive editing/commentary by @ChuckTodd on @MeetThePress on AG Barr’s CBS interview.

Compare the two transcripts below. Not only did the AG make the case in the VERY answer Chuck says he didn’t, he also did so multiple times throughout the interview. pic.twitter.com/PR1ciceMmE

And now, the apology…

NBC News’ “Meet The Press” admitted late on Sunday that their segment earlier in the day on remarks made by Attorney General William Barr last week was false after host Chuck Todd was called out publicly by a spokesperson for the Department of Justice.

You’re correct. Earlier today, we inadvertently and inaccurately cut short a video clip of an interview with AG Barr before offering commentary and analysis. The remaining clip included important remarks from the attorney general that we missed, and we regret the error.