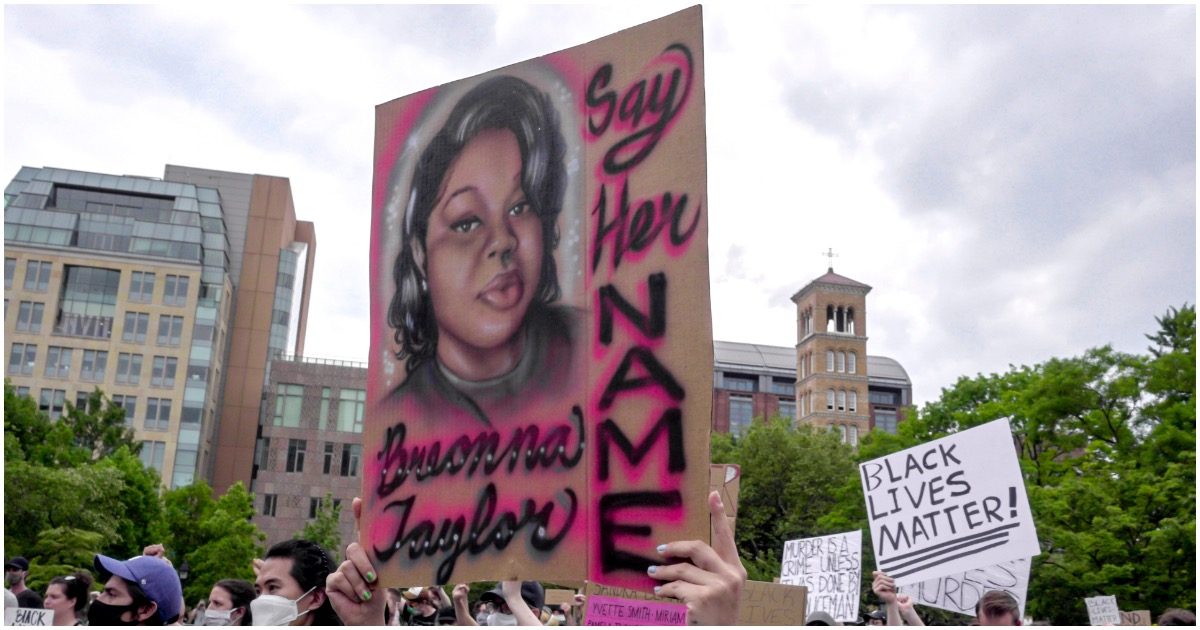 If you listened to the mainstream media on the Breonna Taylor issue, you were likely misinformed. They make it sound like a bunch of white cops just busted into her apartment and shot her point blank, while she was asleep.

Joe Biden’s pick for a top post within the DOJ knew she was lying when she kept posting to Twitter, but since she has the MSM on her side she faced no pushback.

President Joe Biden’s nominee to head the Civil Rights Division of the Department of Justice has repeatedly posted misinformation online about the death of Breonna Taylor, a 26-year-old black woman fatally shot by police in her Kentucky home last March.

Kristen Clarke is among several blue-check marks on Twitter that amplified the false claim that Ms. Taylor was lying in her bed when she was slain by police during the deadly raid. On at least one occasion, Clarke helped distort the narrative even further, erroneously stating that Taylor had been asleep in her bed when she was killed.

The facts of the case, however, indicate that Taylor was fatally shot in the hallway of her apartment after her boyfriend had shot a police officer who had busted through the door while executing a warrant.

It's been 3 months since Louisville officers killed Breonna Taylor while she was sleeping in her bed. No arrests. No justice.

We must keep giving voice to Black women who are also victims of police violence. #SayHerName #BreonnaTaylor #Protest pic.twitter.com/45fGAWpMdB

It's been 98 days since #BreonnaTaylor was killed in her own bed. The officers who killed her have NOT been arrested or charged.

For #Juneteenth, I am honoring her family & her community, by demanding that the State Attorney General hold the officers accountable –> 502-696-5300 pic.twitter.com/pLloNzM5aP

It's been 130 days since Breonna Taylor, a first responder, was murdered in her bed at night. There have been no arrests. There has been no justice.#BreonnaTaylor #JusticeForBreonnaTaylor pic.twitter.com/pRraLuJJpk

It's been 180 days since Breonna Taylor was shot and killed in her own bed. Breonna's family deserves justice.#JusticeForBreonnaTaylor pic.twitter.com/NWv64FSJZ7

If a Trump nominee was in a similar position, he or she would be forced to bow out.

Flashback: Biden Boasts of Vermont’s Beauty, Problem Is That He’s In New Hampshire

DAVIDSON: The Credentials of Educators in the Age of Over-Information