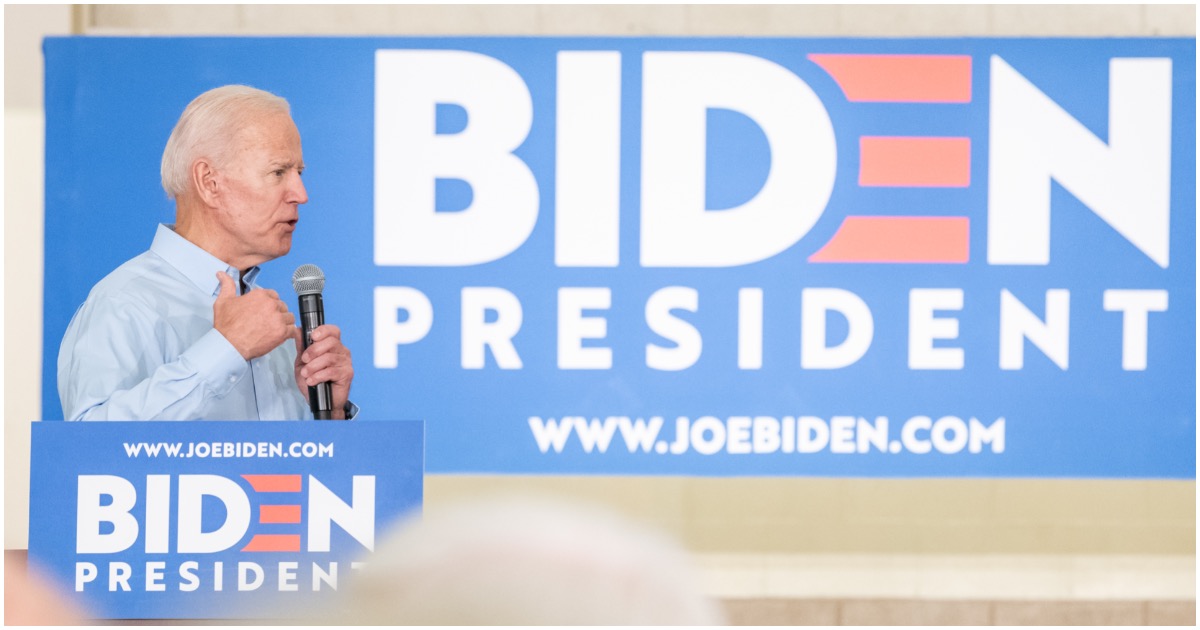 And not with his wife, either.

Although Joe firmly remains the Democrat frontrunner, he may not find himself in that position for very long.

President Trump, well known for being a counterpuncher, has had enough of the Democratic Party taking shots at him, raking him over the coals, and being in the way of him accomplishing the agenda he set out to accomplish when campaigning for president back in 2015-2016. The latest scheme of the Democrats is, of course, the impeachment proceedings, with the Senate trial set to begin this week. Trump has claimed there has been “zero fairness” for him by the radical left in this country who have been on a witch hunt to see him removed from office for a long, long time. Here’s more from Fox News: “They didn’t want John Bolton and others in the House. They were in too much of a rush. Now they want them all in the Senate. Not supposed to be that way!” Trump tweeted Monday, referring to Democrat-sought witnesses like Bolton, his ex-national security adviser. https://twitter.com/realDonaldTrump/status/1219285375736328192 “Cryin’ Chuck Schumer is now asking for ‘fairness,’ when he and the Democrat House members worked together to make sure I got ZERO fairness in the House,” he continued. “So, what else is new?” https://twitter.com/realDonaldTrump/status/1219286662221651970 The president’s tweet comes just hours after Senate Democratic Leader Chuck Schumer, D-N.Y., vowed to “force votes on witnesses and documents” in the impeachment trial, which is slated to begin Tuesday. “We Democrats aim to get the truth,” Schumer said. “Make no mistake about it, we will force votes on witnesses and documents, and it will be up to four Republicans to side with the Constitution, to side with our democracy, to side with the rule of law, and not side, in blind obeisance, to President Trump and his desire to suppress the truth. Because, in my judgment, he probably thinks he’s guilty.” One thing liberals have never been able to stand…

Things are heating up in Virginia as pro-Second Amendment citizens of the state show up at a massive pro-gun protest rally to let the state government, particularly Gov. Ralph Northam — the blackface guy — know exactly what they think of the gun ban being pushed by Democrats in the government. Protesters made it clear in no uncertain terms they’ve had enough of Northam, as they demanded that he step down from his position immediately. Here’s more on this from The Washington Examiner: “Hey-hey, ho-ho, racist Ralph has got to go,” the protesters chanted about Gov. Ralph Northam, a Democrat. https://twitter.com/dcexaminer/status/1219252570612555776 Thousands of Second Amendment activists took to the streets for a rally on Monday in response to sweeping gun legislation proposed by Northam and the commonwealth’s Democratic-controlled General Assembly. https://twitter.com/MichaelCoudrey/status/1219270532668915713 The legislation would limit purchases of handguns to once a month, virtually ban military-style weapons, and give local governments the authority to seize guns from people law enforcement deems a threat to the public. The proposed measure has sparked outrage among gun enthusiasts in the state, where nearly 100 towns, cities, and counties have declared themselves “Second Amendment sanctuaries.” https://twitter.com/gmoomaw/status/1219275065000415233 Our Founding Fathers would truly be proud of the people of Virginia for opposing tyranny and standing up boldly for their God-given right to defend themselves from oppressive government by upholding the Second Amendment, featured prominently in the Bill of Rights in the Constitution. This is precisely why they also enshrined freedom of speech in the Constitution, to enable every day citizens to air their grievances with the government and allow like-minded individuals to form movements that would put pressure on elected officials to uphold the law of the land. Kudos, Virginia.

President Trump, well known for being a counterpuncher, has had enough of the Democratic Party taking shots at him, raking...

Things are heating up in Virginia as pro-Second Amendment citizens of the state show up at a massive pro-gun protest...

It’s become something of a joke to say that Democrats do nothing but pass the buck and avoid taking personal...

McConnell Said To Have “Kill Switch” For Hoax Impeachment If The Democrats Get Out Of Control According To Sources
January 20th, 2020 Right Wing Tribune