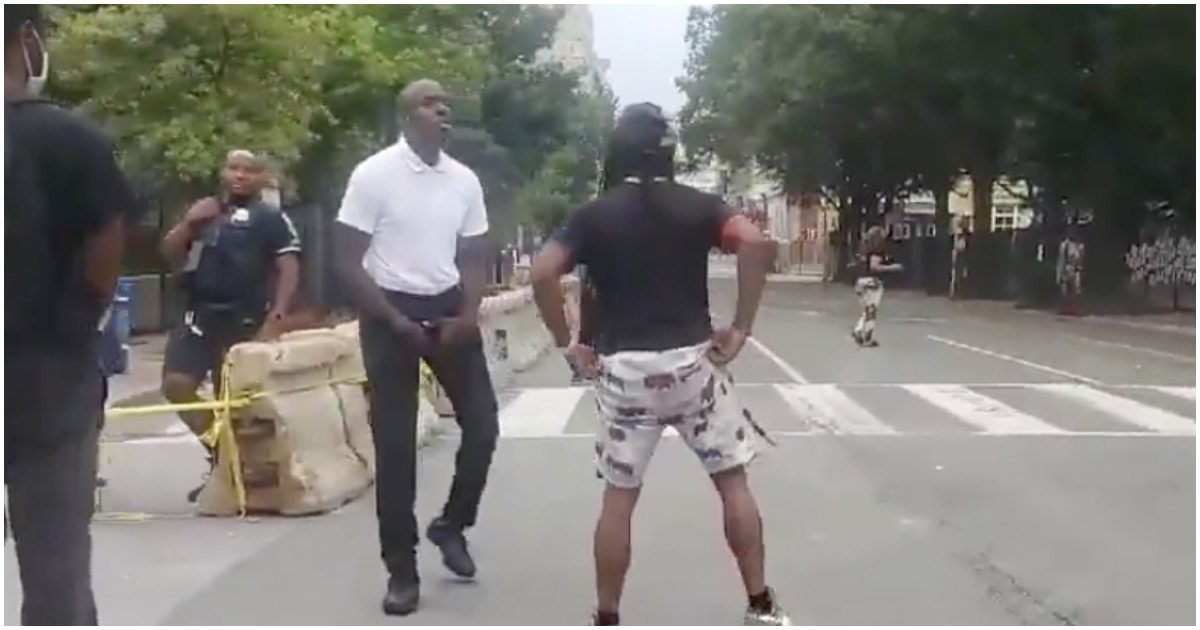 Actions have consequences. Punch a guy in the face, especially in front of cops, and you should expect to get arrested. That only makes sense, right?

You can’t commit assault in broad daylight. You shouldn’t do it ever.

But lefties don’t care about law and order. They want anarchy.

Breaking – #BLM protester punches Trump supporter in the face then is immediately arrested. Things are getting hostile at BLM plaza. Stay tuned for more updates on the ground pic.twitter.com/wL5fPF7z7P

Protesters were angry at cops for arresting the guy! Unreal, man.

Protesters angry at police that a #BLM protester was arrested after assaulting a Trump supporter here on #BLM plaza moments ago pic.twitter.com/aiPNADapCC

Related Topics:Black Lives MatterBLMCOPSFeaturedICYMIprotesterTrump
Up Next