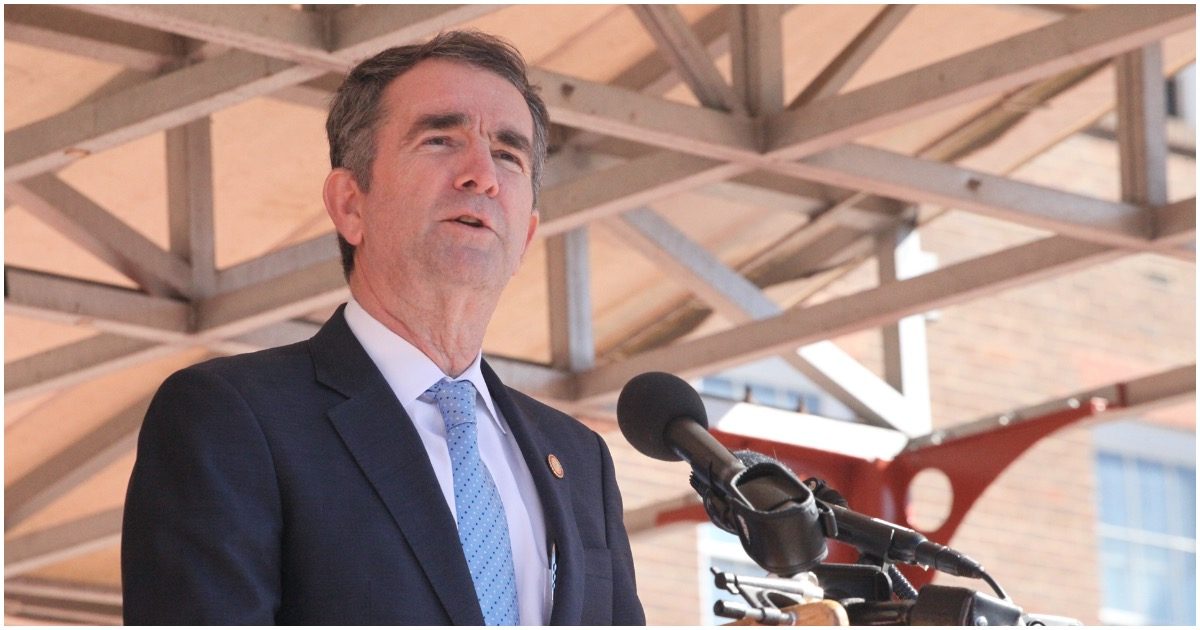 Virginia’s Ralph Northam is dedicated to eroding the United States Constitution, one piece at a time. It’s just what liberals do. They enjoy it. They get some sort of twisted pleasure from it.

As if being known for wearing blackface in his youth wasn’t enough to hurt Northam’s image in 2019, the far-left governor now wants to go after law-abiding gun owners. Because, why not? He’s got the media on his side.

As if Virginia Gov. Ralph Northam’s wholesale attack on law-abiding gun owners wasn’t enough, the disgraced public official and his Michael Bloomberg-bought allies in the General Assembly now want the state’s hard-working taxpayers to foot the bill for their unconstitutional schemes. The budget bill (HB30) includes an appropriation of a quarter million dollars to carry out a host of gun control measures that Northam and his anti-gun allies hope to enact.

The $250,000 is appropriated to the Corrections Special Reserve Fund in order to provide for the “increase in the operating cost of adult correctional facilities resulting from the enactment” of Northam’s gun control measures. Among the enumerated laws that this allocation is meant to fund is a ban on commonly-owned semi-automatic firearms, the criminalization of private firearms transfers, and gun confiscation orders issued without due process.

Oh, brother. What were Virginians thinking?

A 1997 Department of Justice-funded study of the 1994 federal “assault weapons” ban determined that “At best, the assault weapons ban can have only a limited effect on total gun murders, because the banned weapons and magazines were never involved in more than a modest fraction of all gun murders.” A 2004 follow-up Department of Justice-funded study came to a similar conclusion. The study determined that “AWs [assault weapons] and LCMs [large capacity magazines] were used in only a minority of gun crimes prior to the 1994 federal ban,” “relatively few attacks involve more than 10 shots fired,” and “the ban’s effects on gun violence are likely to be small at best and perhaps too small for reliable measurement.”

Better to remain silent and be thought a fool than to open one’s mouth and remove all doubt.

The Clinton-ally says racists and white supremacists like Donald Trump have no place in the Old Dominion state.

Clearly, McAuliffe forgot that the state’s current governor, Ralph Northam, either wore blackface or dressed in a KKK outfit (he can’t remember which) in his youth.

It was kind of a big scandal earlier this year, Ter-bear!

Racists and white nationalists have no place in the Commonwealth of Virginia. Go home, @realDonaldTrump.

Racists and white nationalists have no place in the Commonwealth of Virginia. Go home, @realDonaldTrump. https://t.co/YJjumL6o7Z

You can’t make this stuff up. It’s like straight from The Babylon Bee.

You support a governor who wore black face while Donald Trump was being awarded along with Muhammad Ali and Rosa Parks. Makes sense. 🙄

Weird… I was a 2-term elected party official in VA, and never saw Nazis and white nationalists.

It’s almost as if they literally just fell out of the sky just when y’all needed them.

Alright… who’s going to tell him?

You might want to address that with the Governor of Virginia Sir. Don’t be a hypocrite.

According To Report, Soleimani Was Targeted And Killed Because He Planned To Attack US Personnel Throughout Region