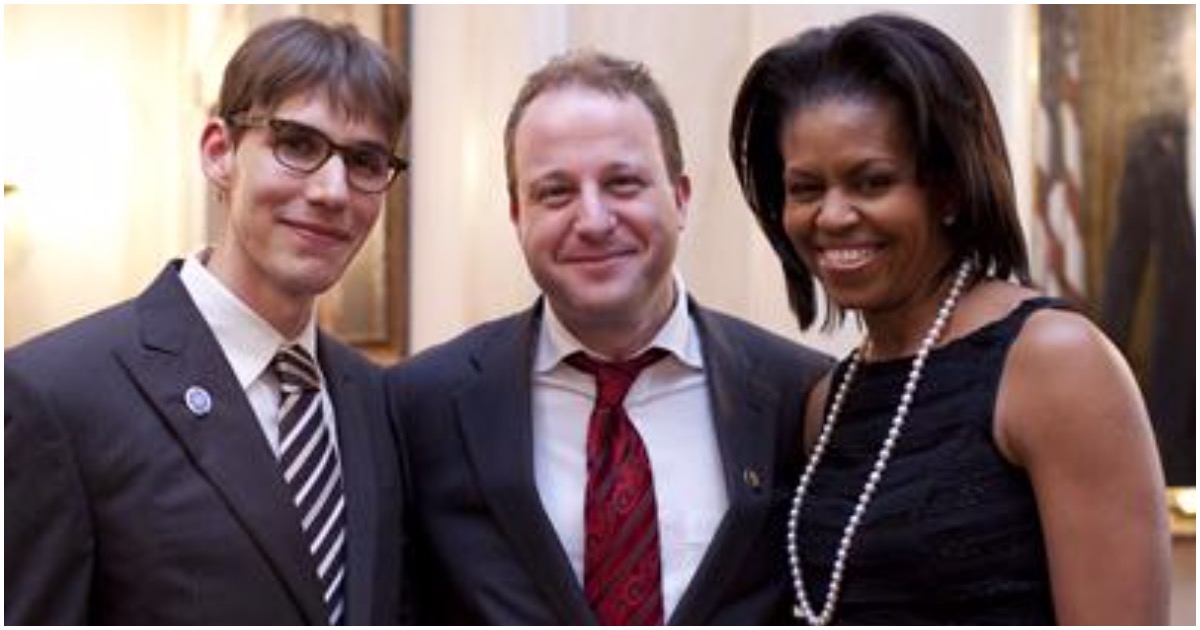 Jared Polis was elected governor of Colorado in 2018, despite carrying some baggage.

More on that below in just a bit.

Now, Polis has signed a bill that will hand Electoral College votes to the winner of the nationwide popular vote.

If all Democrat governors start doing this, it could definitely wind up being a problem for Republicans.

The National Popular Vote Act makes Colorado part of a multi-state compact — but it only takes effect if and when enough states join to control 270 electoral votes.

About Polis’s baggage, as mentioned above – circa late 2018…

A two-decades-old police report details an altercation between Democratic gubernatorial candidate Jared Polis and his former personal assistant, as he attempted to prevent her from leaving his office with stolen documents.

In the police narrative, Polis said he pushed Patricia Hughes, at the same time that she was hitting him with a bag. The police report from June 23, 1999, was first written about in the conservative outlet The Washington Free Beacon. Polis is listed as the victim on the report. Hughes was charged and pled guilty to stealing trade secrets after police found company contracts in her bags.

Everyone now knows about his racist yearbook photos. He also admitted to using shoe polish as blackface when dressing like Michael Jackson.

Now, a 2013 video shows Northam refusing to shake the hand of a black opponent.

What’s wrong Ralph Northam? Afraid it might run off? https://t.co/JsPoIOhq6p

Video: Here's the clip of Justin Fairfax being asked point blank if he thinks @RalphNortham and/or his allies are behind the allegation of sexual assault annnnnd Fairfax seems to think that's the case pic.twitter.com/XZZtkWrt7C

Brown: “I believe that this approach is necessary because we have a lot of work to do over the next few years. Oregon’s state motto is not, ‘She rests on her laurels.’”

The liberal Ninth Circuit Court of Appeals has once again decided to go against President Trump.

No Rules for Radicals