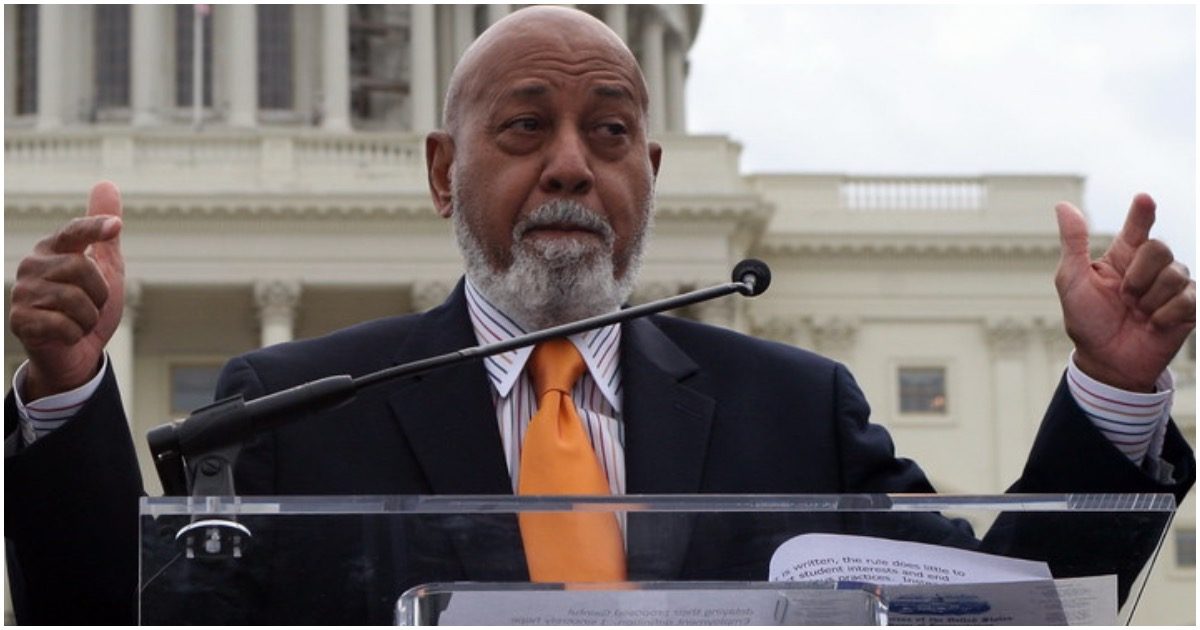 Some of you may know the story of Democrat Rep. Alcee Hastings (FL), but there’s a decent chance that most don’t. Before being elected as a Congressman, Hastings was a federal judge.

Alcee accepted a bribe. He was subsequently impeached and removed from office. It begs the question, how in the world did the public trust this man enough to then elect him to public office? Craziness.

In 1998, Hastings voted against impeaching President Bill Clinton. Go figure. Now, Dems have tasked Alcee with basically setting the rules for the impeachment of President Trump.

Here’s something you don’t see every day: Alcee Hastings, a former federal judge impeached and removed from the bench for taking bribes, participating in a House hearing that sets the rules for an impeachment. (Yes, Florida man strikes again…)

Here's something you don't see every day: Alcee Hastings, a former federal judge impeached and removed from the bench for taking bribes, participating in a House hearing that sets the rules for an impeachment. (Yes, Florida man strikes again…) pic.twitter.com/GCSAl94Jdp

Here’s the historical document, from the Senate:

In 1981, a federal grand jury indicted Judge Alcee L. Hastings, appointed to the federal district court in 1979, along with his friend William A. Borders, a Washington, D.C. lawyer. Hastings was charged with conspiracy and obstruction of justice for soliciting a $150,000 bribe in return for reducing the sentences of two mob-connected felons convicted in Hastings’ court. A year after Borders was convicted of conspiracy, the result of an FBI sting effort, Hastings’s case came before the criminal court. Despite Borders’ conviction, and the fact that Hastings had indeed reduced the sentences of the two felons, he was acquitted in a criminal court in 1983 and returned to his judicial post.

Subsequently, suspicions arose that Hastings had lied and falsified evidence during the trial in order to obtain an acquittal. A special committee of the 11th Circuit Court of Appeals began a new probe into the Hastings case. The resulting three-year investigation ended with the panel concluding that Hastings did indeed commit perjury, tamper with evidence, and conspire to gain financially by accepting bribes. The panel recommended further action to the U.S. Judicial Conference, which, in turn, informed the House of Representatives on March 17, 1987, that Judge Alcee Hastings should be impeached and removed from office.

The trial committee presented its report on October 2, 1989. Sixteen days later, the trial began in the U.S. Senate, with prosecution and defense given two hours to summarize their cases. The Senate deliberated in closed session on October 19, 1989. The following day, the Senate voted on 11 of the 17 articles of impeachment, convicting Hastings, by the necessary two-thirds vote, on 8 articles (1-5, 7-9). On two articles (6, 17) the vote fell short of the required majority to convict. On article 11, the Senate voted 95 not guilty to 0 guilty. Having achieved the necessary majority vote to convict on 8 articles, the Senate’s president pro tempore (Robert C. Byrd) ordered Hastings removed from office. The Senate did not vote to disqualify him from holding future office.